A brief understanding of markets

This isn't meant as financial advice for you. It's meant as documenting my financial journey to me so that when I get back to this spot I can remember it.

I didn't do much trading before I got into crypto. I didn't really like it and I wasn't very good at it. A good chunk of the problem is that I was pretty delusional about how the world worked. I was raised as a progressive democrat in Massachusetts suburbs. This is about as delirious as one can really get.

Anyway, after doing this stuff longer I started reading Wyckoff. he's the guy that basically created technical analysis (TA). When people are charting lines and talking about support and resistance these are terms that were popularized out of his work.

A big part of what he write about is how the entire market is basically setup for whales to fleece everyone else. I've been managing hive-engine and tribaldex for a while, and watching trading of millions of dollars of assets. I feel more comfortable with this statement after the experience.

Why does this matter now? Well, I see the price of bitcoin and a lot of assets going down pretty far. That seems to be happening for 2 major reasons.

You should probably talk to someone even more experienced about 1 if you really want to get a good understanding of it. I've heard concerns from it's all Putins fault, to it's money printing, to it's a shemitah year and the jews that run everything are obligated to smash markets every seven years. I think those are mostly bullshit and it's frustrating to hear about 1 group of people being blamed for all of this mess.

That said, the people I'm most comfortable blaming are the biggest whales in the game: The Central Banks. They stopped buying/selling about a year ago, and we've seen the havoc that caused. Add in the rate hikes and the environment around energy production and you have high interest against high inflation, and the money printing and reckless spending by the US government over the last 20-30 years leads to some giant mess.

Anyway, 1 has made for a rough market, but 2 is where the fun really is.

Alan Greenspan used to talk about "irrational exuberance" in the stock market. I didn't get why people would push prices so high or push them so low. Aren't things basically worth what they were a month ago?

Well, after having watched things for a while and taking in Wyckoff's mentality of it's all about fleecing people I think I have a quality understanding.

Where things get really wild is that Bulls and Bears like to mess with eachother. You can see this most routinely in little short squeezes. Lots of people start leveraging their money that markets will go down. A bigger player comes in and forces the market up, and all the little guys get liquidated trying to buy back their shorts at elevated prices to satisfy the terms of the short.

So, that's what happens routinely, but let's look at the extremes at the end of cycles. Bitcoin just had it's worst month ever clocking in a 40% decline in a single month. It was marked by destruction of many different companies who got liquidated.

This article has a good summary of them.
https://www.zerohedge.com/crypto/bitcoin-breaks-below-19k-sec-rejects-spot-etf-jpm-says-deleveraging-well-advanced

A while back it was actually peter schiff that called that companies like Celsius were extremely risky. They took customer funds on the promise of 20% annualized returns and to get there they took risky trades. They were leveraged and got rekt by bears.

I think the piece that I'm trying to impart more than anything is that it's not happenstance that the bears rekt companies like Celsius. It was in fact the entire point. you'd have to double the price of bitcoin to have it reach it's 200 week moving average. Bitcoin is very rarely this far below the price. I don't think it got there organically. I think powerful people worked together to shove the price far down.

Why would they do this? Think of Celsius as a giant financial Pinata. And the bears line up and whack price down and down, and eventually Celsius breaks and the bears get all that sweet sweet honey.

So, where will the price of bitcoin be tomorrow? I don't know. There's a good chance the macro economy is a disaster and the whole thing isn't strong enough to rebound right now.

There's also the chance that bitcoin bears push the price of bitcoin up regardless of the overall economy.

Lastly there's the chance that the economy recovers. I think this would mostly happen by the government blinking on their energy policies and instead of cutting off oil and gas drilling and exploration actually opening it up. Also, they could reverse course on the fed rate hikes. Both would usher in a ton of money into markets.

So, overall, there's a couple of ways this could go. My general plan is to hodl through the lows. I'm already dead inside from having done that with steem from $10 to 8 cents. I doubt this market can kill me again. But that's not what I really wish I was doing...

More than anything I really just regret hodling through all time high prices. There would be nothing cooler than going on a shopping spree right now. So, I keep telling myself that I need to sell at the next all time high to make sure I can buy at the next time BTC is underneath the 200 week moving average. I just have to remember that sanity and joyful purchasing at the low is more important than absolute eupohoria at the top.

Again, none of this is supposed to be financial advice for you. It's just marking my financial journey for me. Hopefully someone sends me this blog at the next all time high for BTC and I remember to sell more cause living through deep bear markets is no bueno.

More than anything I really just regret hodling through all time high prices.

I really feel you here. I’ve struggled back and forth between patting myself on the back for taking a little profit and kicking myself in the pants because I didn’t take more or better position what I did take.

As far as an education goes, though, this has been a good one and those are never free. Hurry with lands so I don’t have to get a real job again. 😁

You should write more!

Excellent read bud. Thanks for posting about your take on all of this 😎

cause living through deep bear markets is no bueno.

Very informative and well articulated. Thank you for the fundamentals in the the body of work.

thanks for this post where you expressed interesting economic concepts. I believe BTC will drop to $ 10,000, we'll see.

those are some pretty good points and I can see that your learning curve is similar to mine (and probably most people entering the markets at some point).

that must have been crazy (although seeing Hive drop $3.4 to 30 cents seems to be about the same 😅). I think the point, however, is that as long as the fundamentals are there (now Hive) the volatility of the market doesn't really matter. We know that long term prices will increase on average. And as a bonus on top of that we get a 10%+ interest on Hive just for holding and interacting with the chain! Therefore we can build our wealth slowly - crucial for this of course is that the chain does not crash (Terra etc.). I think we have something exceptional here on Hive and I think we should prosper here :)

Here are some of my TAs if you are interested:

It's not financial advice but it's good to hear the thoughts of a person inside the game for a few years.

Somebody who actually knows a bit about the markets.

Similar enough to my own thoughts but it doesn't really matter as I'm holding and stacking all the way through.

Wyckoff method is based on Jesse Livermore and JP Morgan, did you read "Reminiscences of a Stock Operator"? Great book...

My general plan is to hodl through the lows. I'm already dead inside from having done that with steem from $10 to 8 cents

Lmao I can relate!!!

Awesome read Aggy. We are here all the way

You forgot to mention the fear of selling high and it just keep going higher, or selling high but it just stays there and now you have a lot of shitty fiat. ;D

Uncle AGGY will make YOU RICH !!! 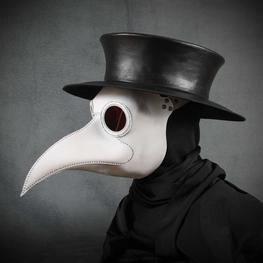 Thanks for this, highly appreciated...

I'm already dead inside from having done that with steem from $10 to 8 cents.

Great read, you should write more, I really enjoyed this!

This was such a fun read! I felt like I was reading my own thoughts! It also brought to mind an old mini-series I remember from way back in 'the old days of television' called 'Noble House', based on the 1981 novel of the same name by James Clavell.

If you like Pierce Brosnan, and John Rhys- Davies, it's a fun adaptation of the Clavell novel, and big money financial shenanigans.

For some reason I thought you might enjoy it, here's a short summary from wikipedia:

"Despite its impressive history and reputation, the international trading company Struan's (the Noble House of the title) is in trouble. Overextended by the previous management, new tai-pan Ian Dunross (Pierce Brosnan) has had to issue public stock to improve the company's financial standing. Even this, however, has not given him the capital he needs. As a result, he is courting a private investor, American billionaire Linc Bartlett (Ben Masters). Bartlett decides secretly to back Dunross' arch enemy, Quillan Gornt (John Rhys-Davies), who will stop at nothing to destroy Struan's. When Dunross realises that Gornt is suddenly strong enough to ruin the Noble House, he must urgently forge new alliances or reshape ancient ones. He romances Bartlett's second-in-command, Casey Tcholok (Deborah Raffin)."
https://en.wikipedia.org/wiki/Noble_House_(miniseries)

Thanks for sharing your thoughts and experiences, you remind me of an old Celtic Druid I used to play AD&D with! ;).
https://en.wikipedia.org/wiki/Druid