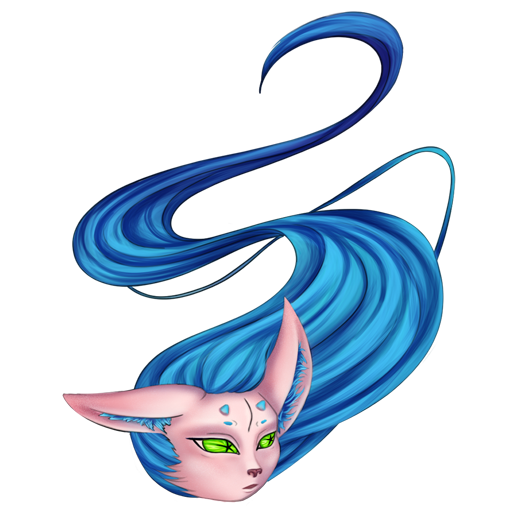 Lyranthia was not seen again for generations and became just a story in the village. The area of the forest Lyranthia and Filany lived had been forbidden now for generations.

In all this time Lyrtanthia has aged to that of an adolescent. 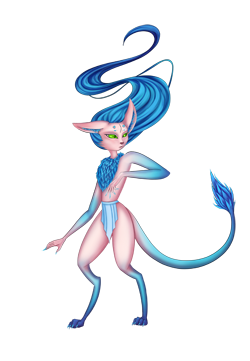 Her mother has long past, and anyone that had ever seen Lyranthia is a distant memory. All we had left of Lyranthia were stories and fear.

Then one was one born among us...

One of great strength and poise.

The strongest of us born in many generations.

"The Hunter" they called him. The most ferocious of all our hunters.

He would hunt large beasts, defeating them with his bare hands as if it were a game.

He was obsessed with hunting, and with becoming the greatest of all hunters. Strong as the beasts of the lands even as a child.

"The glory of the hunt.", he would go on and on about. Only a select few understood his meaning, as most of us did not share his passion.

Having no fear since birth, he would wander up to the old hut.

He had heard all the old stories of Lyranthia, warning him to stay clear. Telling him of great evil there. Yet even as a boy he did not fear her, instead he found her fascinating!

His parents would tell him over and over not to go up there but he was to strong. Even as a boy, they could not overpower him to stop him.

No one dared stand in his way. He would just walk through them and laugh.

Lyranthia took a liking to him.

Sarlan learned much from her. She would tell him fantastic stories that would amaze him!

She told him that she can see things...

See things about him.

She told him that he would be the greatest hunter our village has ever known. Which, of course, created and fueled his hunting obsession.

She told him that she loved him and would help him on his path all that she could.

If he was not hunting, then he was with Lyranthia.

As an adult, Sarlan's hunting obsession became insatiable. Like a thirst that could not be quenched.

The village banished him in fear...

He naturally fled to the cliff where Lyranthia lived.

He told her of his banishment, in tears he wept.

He then told her that there was still one beast he could not defeat. He asked her if she was able to make him a better hunter, so he could defeat this ferocious beast.

"The Dragra", the villagers called it. It had been tormenting the village for many moons.

He thought, that if he could defeat that beast, the village may once again take him back.

Lyranthia, coming into her powers nicely now, gave him a single choice.

To become a greater hunter, or become something even greater...

CLOSER AND CLOSER! Can’t wait to watch this world unfold and watch the game come alongside it! Great Job!