In yet another from the "conspiracy theorists were right" 2020 file, the Land of the Free denied plans for a Liberty-destroying "vaccine passport" right up until the day CNN announced it - today. 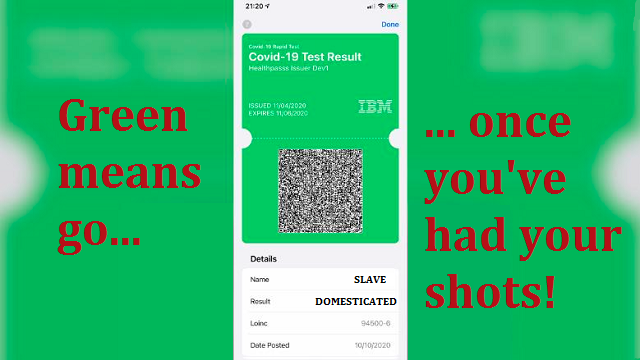 Without it, you will no longer be able to:

Canada has already announced such passports - always leading the way into tyranny (just like with cannabis "legalization"). The UK and other Commonwealth countries joined in, and now the USA admits the plan is to inject and tag every human. IBM is pushing their "Digital Health Pass" smart phone app, but several others are being developed.

Government officials denied this was the plan all along, and called people like me paranoid conspiracy theorists for predicting this was coming. Even just a few weeks ago, when the Pfizer vaccine first rolled out and they gave recipients a small card, the reaction was very negative. Government had to assure the public the card was just an appointment reminder, NOT some nefarious "vaccine passport". Yet here it is, just weeks later!

This all comes just days after Fauci admitted he lied all along, and covid19 herd immunity is NOT possible with 70% compliance - it's going to take more like 90%. Considering 70% is literally impossible (no matter what), aiming for 90% is beyond idiotic.

On top of all that, the big pink elephant in the room is that these jabs are NOT vaccines at all, and they do NOT provide immunity! They are symptom blockers for people who get infected - that's all. As far as we know, nobody is getting immunity from this untested mRNA technology. Herd immunity is achieved when the majority of the population is immune, and they're still talking about it like that's possible, even though there's no immunity provided by their worldwide vaccination program! They have literally set it up to fail, and changed society in order to do it.

Meanwhile, CNN has been constantly stoking the idea that those who don't accept the vaccine will be the downfall of the rest of us - especially those (like myself) who are openly skeptical about it and endorsing caution. It's as though they have set up a fall guy in advance.

Vaccine passports also underline the massive dangers of owning and using smart devices of any kind. We've known for years they are spying on us and manipulating us, and now we know they're going to be used to track our every movement and control what we can and cannot do. Simply NOT using a smart device makes you immune to technocratic tyranny, and the more of us 'immunized' against it this way, the more likely the pandemic of tyranny can be ended. 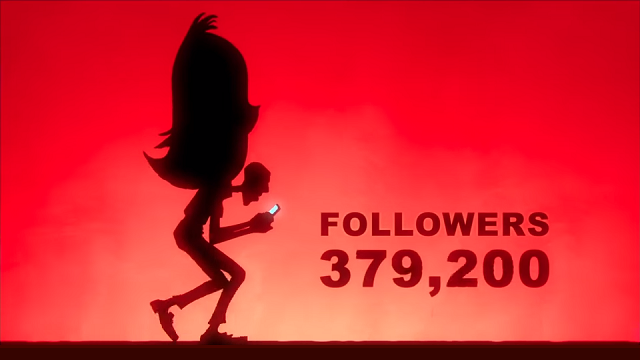 It's your body, and your decision what to allow into it. If enough of us don't want the injections (or associated digital "passports"), the plan will fail, just as the contact tracking app plan failed. Your compliance is required and they cannot finish domesticating you without it.

You're not "anti-vaxx", paranoid, stupid, or dangerous if you aren't rushing to be first in line.

Yeah the passport just means you're compliant and free to go.

Upvoted good sir, you can put the #informationwar tag on posts like this so we can find it easier :)

Will do, thanks for the recommendation :)

It's all so distressing. Clearly people are waking up to the reality that the vaccines don't provide immunity, and that Fauci and friends lied all along?