We are moving. It is taking time and effort, but it’s worth it. 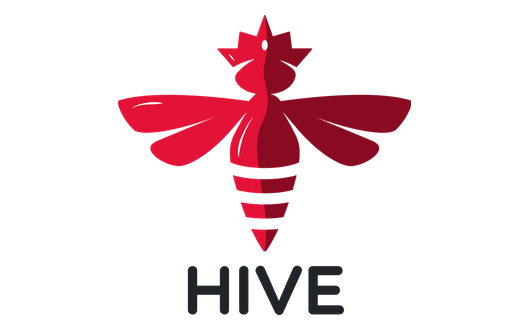 Despite a very short notice and a lot of uncertainty we were able to successfully fork.
Thank you. A big thank you to all of you who have helped make this happen.

The lucky producer was… me :-)

At the beginning Steemit Inc. decided to censor members of community that you can easily recognize such as
@roelandp, @blocktrades, @anyx, @ausbitbank, @gtg, @themarkymark, @lukestokes.mhth, @therealwolf, @netuoso, @ngc or even @cheetah.
Then, they added censorship on the hivemind level, which means the measure affects even other frontends such as SteemPeak that use Steemit Inc. API servers or software from Steemit Inc. repositories to run their API. Now even the censorship list is hidden because that’s what Steem now is.
The stake that was never supposed to be used for the purpose of voting for content or governance controls active witnesses and is used for such crucial things as applying $386 worth of downvote to @eveuncovered’s post.

There’s a lot that can be said on what’s happening out there but Hive deserves our attention more :-)

“This is a classic ideological split: the people who actively want a centralized chain can stay on Steem, the ones that don't will build Hive.”

Do you realize that it’s merely two weeks since the Hive started?
Split from Steem/Steemit doesn’t mean that we have gotten rid of all of our issues, no.
Many are still to be solved, but we have all the ingredients we need for that:

Everyone who has ever seen the collective effort put by many people working tirelessly to advance a shared goal knows what I am talking about.
Let us hope that we will continue to work in this spirit :)

My services hosted on *.steem.house no longer support Steem.

Some hosts are still up:

gtg.steem.house:2001 is up and running a seed node. A Hive seed node.

To avoid confusion https://api.steem.house no longer serves requests, it responds with:

Steem Pressure will be continued as Hive Pressure (unless you have a better name for the series)
All my Steem T-Shirts, hoodies, reflective vests, stickers need to be replaced.
A lot of promo materials, photos, videos, will be replaced over time.
I’m glad that I didn’t get a tattoo … or maybe I did? ;-)
No, I didn’t, and I’m not going to.
But I definitely need a VESTed Hive.

Nah, not even a scratch ;-)
Also, maintenance of white wardrobe would be a pain.

Oh hey gtg, i dont know if this is angood way to get your attention.

Question!!! Wondering why i can't redeem my Hive rewards. I hit the button and it goes gray.

Idk, which front-end are you using? hive.blog? peakd.com? other?
Any error messages you get while doing that?

No error messages, nothing. I just click the "redeem" buttom and it greys out. nothing else happens. This is under the notifications page, where tye redeem message shows up.

Im guessing thats where you go to redeem.

Have you tried logging in to https://wallet.hive.blog ?
As far as I remember (but I might be wrong) social part of condenser doesn't have that feature (which is a bug IMHO).

I went to Peakd and went to the payouts tab and i was able to redeem there.

Ill have to log on to the wallet though

This guy knows what's up! I second on this!

I was about to ask that question and somone else did before me. 😀

Hi @gtg . I am interested in the next steps in the development of the hive. Do you have a Roadmap? I understand that we will not see the long-awaited STM?

Hello, we are in the process of organizing our development efforts, you might find this interesting: Hive workflow proposal. IMHO Smart Media Tokens (or Hive-flavor of it) are still on the table, there were a lot of dev efforts put in there. We need however to deal with some technical debt first.

Thanks for the answer

You must be SO busy these days! Please stay safe 🙌🙌🙌🙌

I actually was planning to make some vacation, but then that past came and things started getting messy. Then COVID-19. So while I couldn't go I had a lot of time to do Hive stuff.
There's a lot of work to do, but also a lot of analyzing and planning.
Busy and tired but excited :-) (and hopefully safe ;-) )
Stay safe too. You have a Wieliczka Mines to visit ;-)

Hmmm, I'm curious where were you planning to go on vacation😉 You can always visit VN anytime(Oops... maybe not anytime... there is no flights at this moment haha)! Wieliczka Mines for sure! I need to go to Warsow and go to the Chopin concert as well!! Dreamy dreamy😍

Yes things cannot be made right in just two weeks. It will take time to sustain. We are already progressing very well. Looking forward to see a better future. 😀

Nice post. Very well out. Nice work with the first block and well done for all your efforts 😃

Thank you for all your efforts and great work!

Thanks for the hard work! I agree, all of this is very worth it. The forward momentum we have with Hive is going to shatter poor little Steemi ♨️🚼🤛

You can donate steem T-Shirts for Kids in Afrika -:)

All my Steem T-Shirts, hoodies, reflective vests, stickers need to be replaced.

This has been a big one for me...I didn't realize how much of my wardrobe had Steem logos on it!

SteemFest3 scarf fell out of my closet a few days ago. I almost wanted to wear it, such nostalgia!

I'm wearing two Steem items atm, drinking from the Steem cup.
It's OK to remember where we came from, there real Steem is with us, what they have under that name now is just a sad joke.

It still feels like a dream lol. Coming up with the idea, efforts of the community, witnesses making it a reality and here we are making a difference in a decentralized blockchain, that is worth a chill.
While thanks to all the witnesses and devs to make it a success and now the real journey begins to make HIVE reach where it deserves.
Looking forward to the Hive t-shirt (if you plan to share the image with us )

The lucky producer was… me :-)

<3 Can't imagine how honoured you must feel by that fact :D Congratz!

I'm already designing some Hive merchandise for myself, maybe I'll make them available for others as well. We gotta look sharp!

Decentralize everything. If they want to look sharp-hive, they need to do that by themselves :-P

LOL! Ok ok, I will keep my sharp-hive merch for myself and make everyone jealous muhahaha

Thanks for the Update gtg and for all of your continued efforts! What an incredible case study this has been for the world of blockchain/decentralization and crypto eh!!?

Anyone else a little thrown by the buttons/call to actions? I understand it consistent with the logo etc. but I stopped when I wanted to upvote something because I saw the colour red. Small details but it is sometimes the little things that impact long term value.

It's pretty much similar on reddit, red up, blue down.

Thank you for the update @gtg I need Hive. Please give me Hive.

I give you my Upvote! In 7 days you will recieve HP and HBD. Happy Hiving!

hive will continue to grow

thanks for your hard work!

I've started to post price and market evolution since the very beginning of the fork. Great to see how the project is progressing. Here's the price evolution with trend line from the past two weeks.

The progress of Hive is unquestionable, despite the traps and obstacles that have been put in his way. Thank you for your information and encouragement. Greetings, @gtg.

Thank you for the update. I look forward to seeing more updates. I hope all other witnesses start to do more of the same so as to inform the users who wish to learn more and attempt to make informed witness votes.

Saddening to say but it is what we are facing with now. Moving over to HIVE while keeping minimum activity on Steem, just to see what's happening on the other side.

Good work, thanks for what you do.

It's funny, the loyalists at Steemit claim WE are the centralized ones. I for one am going with the Hive. It would be both the American and Texan thing to do, so you know... powering down my Steem as we speak.

Should make a Vest with a M and a Hive logo on it. Then it's a Hive M Vest ba-dum tish