Its The Apocalypse! OH NO! Top 3 Monthly Contest: August 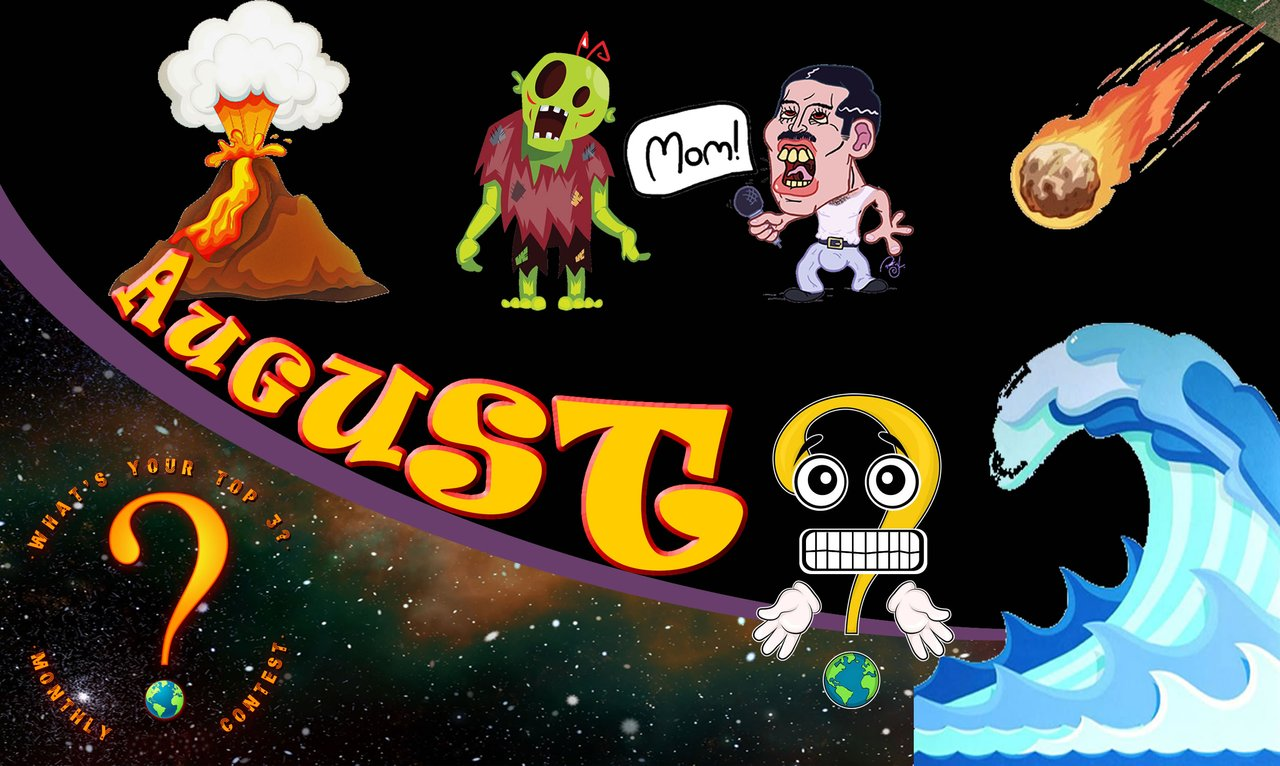 Judging by the image, Q is going through world disasters and his face tells me he is doomed. DOOOOOMED I tell ya!

I had a look at other contestants posts so far and it is as though they picked right out of my bucket of choices. Making it hard for me to choose which ones to nominate, I came up with a brilliant idea: Which movie I would not want to be in? If those movies were to come true, which scenario would I .... not feel welcomed to star in? Based on that, here are my top 3; 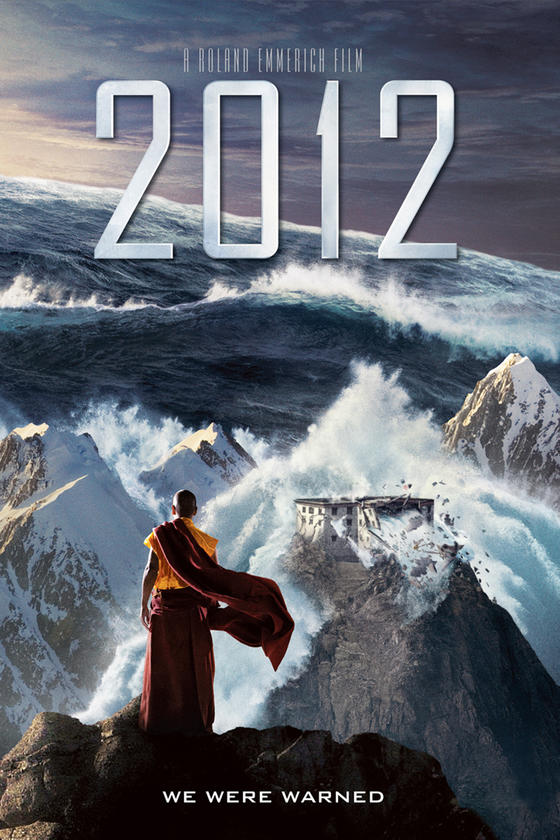 I believe this is the best end of the world movie they've ever made. I don't recall too many to be honest but this one tops them all off. The actors were brilliant, the scenarios made everything believable and how it plays out... ya that would happen (You'll know what I mean if you saw the movie and the chaos of people trying to get into the arcs) 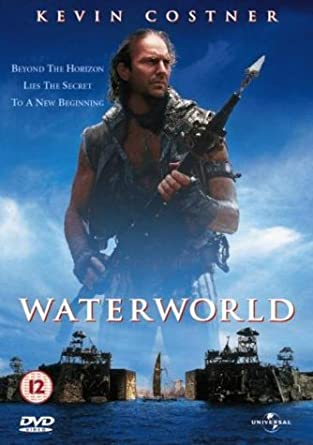 So here the world is flooded and some people mutated to adjust to the new life. I cannot image the days where my entire life is lived on a boat or a town thing floating, I am just not that good of a swimmer. The only time I could survive is if I were mutated like the main character and just live under water, away from the weird, creepy, gross, sex deprived people. Alone would be the way do it...What ever happened to Kevin Costner anyway??

A movie about the war between two worlds, heaven and hell battling it up using people as the battle grounds... Does that sound right? Basically people being possessed by demons and angels and Lucifer's son wants to cross over by being born onto earth...or plain. It's not a scary movie, I don't think Keanu Reeves can pull off a horror movie but he did pull off his roll as Constantine in this movie. Why did this one top in my 3 choices? Because in this day and age when violence and sex is very tempting and all this and all that is happening, human kind would loose. We would need a million Constantine's and angels because I think Hell might just be overpopulated. Can you imagine fighting against a supernatural being that can possess you? No, neither can I. Not up for it. I can't exactly say that this is an apocalyptic movie because dude saved the day in the end, but it could have been, so that counts, right?

So why not a zombie movie Foxy? Because I can survive in a zombie apocalypse, I have even planned things out many times if it were to happen and have even dreamed of zombie invasions. What can I say? It's my thing.

Once again, I am a panel member, so the apocalypse may not apply to me, like it may you :P

Nice picks, lol, I actually really like Waterworld even though at the time it did not get very good reviews, to me it was basically like Madmax on the sea... What is crazy about this movie is how much money they spent making it, at the time I think it was the most expensive movie ever made, this was just before CGI in movies became a thing, so building all those sets and boats was very expensive, lol

I thought the same as well for the Madmax style but I saw it once again when I was a little older. I can see it being an expensive movie, the whole thing was on top of water, I don't know if it was all filmed on the water but just as you said, the sets and all that needing building...$$$$$ Must have been fun to make though.

OMG! This is so not my genre!! I have no idea what you are talking about! Lol. We shall see what I might come up with...

You would have had to seen the movies to know more of what I was thinking I believe. If you ever get a chance, these movies are pretty good.

I will happily take your word for it! 😉

Oooh, you found some good ones I didn't think of! There really are a whole lot of movies that fit this genre. I forgot about Waterworld. I think I'd have a tough time not being on dry land, as well. Plus I doubt they'd have enough sunscreen for this pale skin of mine. 🤣 Hell might be overpopulated indeed. Constantine is actually quite an appropriate pick for this day and age! Now let's see if any of our panel entries get picked by other peeps for the actual poll!

You and @nickyhavey would have a hard time, plus the water reflex the sun, you guys will be red as lobsters lol.

Totally! What a sight that would be! 🤣

I'd be incinerated before going red!

Nice one Foxy. You've nailed it. 😁 I haven't watched any of these. Even though I should have. Waterworld especially. Although I am a fan of John Cusack so I will check 2012 out.

I think you will enjoy 2012. That one is very well played out. Waterworld is outdated of course with being old, I'd day if you were to watch any of these 3 it would be 2012 and Constantine :)

Will remember to call you if we ever have a zombie invasion in that case!

Yes please call me if ever for the zombies. I have great plans and the ideal locations to be zombie free ^_^

Haha if there's something strange, in the neighbourhood, who you gonna call? Foxy Spirit!

I ain't afraid of no zombie

Want to hear the farmer version? Of course you do!

I ain't afraid of no goats

Wasn't a big fan of waterworld, but 2012 was quite the epic movie I must say and as a big DC fan I'm always going to love Constantine, John Constantine, Asshole!

Awesome choices, Foxy! While I had the first two on my master list of 50+ movies (man, it was hard to narrow it down again this month! LOL!), I didn't include Constantine because it didn't occur to me that it actually kinda fits! Had I thought of it, it most definitely would've made my short list, because it's one of my all time faves! It will be interesting to see the dpoll choices this month for sure. Love to you and the kids!

Thank you ^_^ I do wish there were more movies like Constantine, while there are plenty of demon and possession movies they are different from Constantine and the motions of the movie.

Love to you as well. We are moving through the motions, just very tired lately.