The Art of Hiking and Cosmological Maintenance 12

Separated from food procurement processes, we often forget (or choose to ignore) the route our food takes before it lands on our dinner table. We are separated from the history of the plant or animal, and the biomass from which it was harvested. While I don’t believe that we should go back to the good old days when we had to catch our own food, there is something to be said about getting in touch with our caveman (or cavewoman) brain. 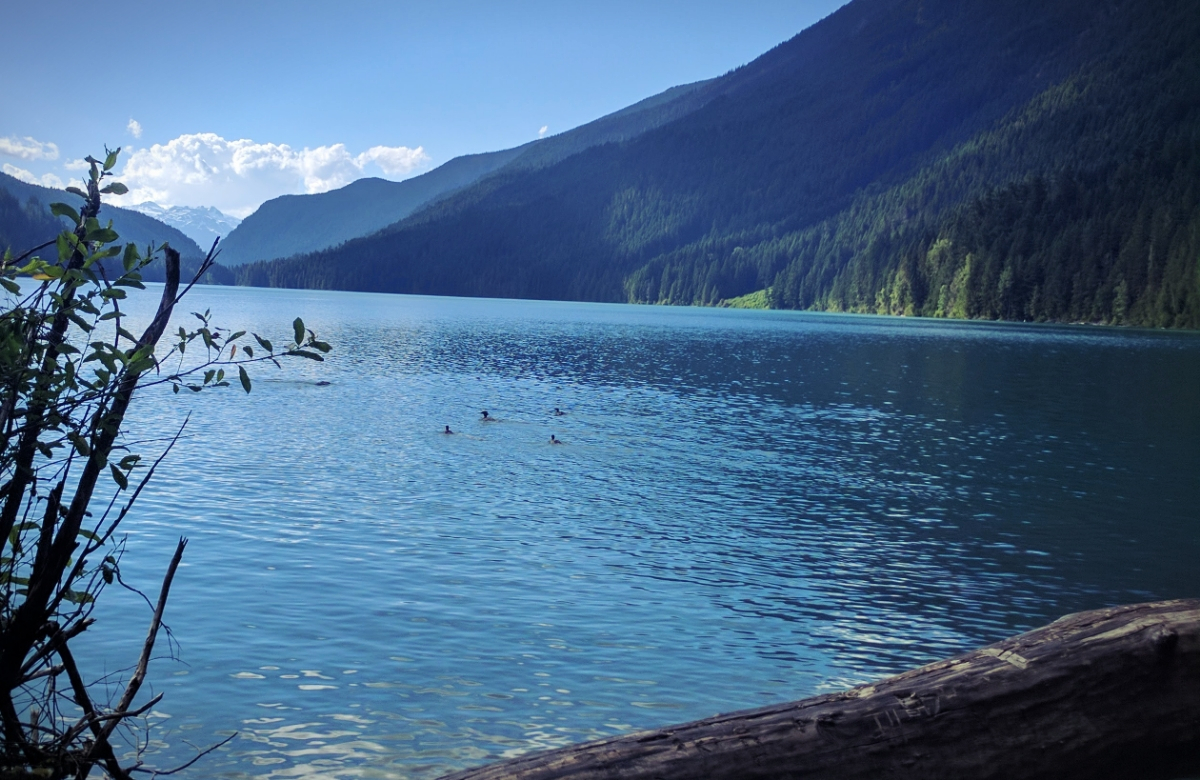 Pluma and I had caught three fishes at the mouth of the creek, where the current deposited nutrients into the lake. Late in the afternoon, we returned to the campground with our catch and began to prepare supper.

We set up our cooking area near the lake, a few meters away from the campsite. After laying out our cooking gear, we went up to the shore to clean our fish.

Unsheathing my ridiculous neon-colored camping knife, I grabbed one of the fishes and proceeded to gut it. The blade was surprisingly sharp. The Light My Fire Swedish Fire Knife is a actually a good knife in spite of the silly (but potentially useful) bells and whistles like the fire steel embedded in the hilt of the knife, just in case I ever get lost in the wilderness and need to start a fire. Just strike the fire steel on the back of the blade and come on, baby, light my fire.

The knife slides easily across the fish's belly. I can’t help but feel sorry for the creature that died such at an undignified death at the hands of a monkey with a string and a stick. Think of it. There you are minding your business in the water, looking for food when you get hooked in the mouth with a metal barb, dragged out of the water, whacked on the head with a rock, and stabbed with a knife between the eyes or some such gruesome procedure.

Why should I feel bad for the fish? We fought and struggled against each other. He fought a good fight. In the end, the fittest won. The intelligence adapted to extract biomass effectively through trickery won the day, so to the victor goes the spoils, as they say in Rome.

A notice by the park rangers advised campers to dispose of fish guts and leftovers in the lake. Otherwise, the smell would attract bears and other animals to the campground.

So after gutting the fish, I threw its innards in the lake. I was cleaning the second one when I saw a flock of ducks swim out of the bushes and across the water. Mama and her ducklings. They made a B-line for the spot where I had thrown the fish guts. Then they disappeared beneath the surface and returned with fish entrails in their mouths. A frenzy ensued. The ducks who got no fish began chasing the ones who did. It was a mad dash across the surface.

I threw the guts from the second fish into the lake and another commotion ensued.

“Crazy birds,” I said. I turned to Pluma and handed her the knife. “So you can clean your fish.”

“You do it,” she said alarmed. I shook my head. Begrudgingly, she took the knife. I could see the range of emotions on her face as she stuck the knife in the fish’s belly and ripped it open. She reached in and pulled the guts out, then she threw them in the lake. The mad ducks dove after them, came back up, and dashed across the water flapping and squeaking.

Pluma laughed at the birds’ antics. Then she knelt by the edge of the lake and rinsed her fish with cold water. The light reflected off the water and shone in her eyes. There was a look of pride in her eyes as she held up the clean fish. 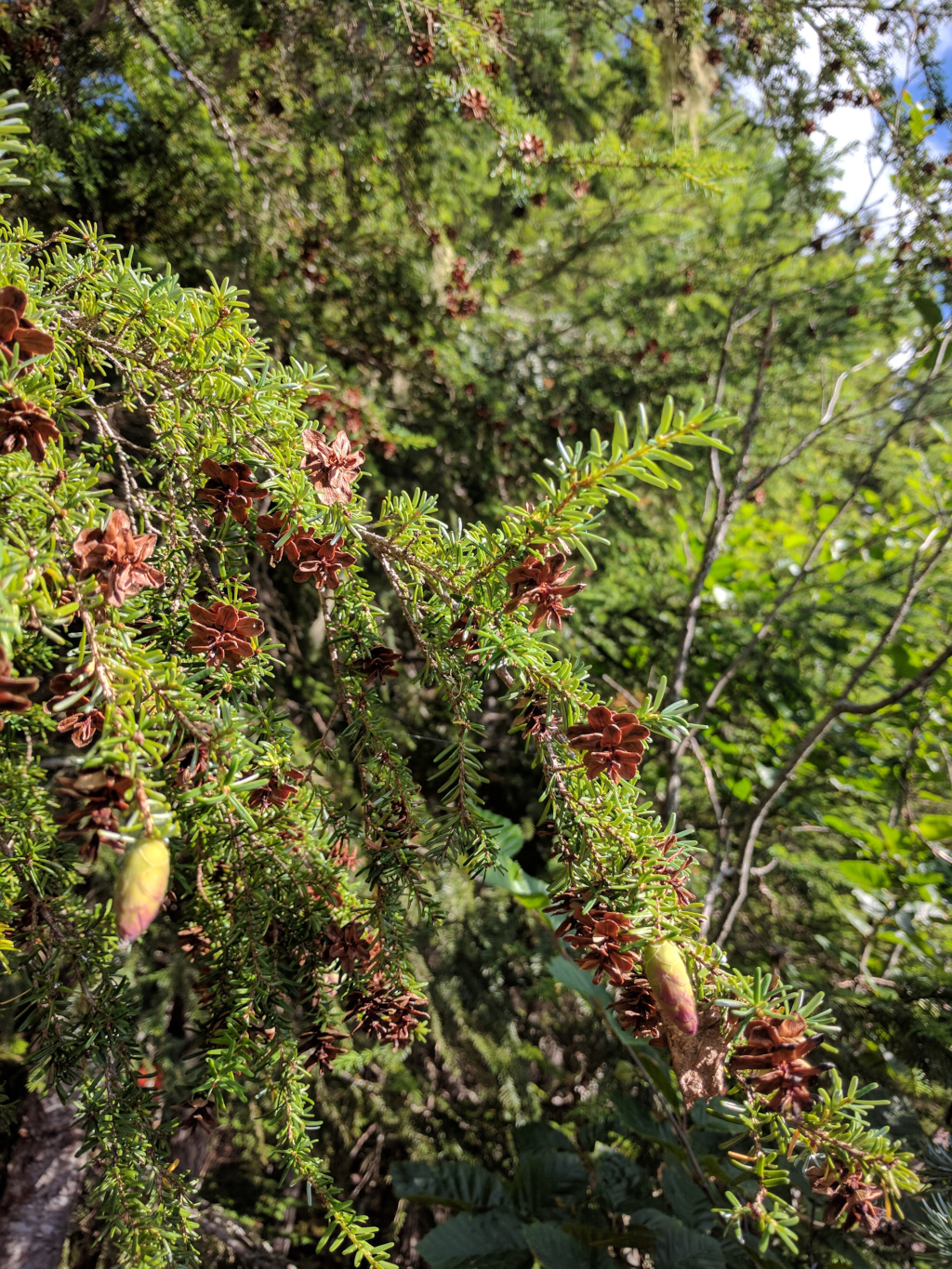 As we cooked our meal, the stove flame winked out. We looked at each other like deers caught in the headlights. The gas canister had been half-full, but seeing the flame snuff out without notice reminded us that we were out here in the wild at the mercy of mother nature, the supplies in our backpacks, and our city-slicker wits. Somberly, I grabbed another canister and set up the stove again. When the flame lit up, we looked at each other and smiled sheepishly.

How was the meal? It was ruggedly delicious. Noodles, trout, and white fish. Topped with a shot of whiskey or two. The unbelievable sense of accomplishment enhanced the flavors. Tender. Sweet and spicy aromas. So delicate in the mouth. Finger licking. Juicy. Meals procured in this highly personal way are simply outstanding. The gifts of the wild and human ingenuity.

We cleaned up and organized our gear. We would be leaving the following day and set up camp in a different site along the lake. More adventures lay ahead!

The sky began darken and turn different shades of yellow, orange, and pink. Where was the sun going? Wait. Don’t go. But soon it was gone, and evening settled across the land. 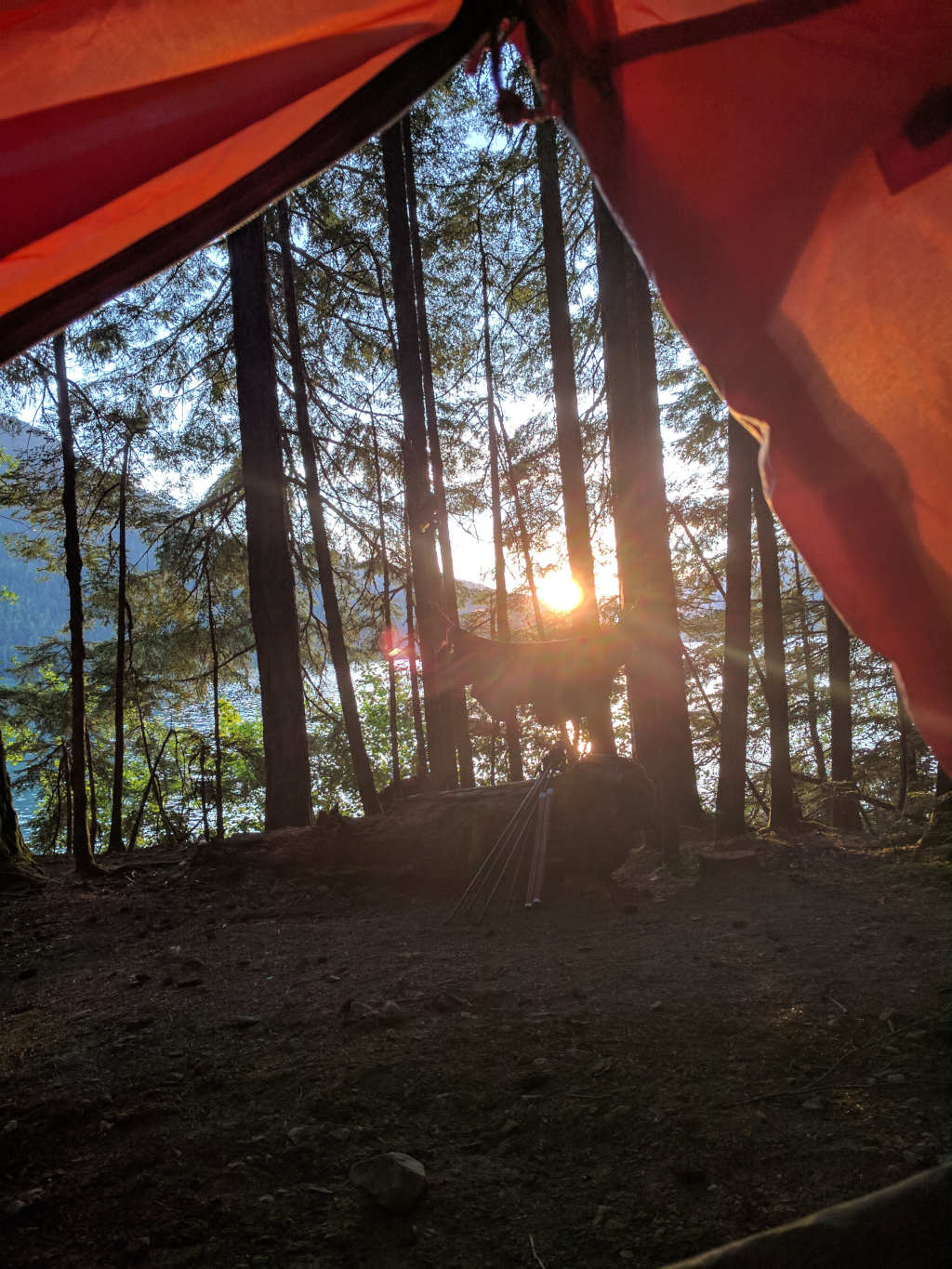 Nature stirred. The sounds of the loons, and the chirping of birds and insects. The rush of the creek. Soft whispers as campers turned in for the night. The wind through the trees and some lonesome bird calling. Good night moon. Good night stars. Good night Sasquatch. Good night lake. Good night. Good night.

Sitting on the Moon by Enigma

We appreciate your work and your post has been manually curated by @tinta-tertuang on behalf of Amazing Nature Community. Keep up the good work!

Thank you! Much appreciated.