A year last April, I fumbled my way through the steps to create a BEOS wallet to deposit some Bitshares. These Bitshares would be used as a way to earn BEOS, as @stan explains in the post linked above.

All 2.6 Billion of the publicly available BEOS tokens will be given away over a "rainfall" period of 89 days beginning a week from this posting on April 9th, 2019. All you have to do is move your bitshares onto the new BEOS chain and leave them sit there for up to 89 days to collect your corresponding share of the BEOS tokens proportional to the total number of BTS everybody deposits there.

As stated, the initial "rainfall" lasted 89 days, and at the time I presumed that would be it - my Bitshares would be locked away for 3 months, no time at all. And then in another announcement approximately 3 months later, further plans were announced:

The time has come to reveal what happens after the BEOS rainfall ends. The answer is Skyfall.

We'll be dropping a new token from space called Manna which can be traded for millions worth of our best upcoming token offerings.

Every holder of a staked BTS and BEOS token will share in millions worth of Manna tokens to be dropped for 888 lucky days.

During the first airdrop, Bitshares had been on a little price run but was back down and lower than the price I paid for mine, and so I thought I'd leave them where they were and collect some of this new token. 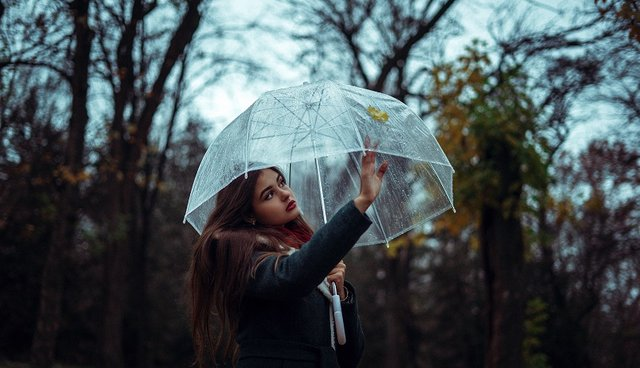 Moving forward 14 months and Bitshares has recently been on the march up to around 5.8 cents. [ I did read somewhere about investors not being happy and that a fork was on the cards, but as I can't find the article/comment that states this, please don't take my word for it.] And so, after around 16 months on the BEOS chain, I decided to take the recent price move as a good time to sell my Bitshares. What normally happens now is that the token I've sold moves higher, and so I'll insert the 'this is not financial advice' line here.

When I loaded up the Scatter wallet a month or so back, I was informed that it needed an update (I think you can check by going to Help -> Check for updates). On updating, a new wallet named Anchor appeared, and thankfully loaded up my wallet without any issue. The plan was to go to the Wallet tab and transfer my Bitshares, but this quickly scuppered by:

My initial reaction was, well why did you let me create an account name with 13 letters then you *******! But after speaking with the wizard (@gtg), and hunting around for a while longer, I found out that in order to move the Bitshares from BEOS chain to Bitshares chain, I needed to head to Tools to do a cross-chain transfer (obviously!):

This time around, my Bitshares account/address was accepted, and after transferring 5 BTS as a test, I took the plunge and moved the rest. It is possible that I could have sent them directly to an exchange - I didn't test this and although the 'double-hop' cost me a couple of BTS, it seemed the safer approach.

Then, after starring at the BTS chart on Bittrex for half an hour and wondering if the price was going to shoot up or drop like a stone, I decided to sell the lot and be thankful of a small profit. And of course, I still have a bunch on Manna and BEOS tokens, which could also be topped up by moving some Bitshares back to the BEOS wallet.

I hope this helps at least one person if they are planning to move their Bitshares from BEOS, but who knows, collecting more 'tokens from heaven' during the remainder of the Skyfall could be the way to go.

Did the same a while back. Kept the BEOS, over a million, 20 MB of RAM, and a bunch of VOTEA, BTSMA, MANNA, VOTEB and BTSMD. I don't have a good grip on where BTS is going (it's certainly lost almost all of its user base), but the BEOS related stuff could go a long way - they definitely have a good plan.

Things do seem seem quiet with regards to BTS, but I'm not that well informed.

Keeping the BEOS and Manna until they start to get press again, and hopefully a listing somewhere - are they anywhere right now?

I'm kinda inclined to just forget about them and come back in a few years and see what I've got. 😁

Ha! what a coincidence. I just remembered all of mine about a week ago. Went to the wallet and saw everything still there as well as added manna.

Got heartburn just thinking about the contortions it would take to get it all out. Decided to just leave it there :-)

Maybe one day soon when I have more time I will pull my boots up and get it done. For now, I think cleaning my toilets might be more apppealing.

Yeah, I know I'm a whiner. Maybe by the time I get up the willpower to actually do it, the price will be even better. Haha. Second thought. waiting will probably guarantee it goes in the toilet.

I was getting a little agitated yesterday but it's actually quite simple when you know how!

At least by being there, they are gathering tokens, it just felt like this spike was worth the effort and I could always reload, if I dare :)

I literally was looking up yesterday how to get my BTS out of the BEOs chain back to BTS to maybe sell them because of the recent pump.

I use EOS voter and looks easy to do actually, havent tried it as yet, but will one day. A year of staking is already surely something

Well this is the biggest spike in a while and I'm wondering if they could fall back next week - though my trading history tells me they will moon!

A year of staking is already surely something

Let's hope so, although I'm not sure where BEOS and Manna can be traded....

the surely will fall back for the short term...see it as..checking how to pack my bags whem the move needs to made...checking how it is made.

i dont know how it will end up with the beos and manna situation as well. initially I thought they would be used in voice as like post promoters...but voice...i dunno...also the guy who was really working on beos passed ofcourse too early this year.

there are eos dex-es as well i know...maybe they will end up in there as well.

Do you know if BEOS / Manna are listed anywhere at present?

The Anchor wallet was my connection to the BEOS chain, I could have moved them to https://wallet.bitshares.org/ I think, but went for the account I created when moving them to the BEOS chain in the first place which was https://bitshareswallet.beos.world/

I found this for BEOS. https://deex.exchange/market/BTS_BEOS

Sorry, just saw you'd replied to someone else with the link.

Looks quite promising for BEOS at present!

I could have moved them to https://wallet.bitshares.org/ I think,

I think you have to go through bitshareswallet.beos.world

Right, I picked the right one then :)

Damn. Every time I read Skyfall I hear Adele singing it and can't get it out of my head!!

Actually, I wonder if you can do the cross chain transfer from the old wallet?

Not a bad Bond film but one of my least favourite opening/end records for a Bond film!

Aye, it's one of my favourite bond's! The song, not so much!

Lol, he would have drilled a bullet in her faster than you can say hello :0)

Bond always has a few in line, legend!

Hi Asher!
I sold BTS and BEOS a month ago... and that was ok for me.
And yep, I had to download Anchor Wallet and do the cross-chain thing ;-)
Was not that easy to find out the whole process, but at the end it worked smoothly.

Good stuff, I should have asked you :)

Hope you are well!

I was annoyed I wasn't able to invest a proper amount into BTS to set aside for the rainfall at the time, I'm assuming same thing may be true for many others due to the bear market so you may get a nice profit out of this! Are there any listings out for it yet?

Yeah, although it's possible to get stuck in at anytime I think - unless you need BEOS.

Not sure where BEOS or Manna are listed - I thought maybe bitshares.org but cant see them. I'm not holding any hopes for a nice profit, but who knows!

@abh12345, Looks like you are having fun with your Token Transfers and observation of Price Trends. 🙂

Enjoy your time ahead and stay blessed always.

Do you know how much the BEOS and MANNA currently valued at?

Awesome! Thanks for the link 😎

No clue, I'm not even sure where they are listed to be honest. I should probably take a look!

I wasn’t sure either. I haven’t found anything the last few times I checked. I may as well just keep it staked considering it was only a few thousand BTS.

Glad to hear it!

Hahaha. I did the exact same thing today and was very happy to discover your article. Thanks for taking the time to document this for others!

I see the price is on another charge, good luck with whatever you decide!