⭐️All The HIVE DOLLARS This Topic Generates Is YOURS Week TEN⭐️

I'm giving away all the liquid HIVE Dollars this post generates via a free raffle. No upvote, Resteem or Follow required (Although doing one or all three is greatly appreciated). Last week we had over 20 entries and I hope to improve on that number this week.

Having troube deciding on what to reply with, Let me help you with that. Hit that reply button and tell me a knock knock joke. As always any reply will count towards the raffle. Splinterlands is a digital card game created by @aggroed and @yabapmatt. Game Play in which give prizes that have monetary value are being played daily. You can start playing or investing in Splinterlands today by clicking here. 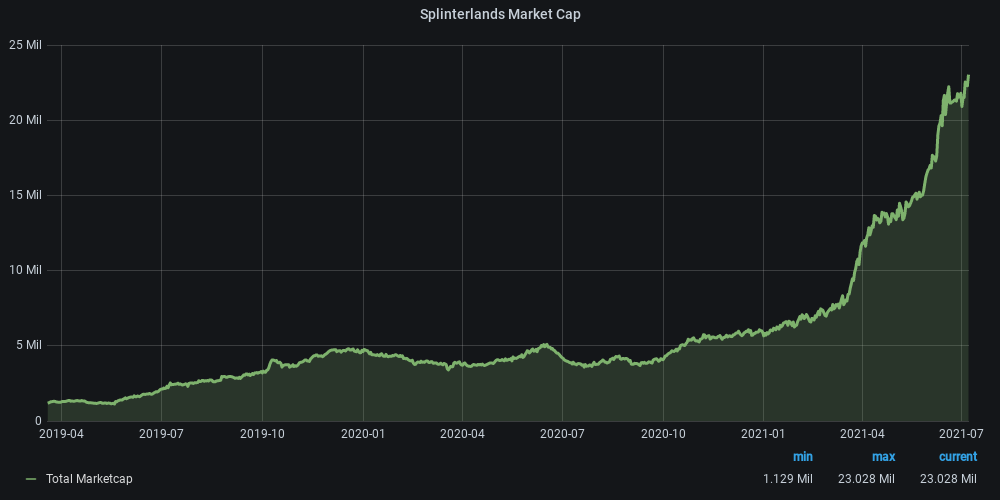 I will try this time, i don't know if i have some !BEER or !PIZZA or !ENGAGE , let me see with the bot

@vempromundo.pob, sorry! You need more $PIZZA to use this command.

The minimum requirement is 20.0 PIZZA liquid, and 0.0 PIZZA staked.

Good luck in the draw!

I think you spelled my user name wrong. I was going for a 3-peat. I reblogged this post anyways.

That's a good reason to scoop up some HBD.

The new rental system alone got me hyped, nevermind the constant gradual appreciation and jumps when a set sells out and then you have the sps airdrop and all the rewards..

And then they say money doesn't grow on trees.. well ok it still doesn't, it grows on the blockchain hehe and not too slow either

Its an exciting time to be a splinterlands player.

Hey @riandeuk, here is a little bit of BEER from @rentmoney for you. Enjoy it!

WARNING - The message you received from @drhoofman is a CONFIRMED SCAM!

Thanks for leaving a warning message.

I created a topic to help spread the word.

Thank you for spreading the word @rentmoney 👍

Awesome! Reblogged this as well :) Let's see if I can get lucky today! (could really use it, this day has been a hellish day at work haha)

One ticket coming right up.

Good luck in the draw.

Hello...
It is the first time I participate ...

Welcome to the Free Raffle, good luck to you.

@celi130, you were given LUV from @rentmoney. About LUV: https://peakd.com/@luvshares

My name there plz

Rehived! What's green and sits in a corner? A naughty frog!

Hey @failingforward, here is a little bit of BEER from @rentmoney for you. Enjoy it!

Nice I won, feels good to win free stuff.
Knock knock
Who's there?
Your plant 🌱
Your plant 🌱 who?
Yep, you forgot my water and my existence 👼

Congrats on the win.

One of my favorite knock knock jokes

Hey @tfranzini, here is a little bit of BEER from @rentmoney for you. Enjoy it!

Sorry, you don't have enough staked BEER in your account. You need 24 BEER in your virtual fridge to give some of your BEER to others. To view or trade BEER go to hive-engine.com

Thank you for the giveaway.

I feel lucky so here I go and give this a try. Thanks in advance.

Am her to be part of the lucky winner

Knock Knock
I am here
Rent me money, lol🤑
My first time here, this is interesting dear, keep it up 👍