Scotland in January is pretty brutal , not much to do outside especially during lockdown.

The harsh frozen wintry landscapes do create some incredible opportunities for photography tho...

These were taken in Cupar in a rural area close to the River Eden a couple of weeks ago... 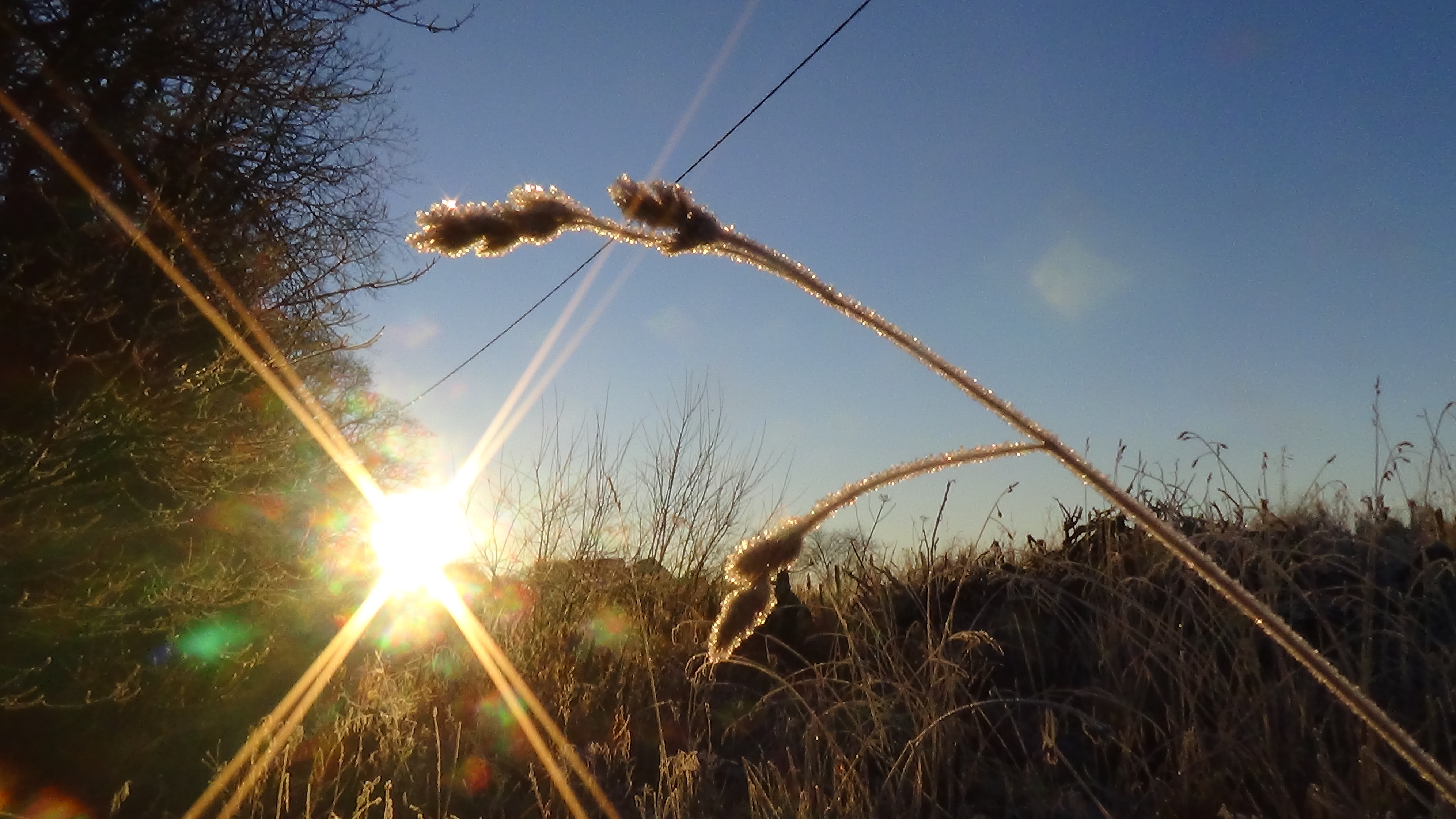 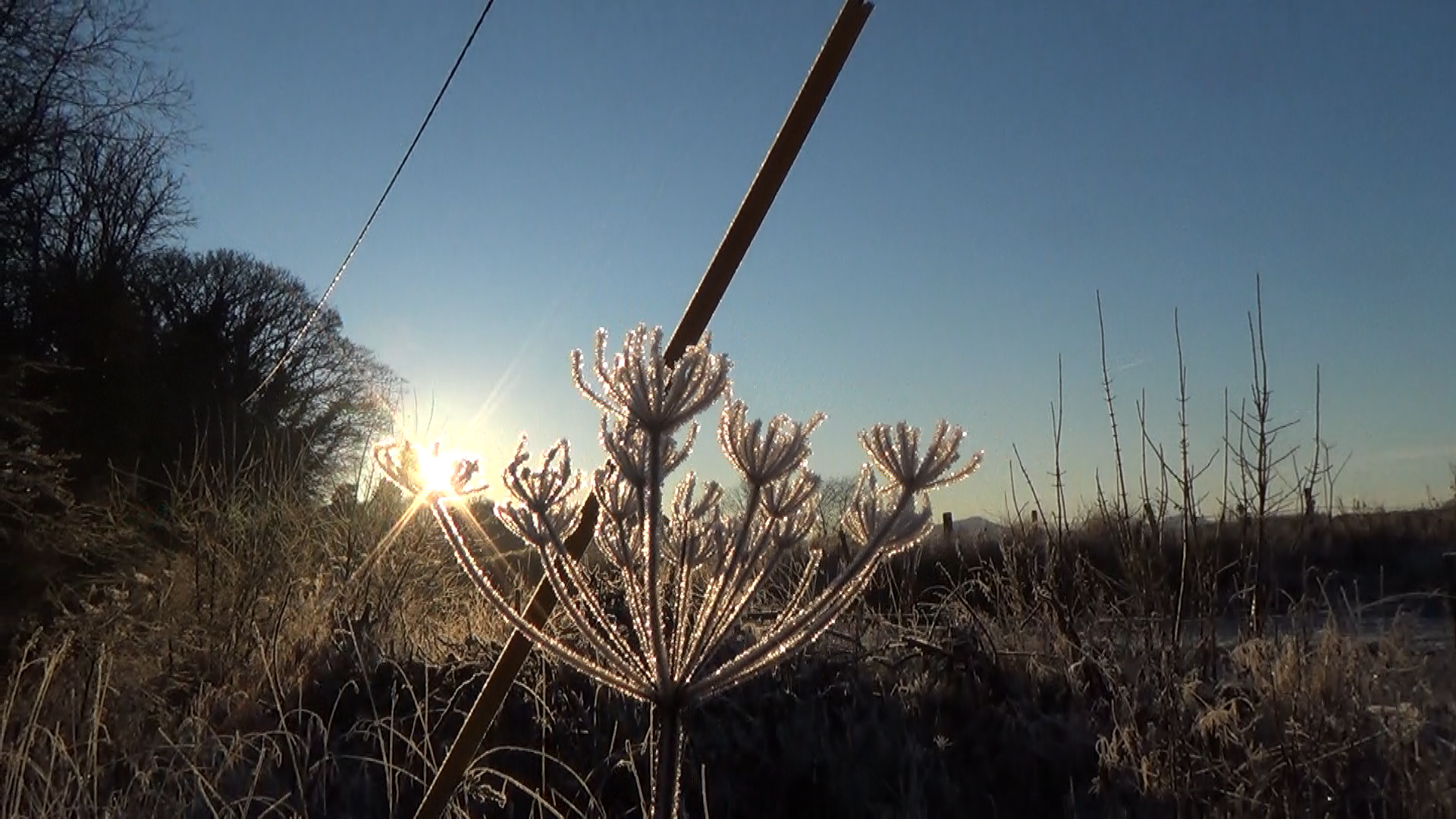 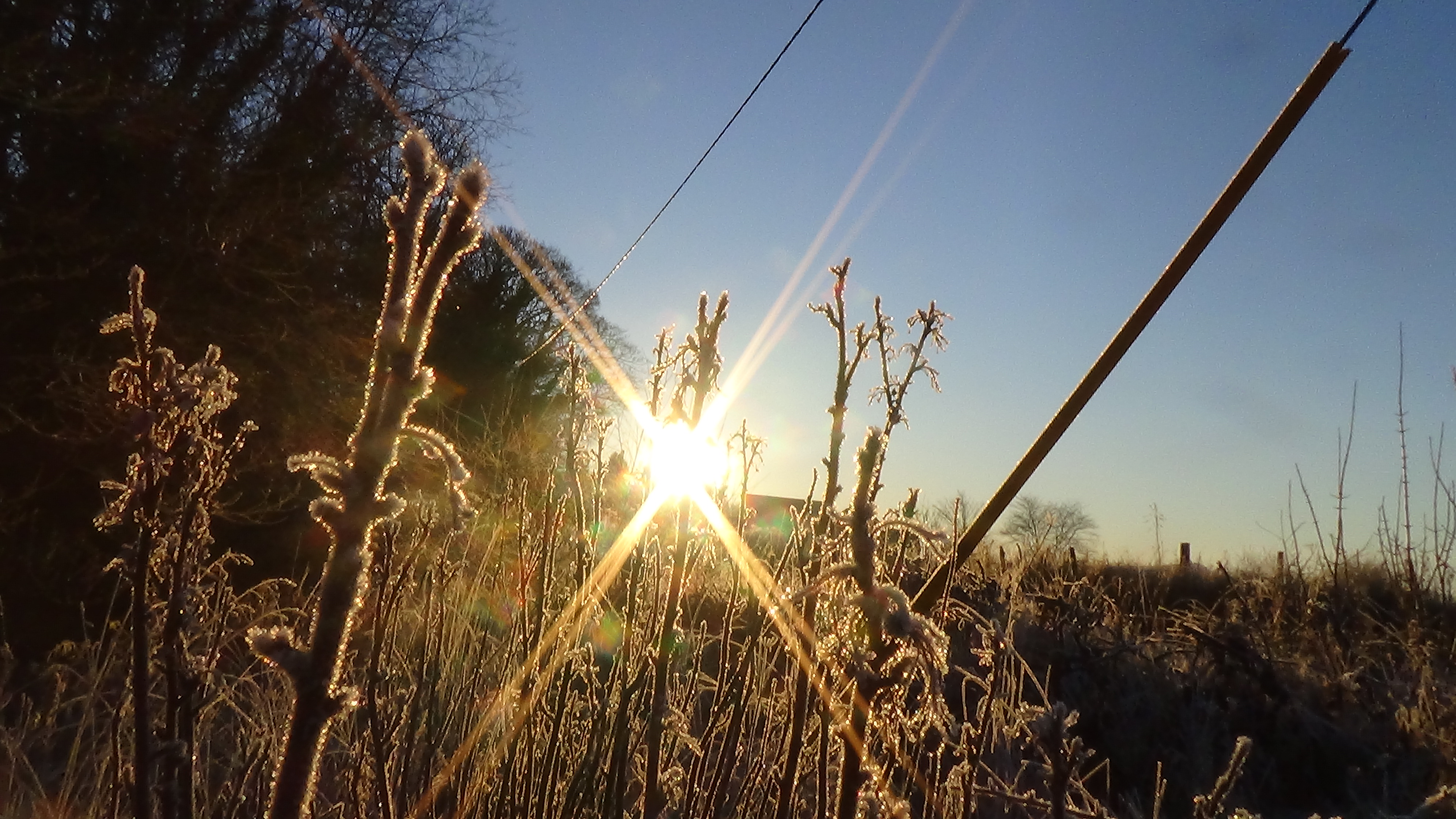 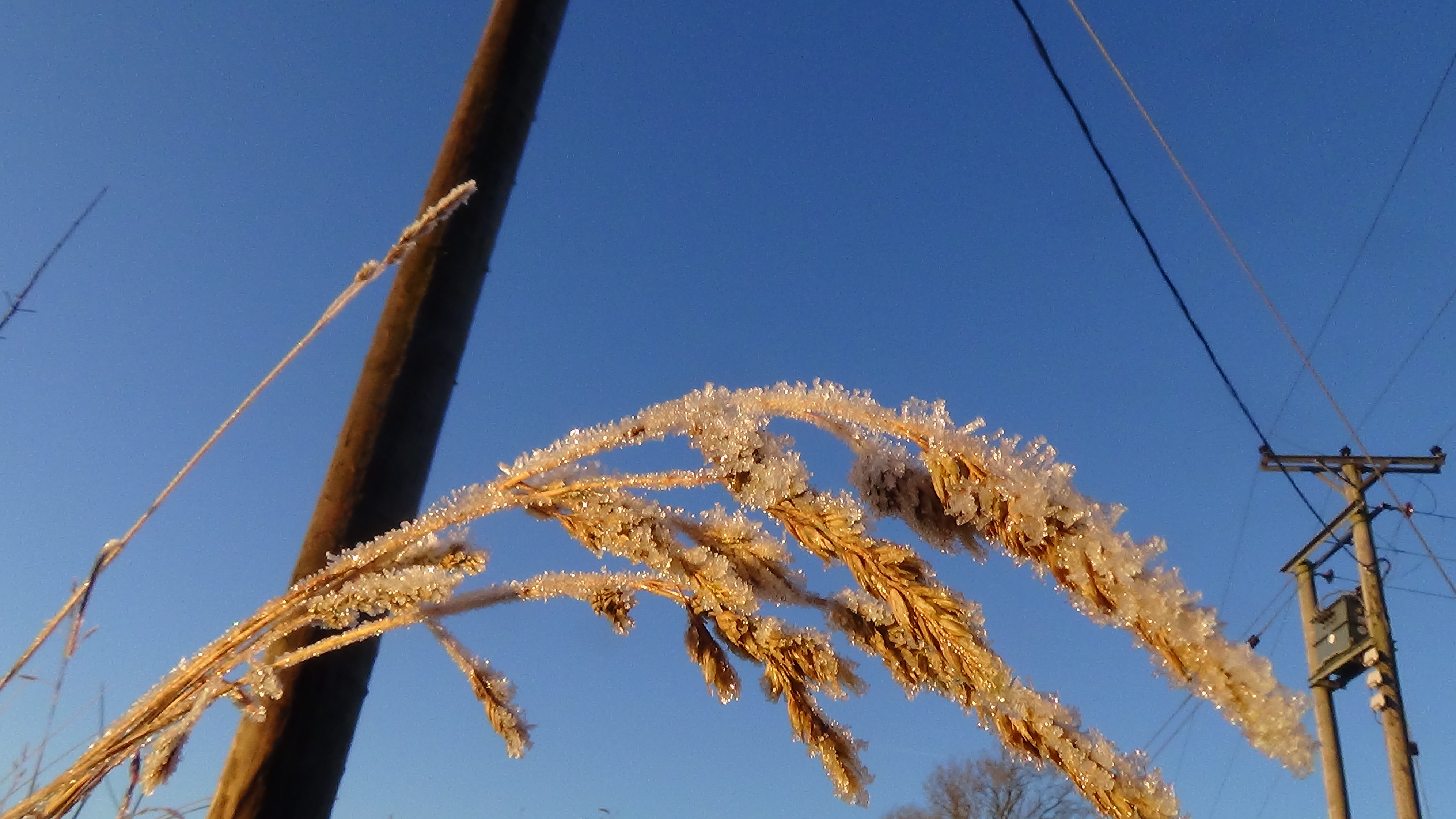 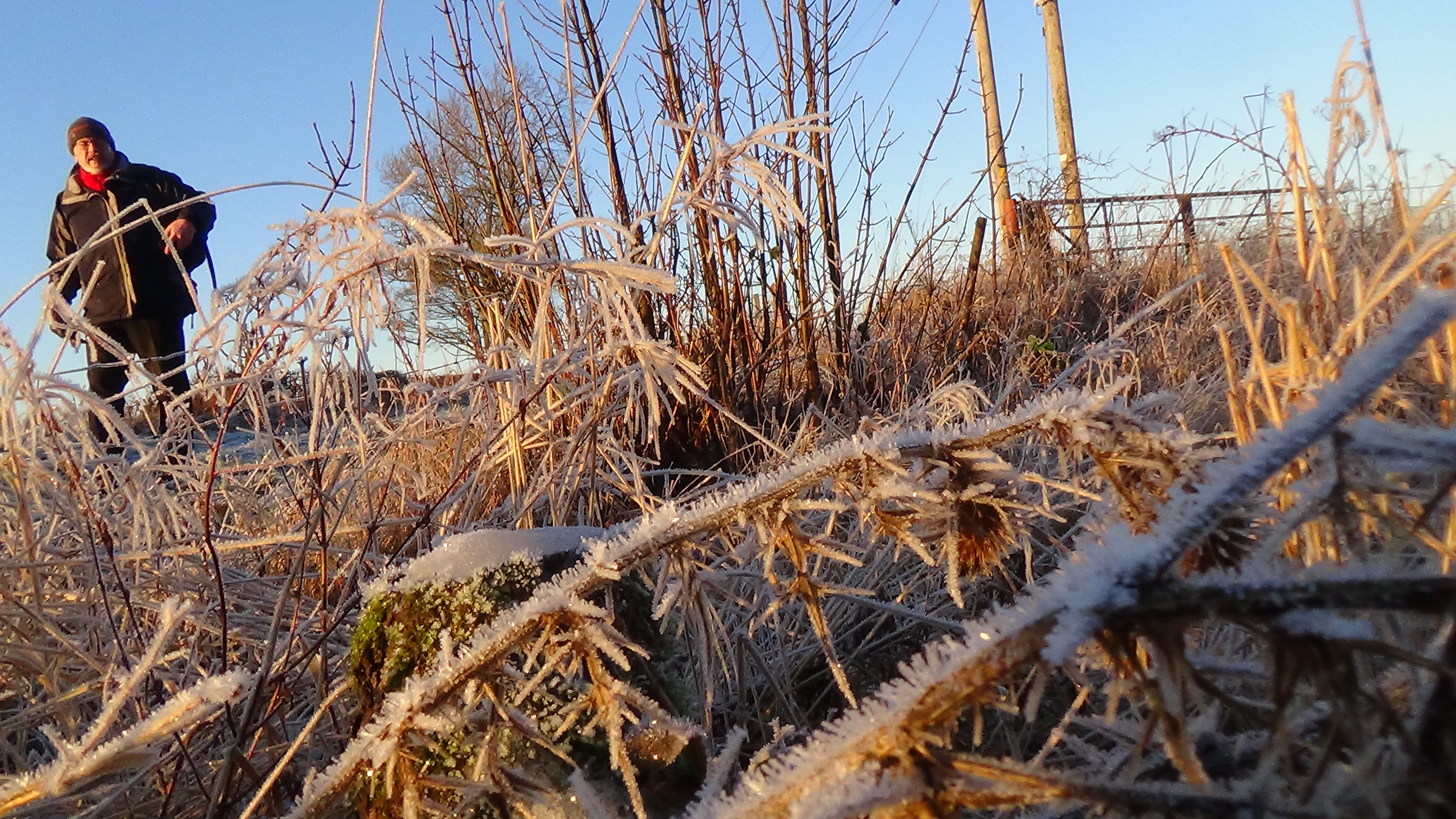 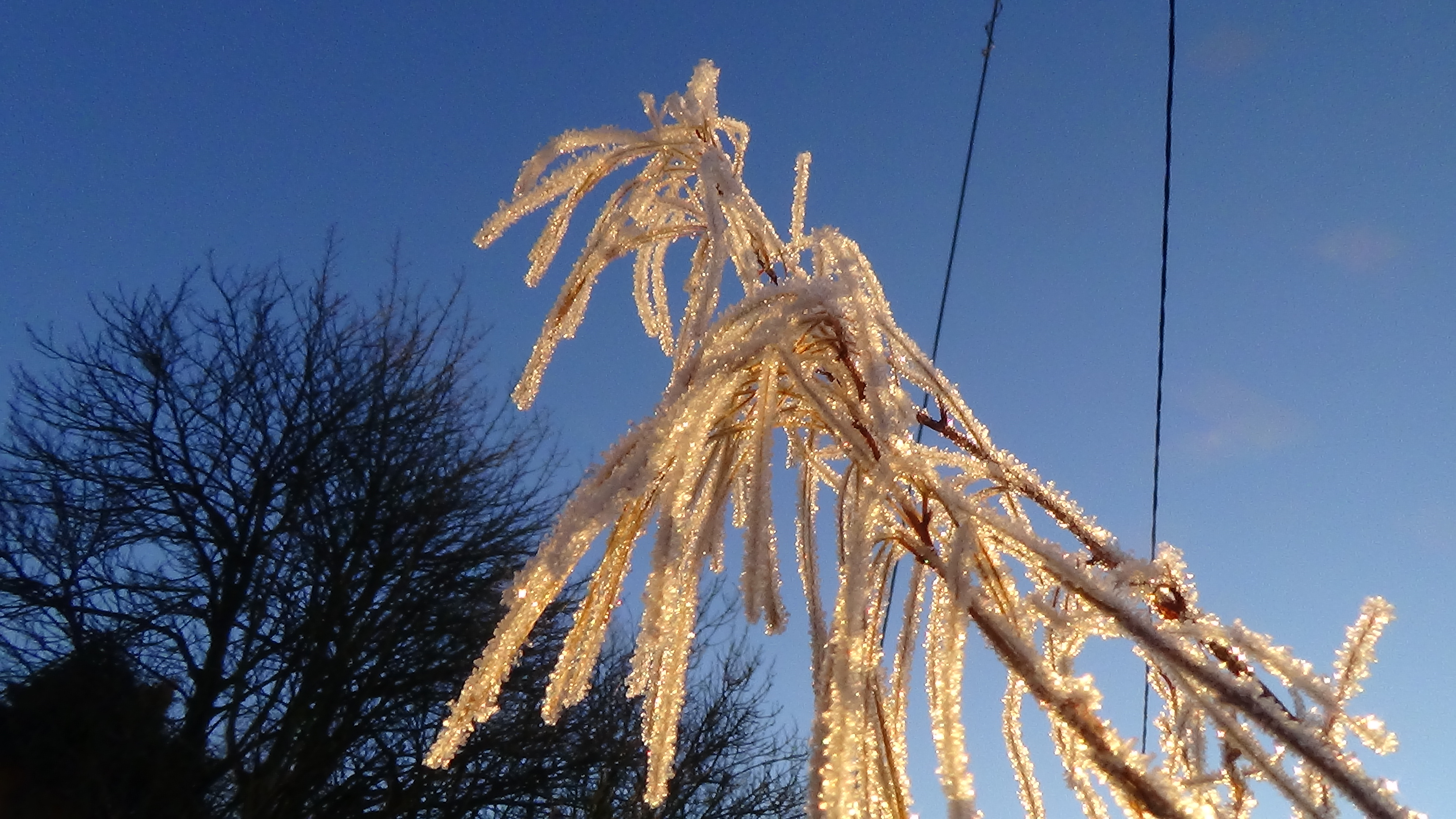 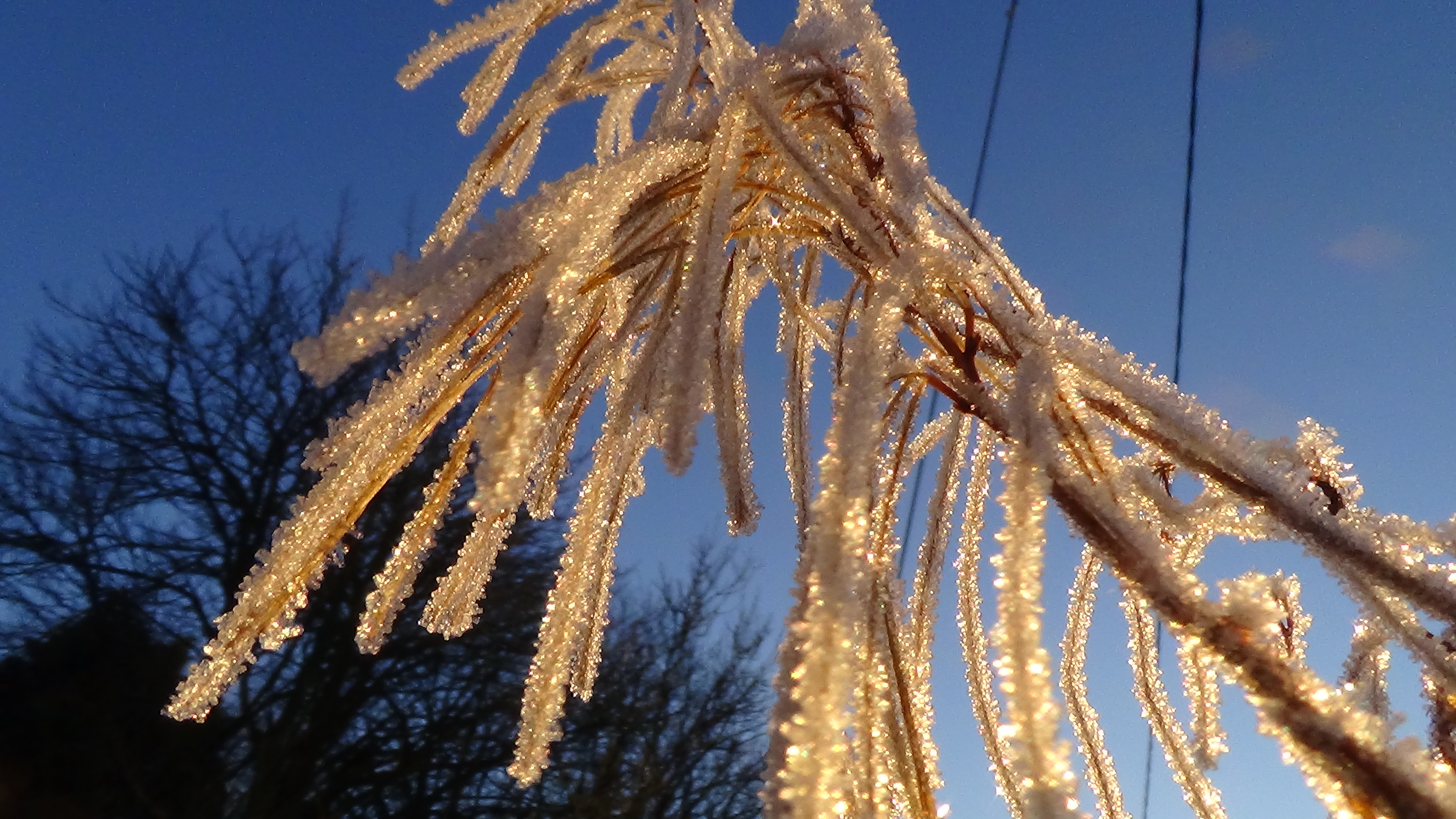 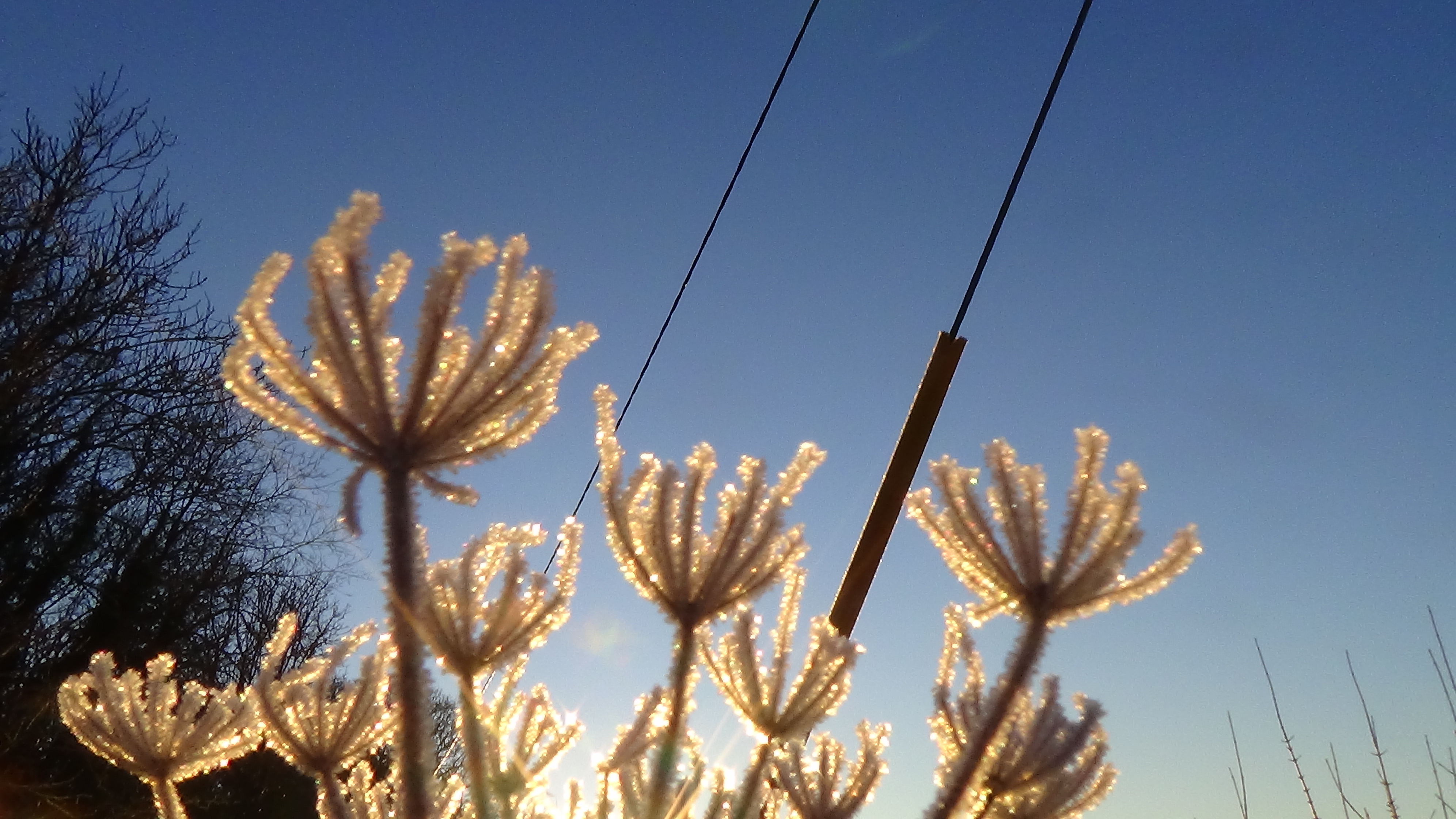 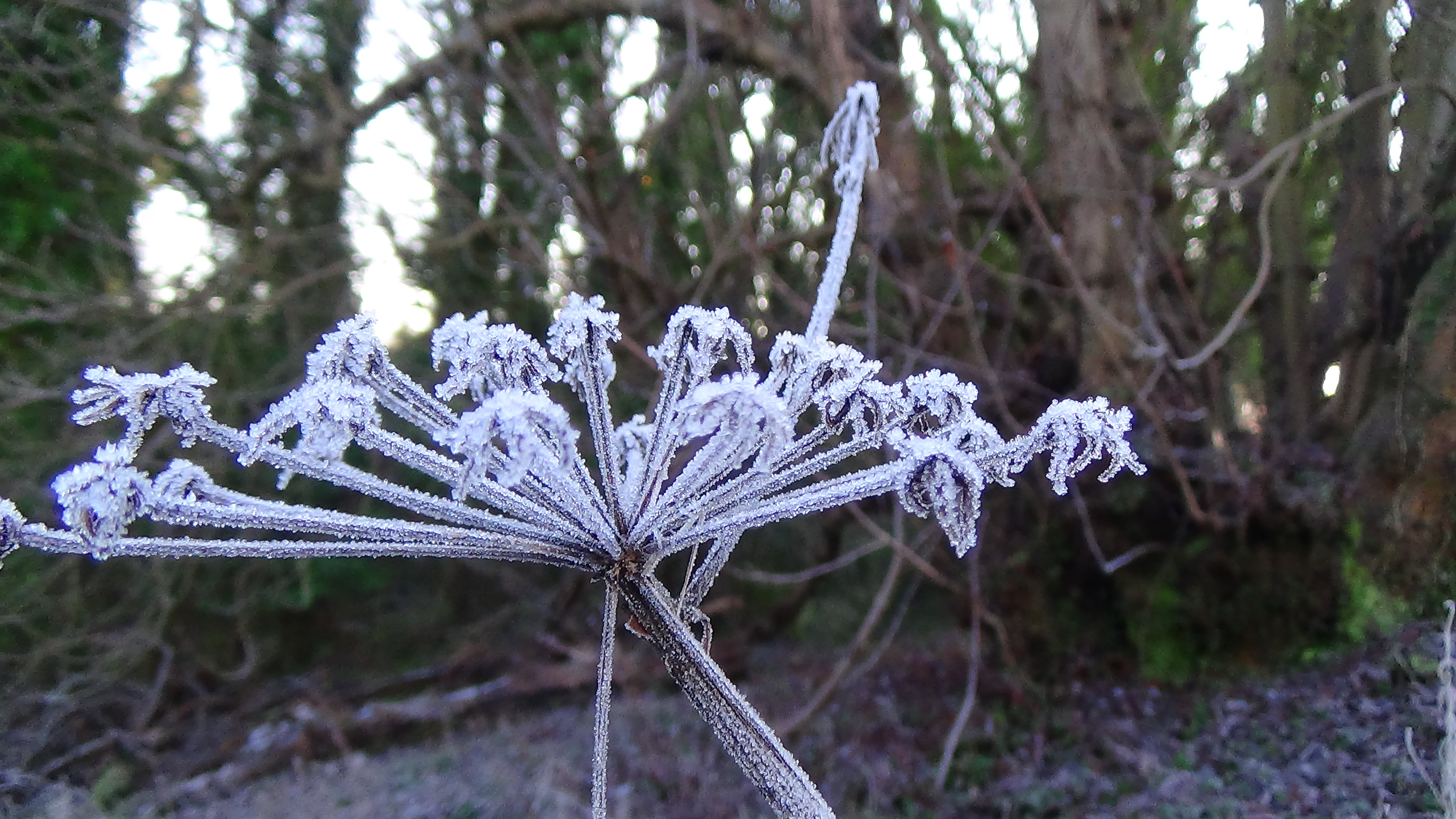 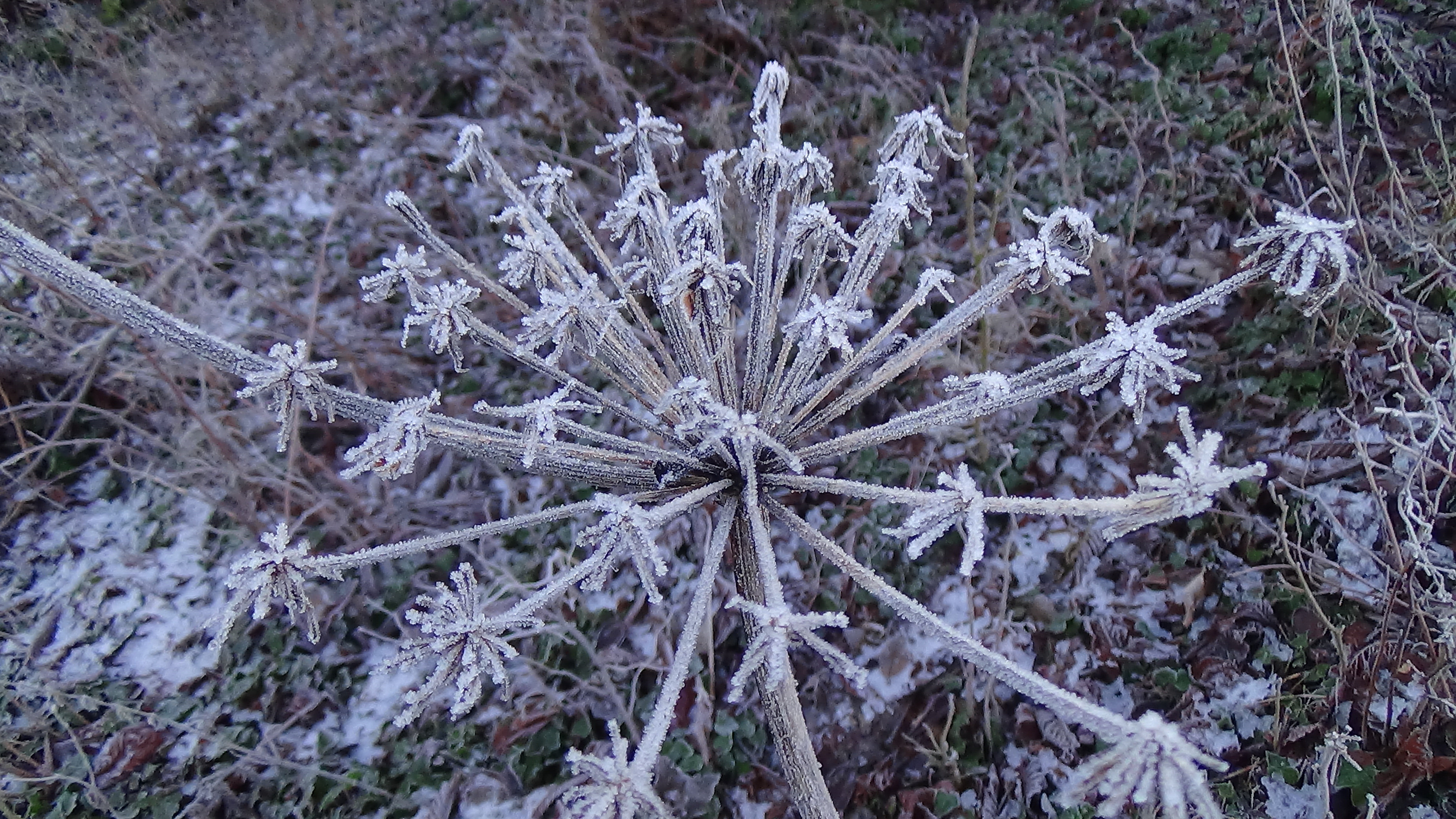 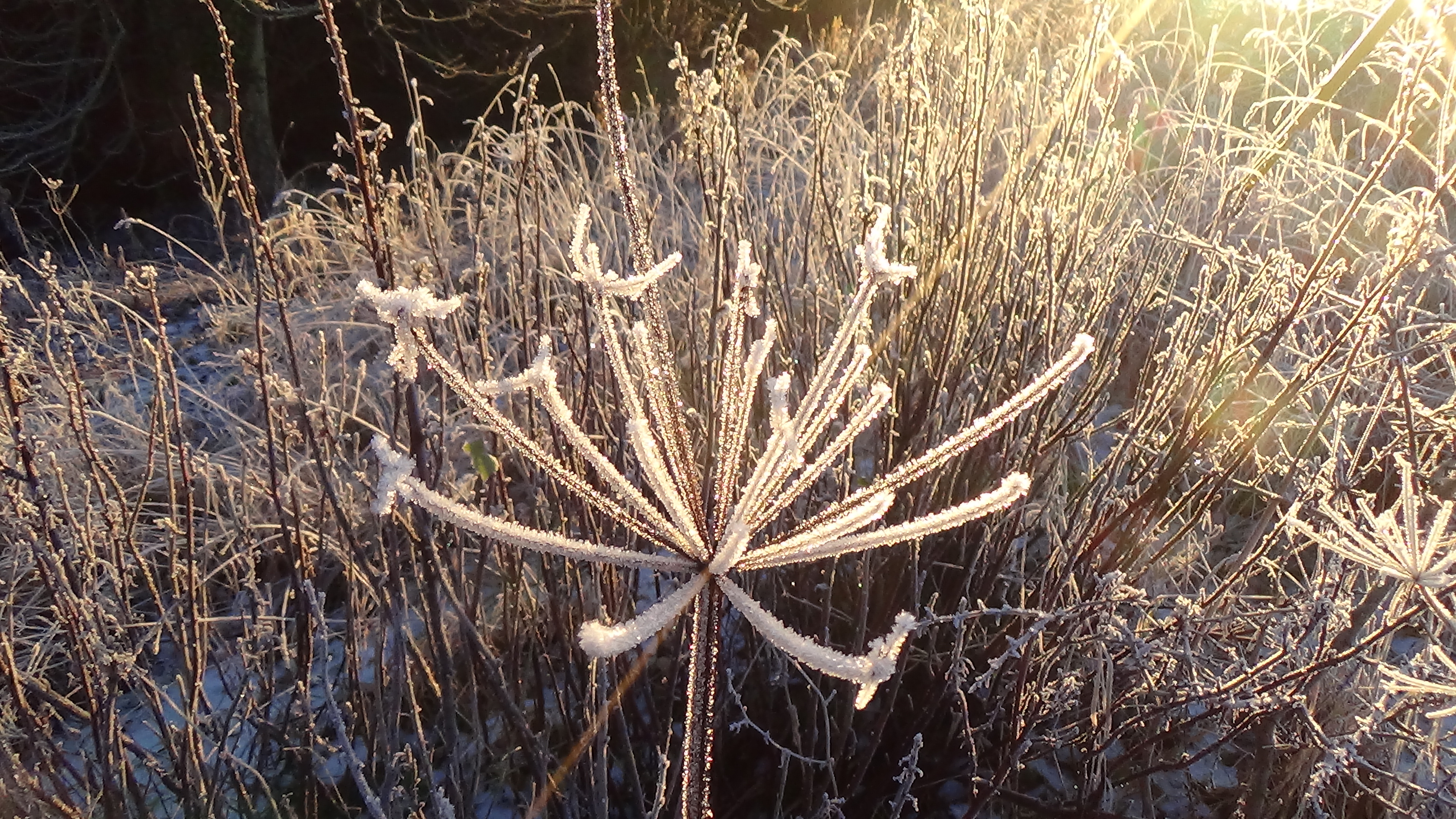 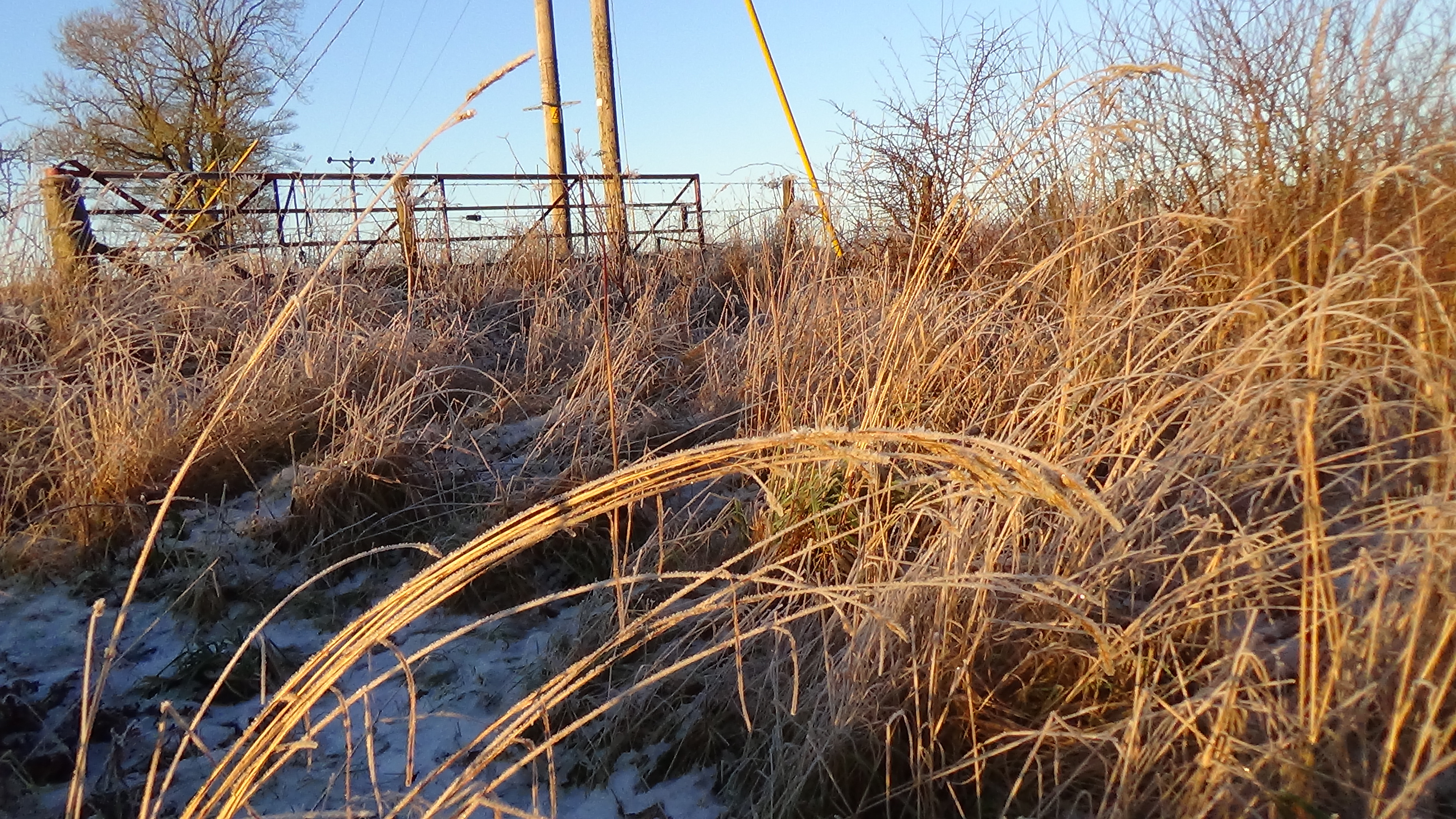 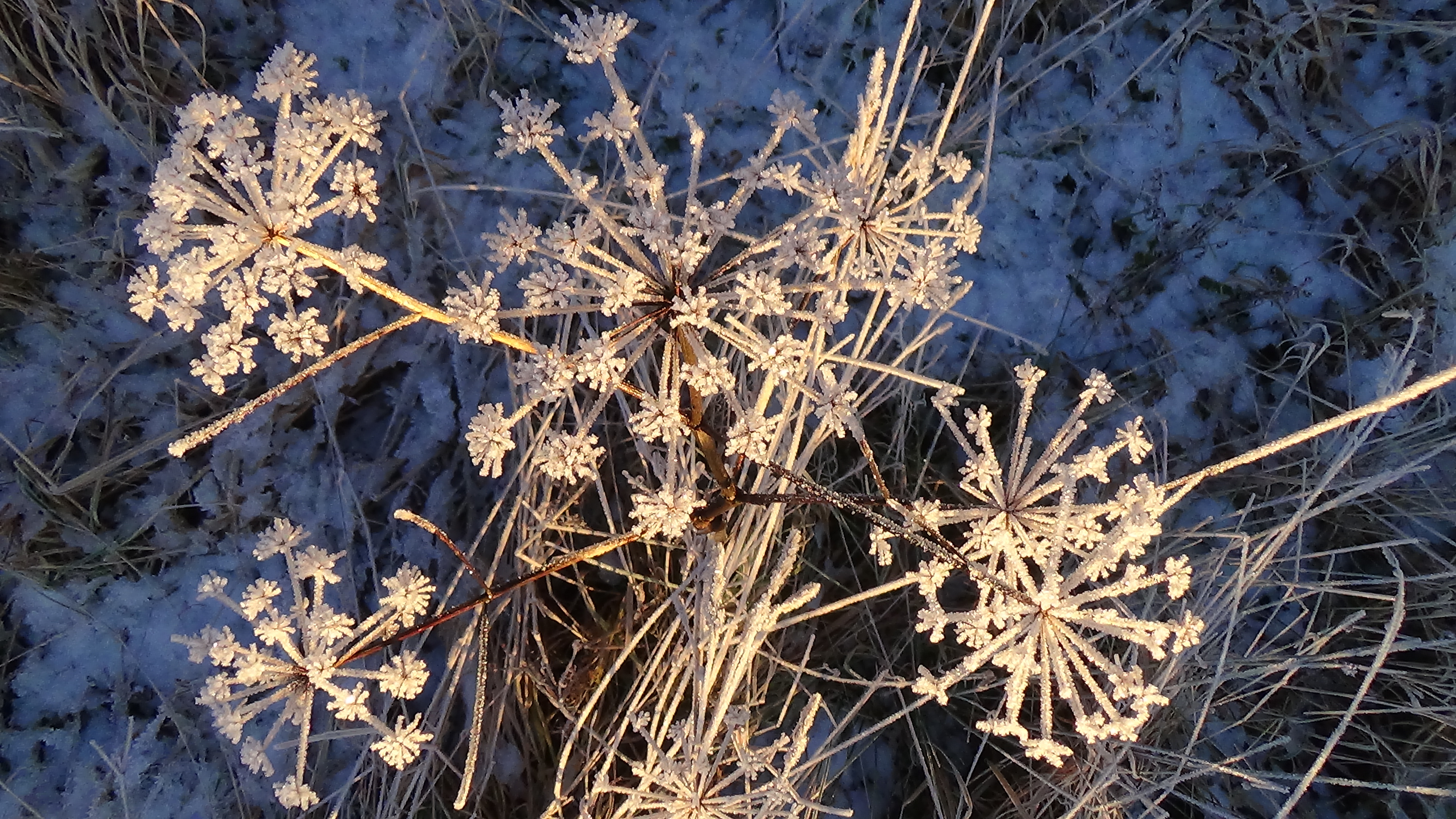 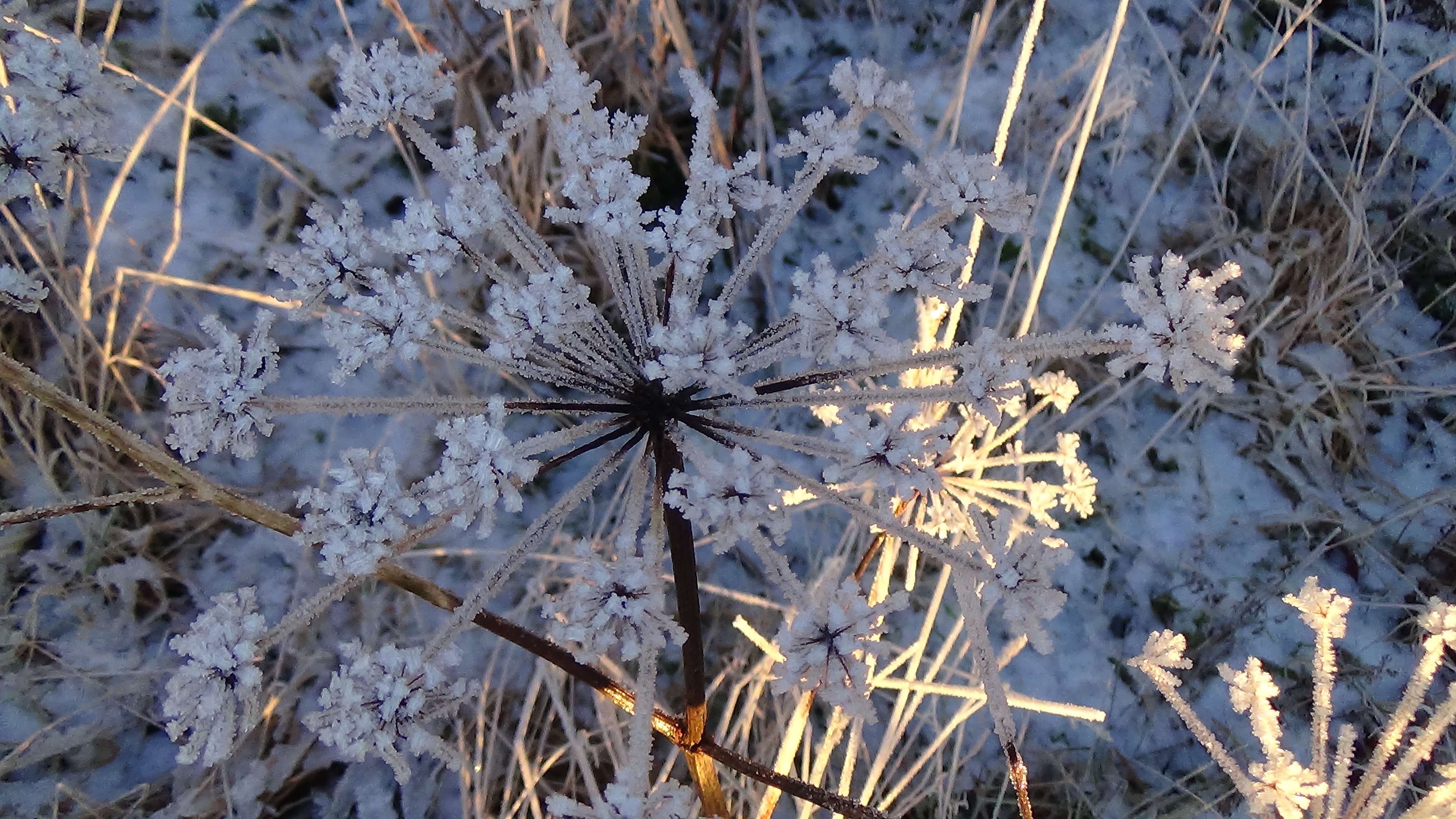 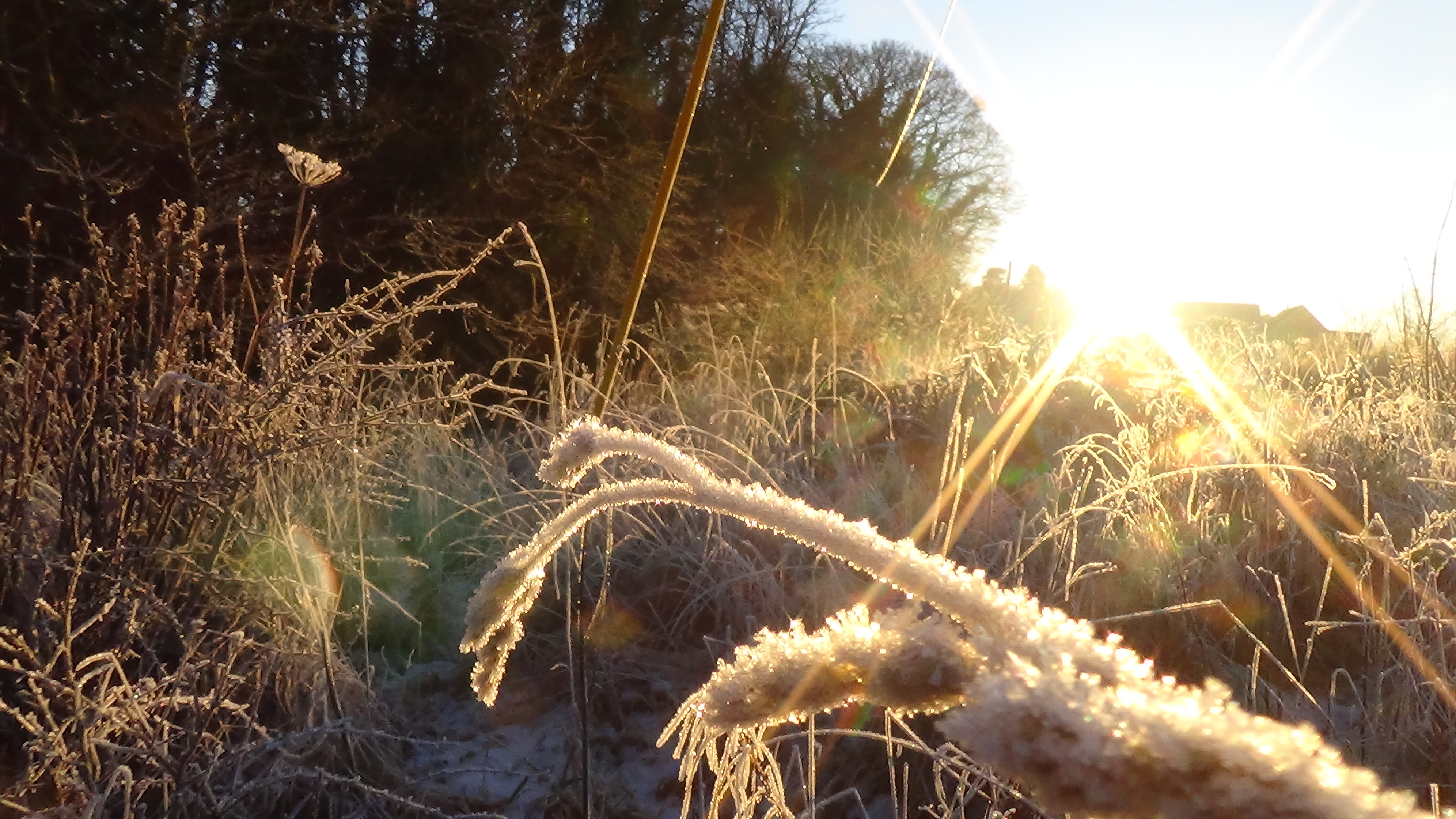 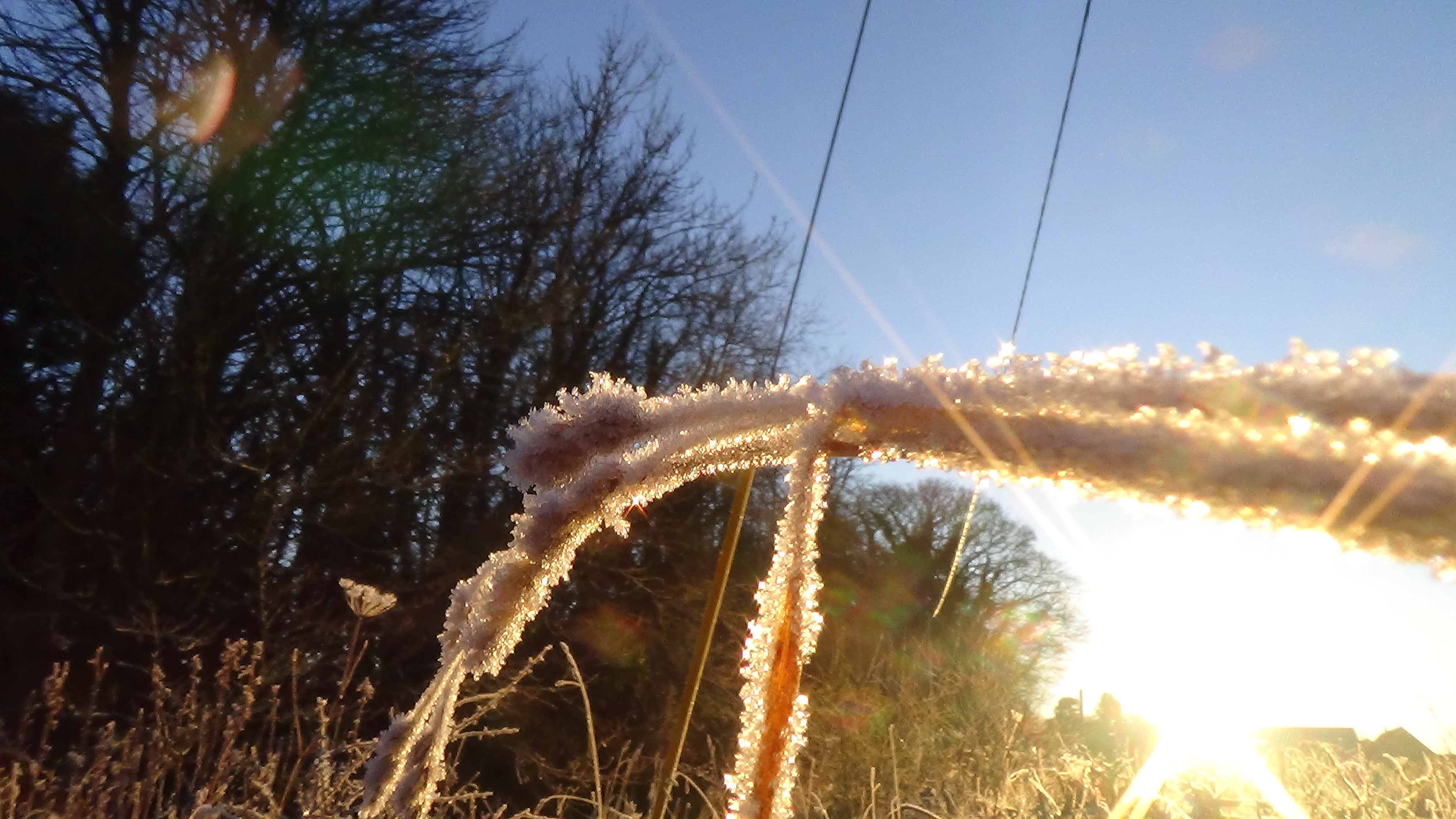 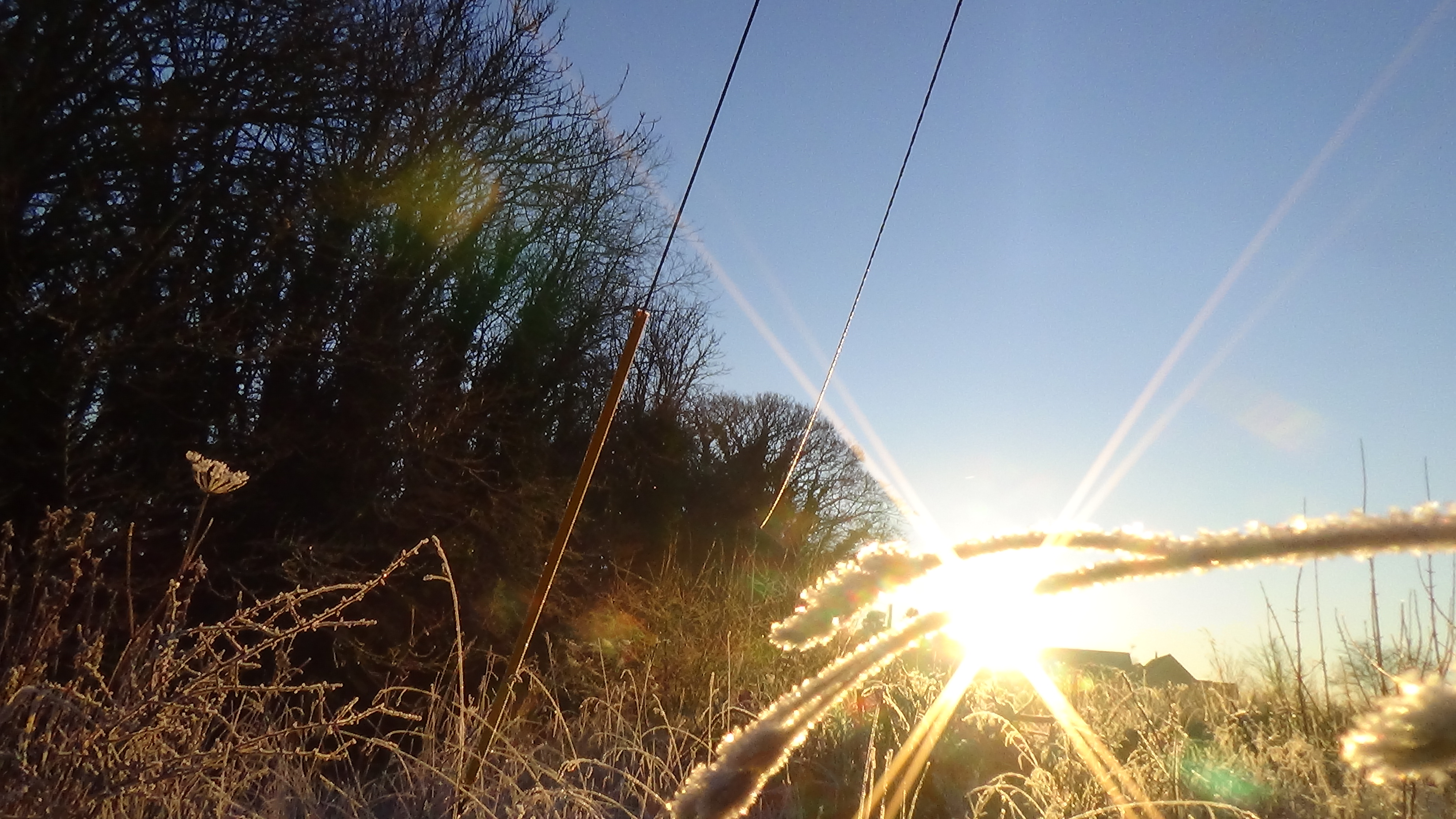 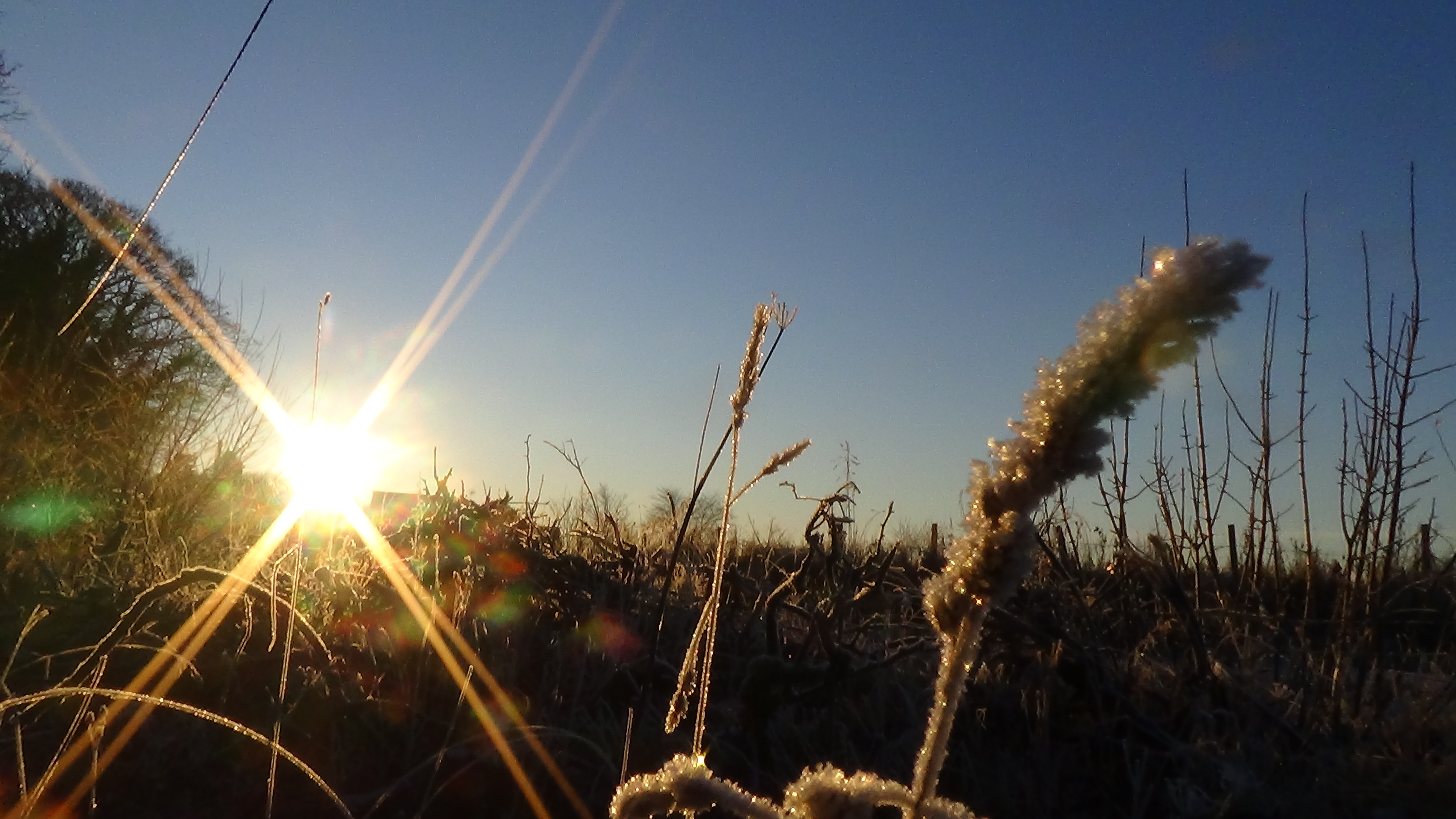 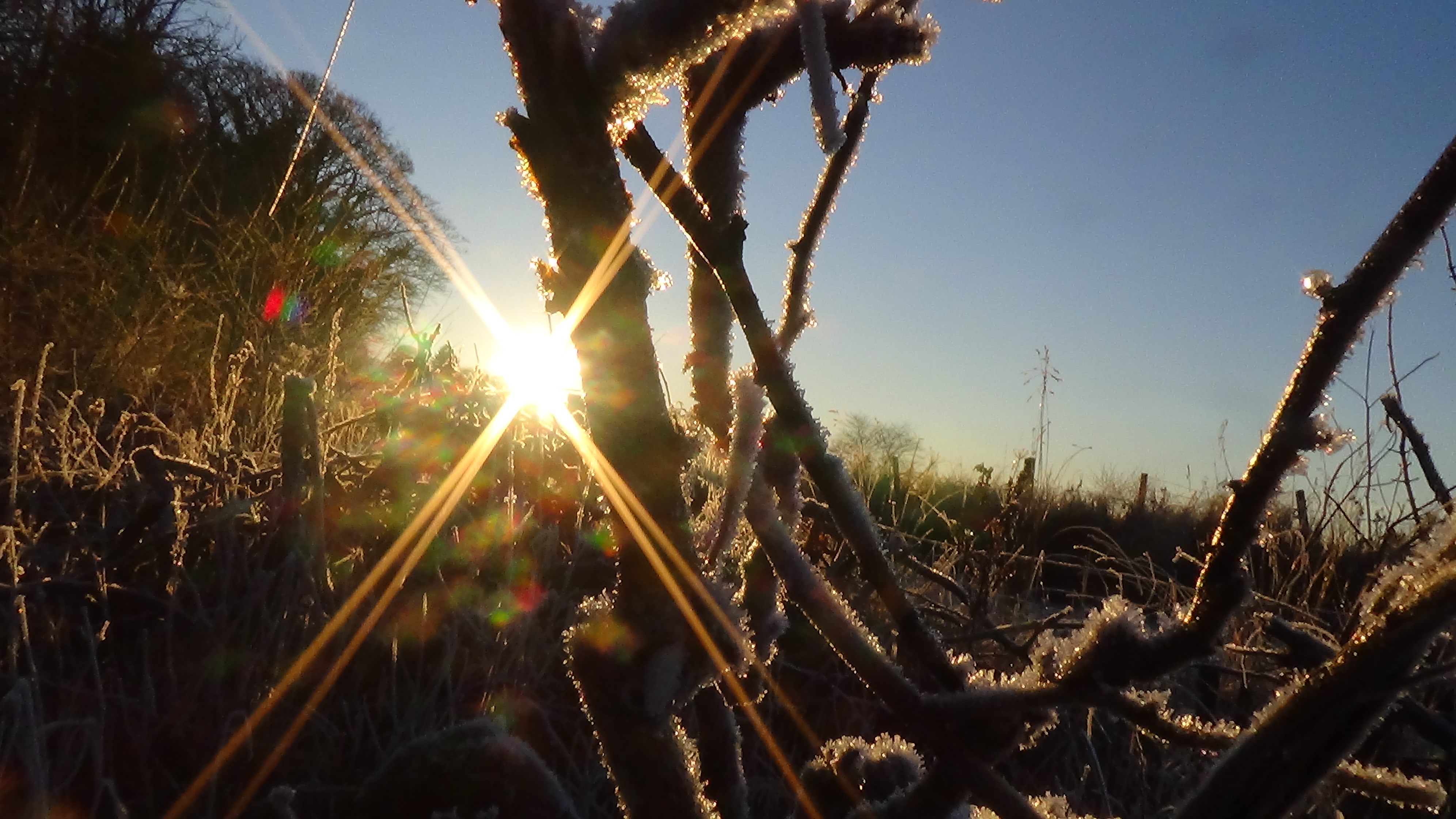 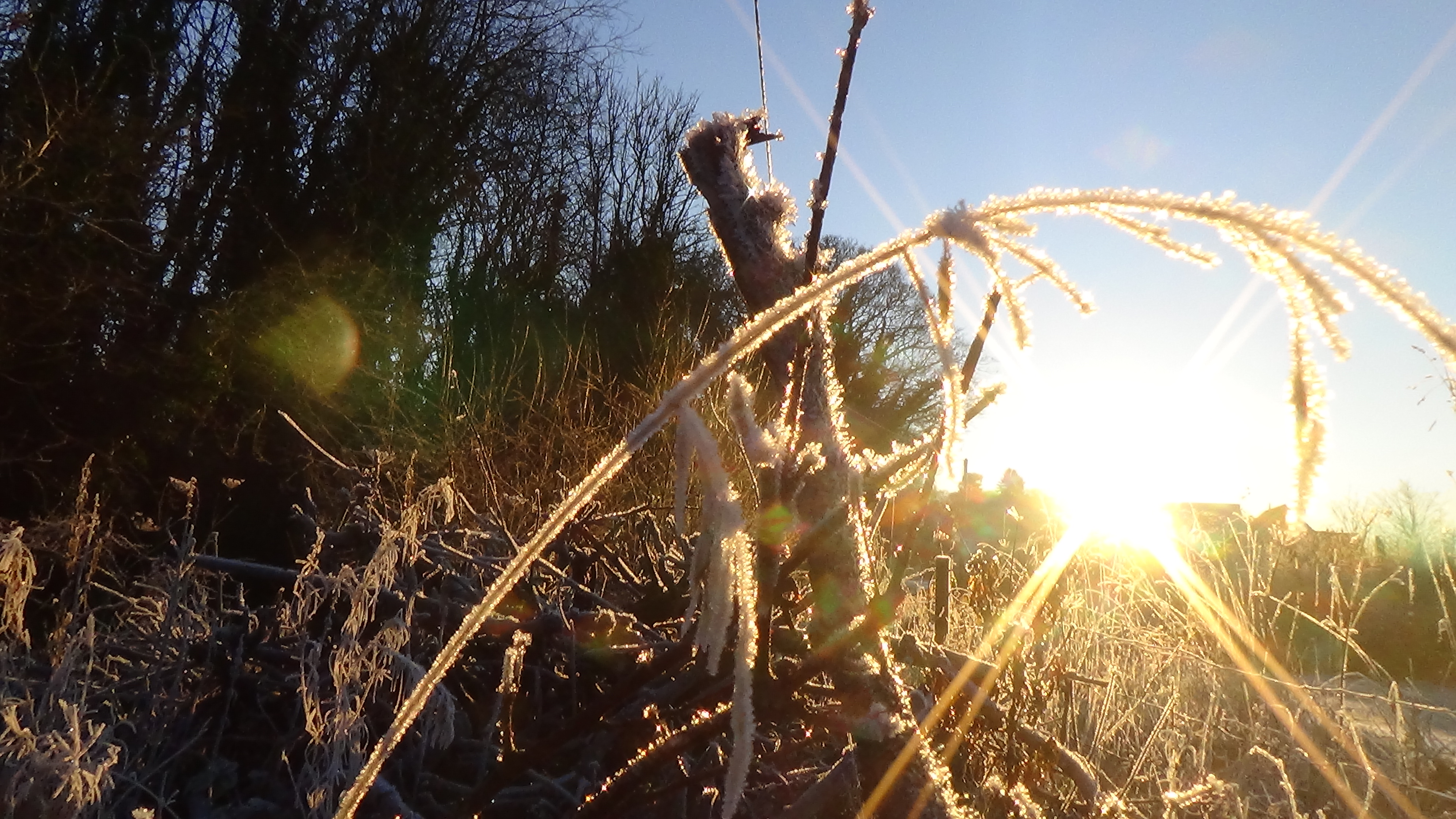 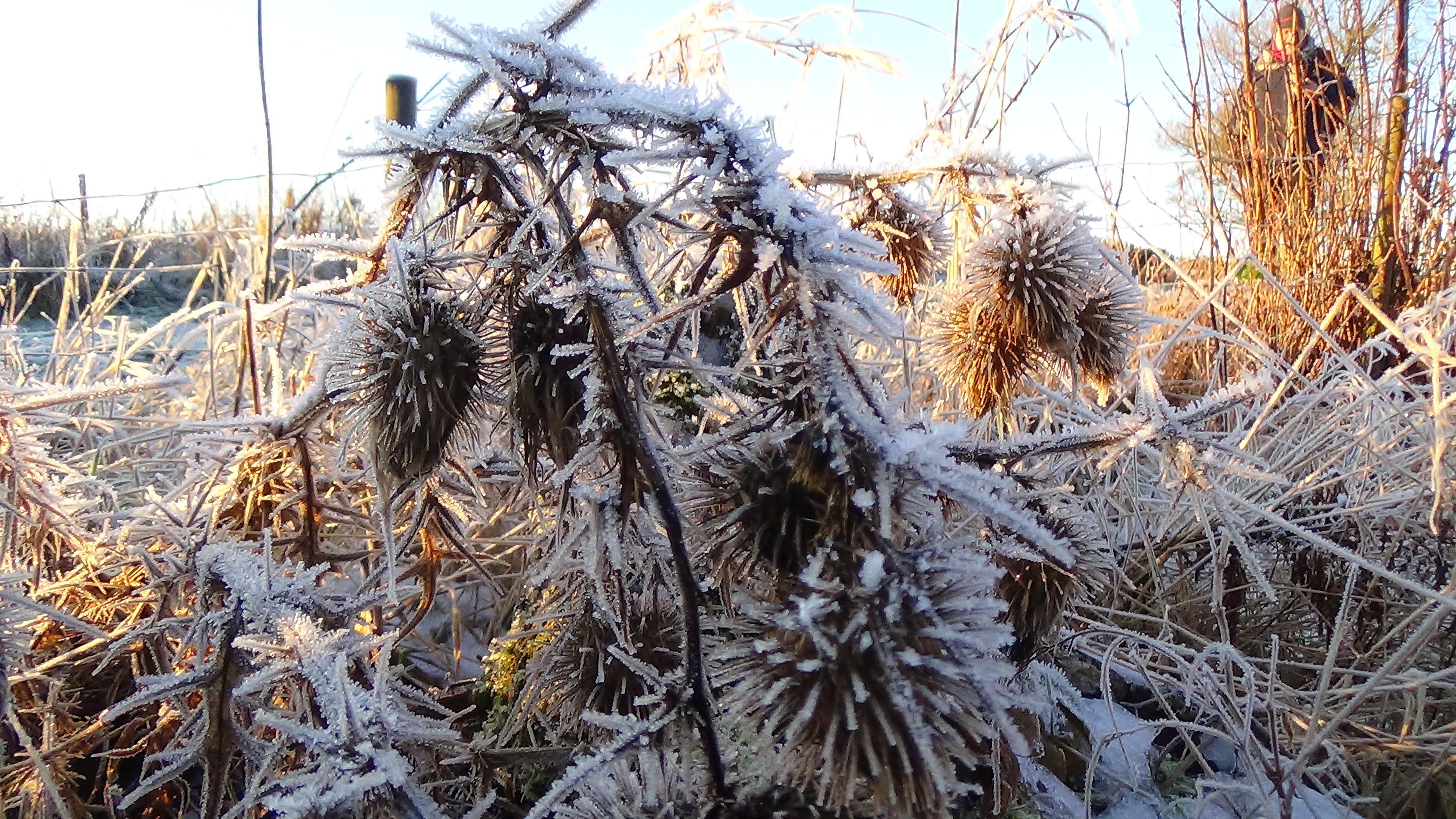 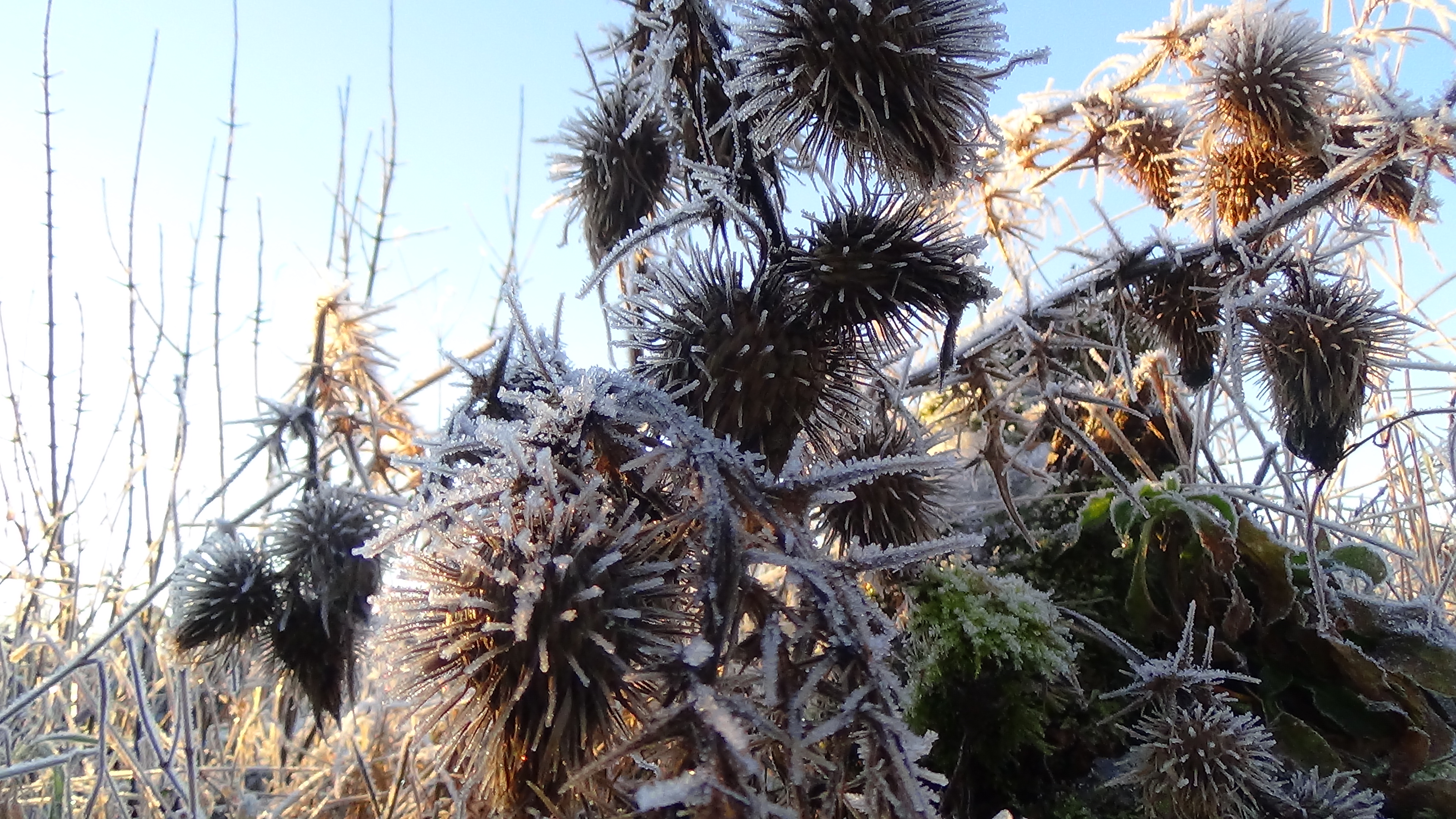 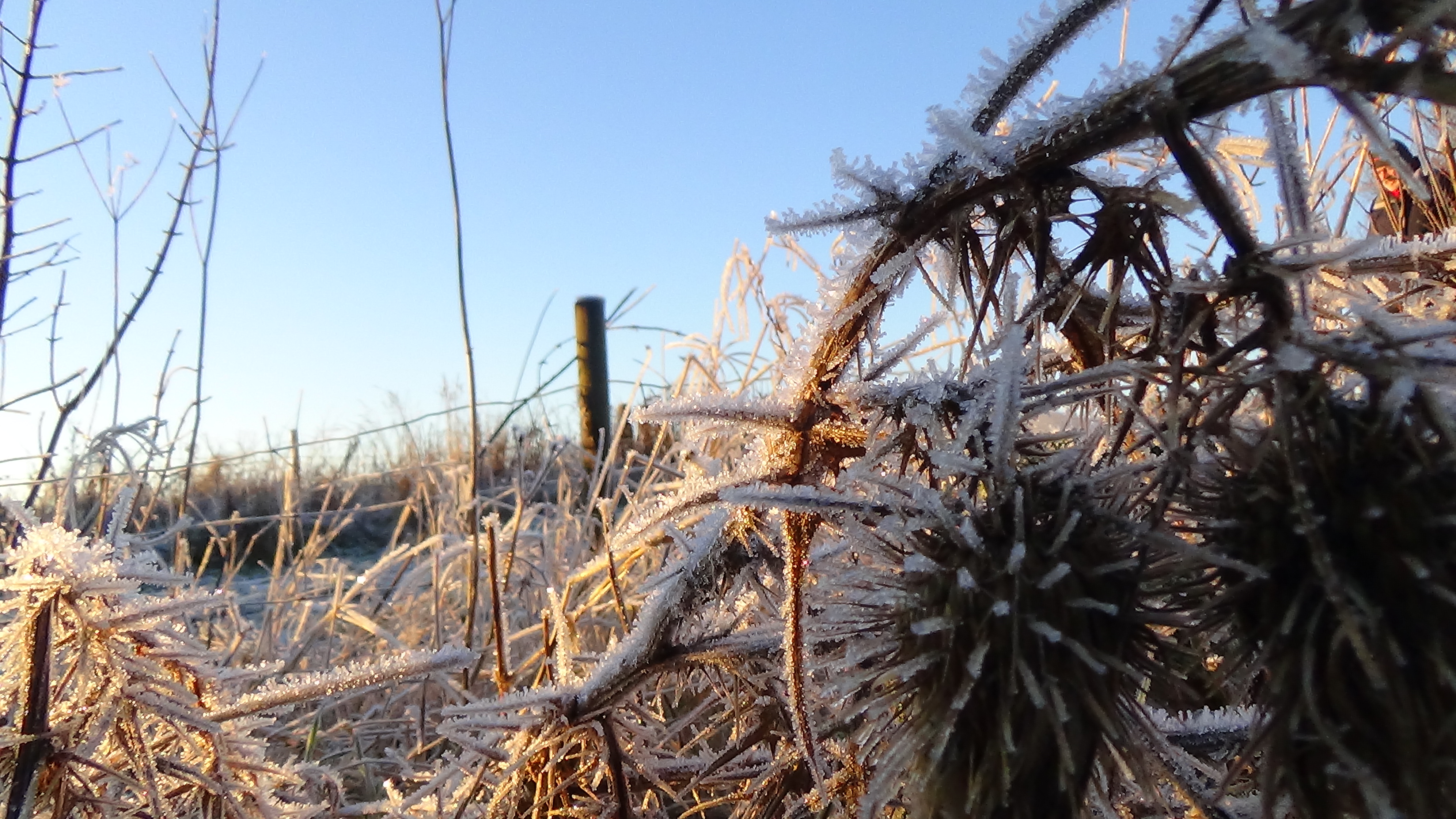 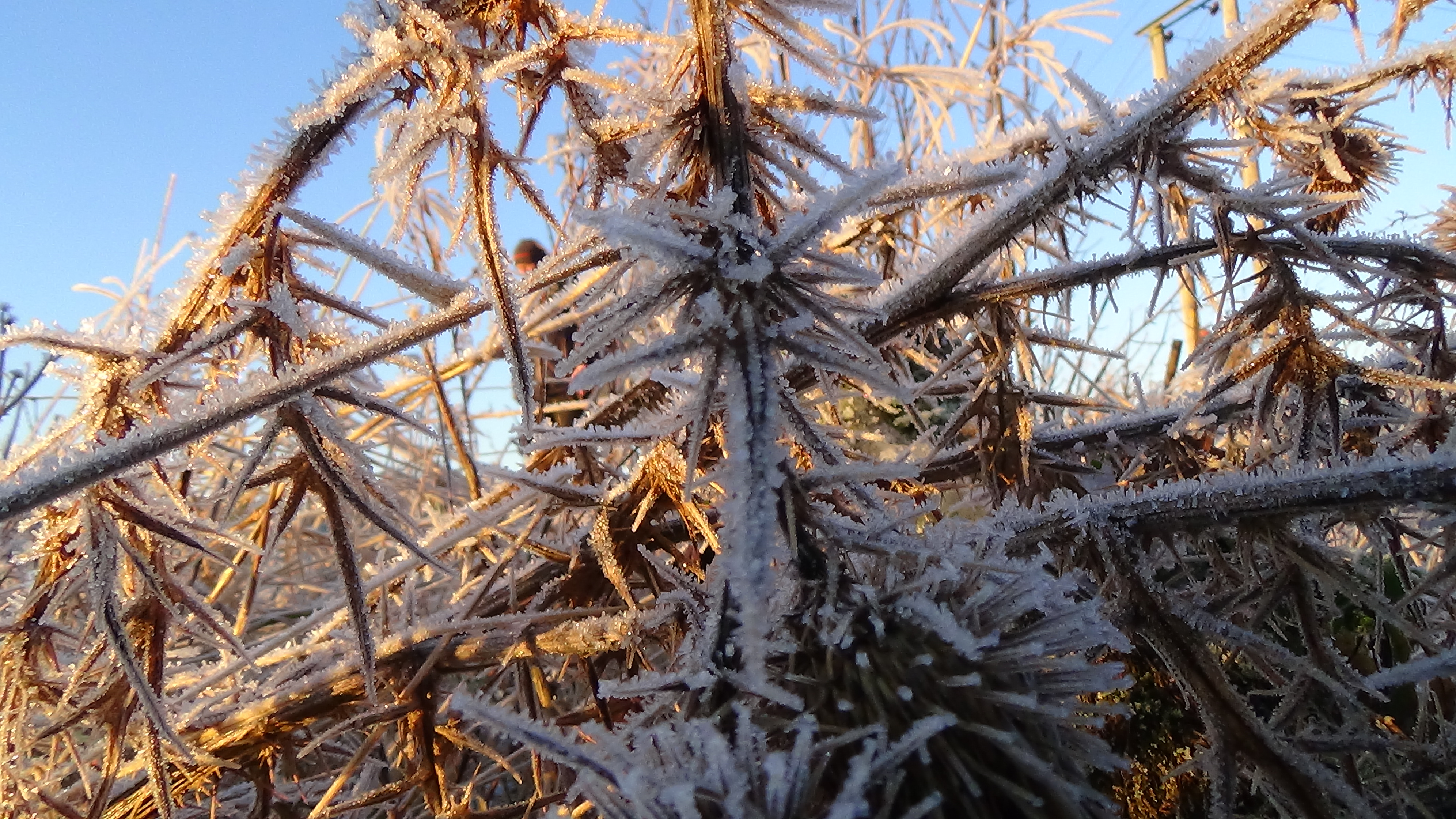 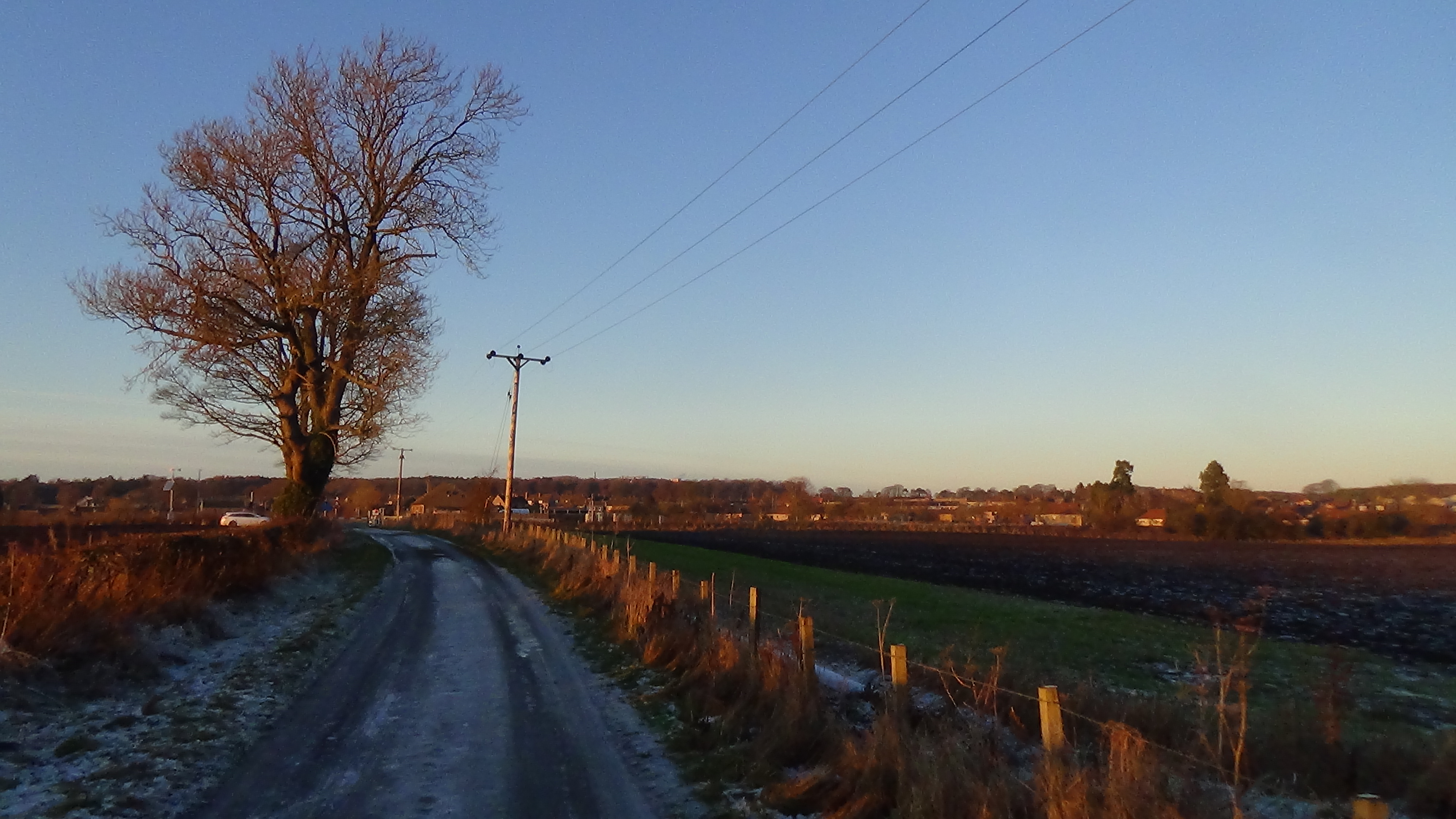 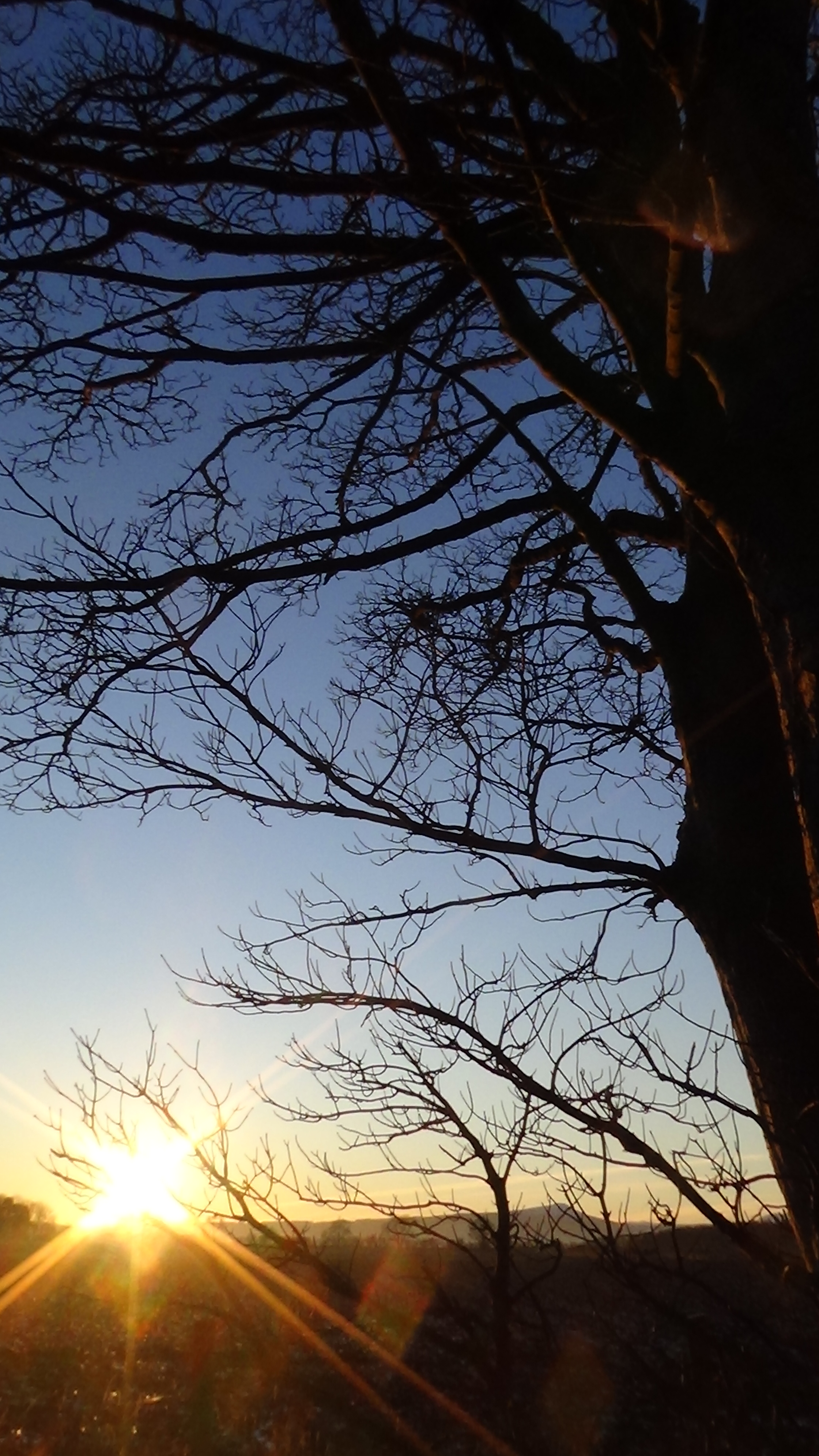 What a lovely photos, especially the thistles (they are thistles, right?)!

Admirable photos. The rays of sunshine give a warm feeling to those cold winter days.

Great photos. It's winter here in Buffalo NY too and I can't wait for the warm weather. It usually starts warming up around the middle of March. That can't happen soon enough!

I watch a youtuber named Jasko doing his Randonautica videos. Im pretty sure he is from Buffalo New York....It looks colder there than it is here on the East coast of Scotland....The Lastest randonautica adventure took Jas to the Buffalo Headquarters of Scientology....Im tempted to see where that app will take me :)...

Buffalo is actually known for the harsh winters. They've been milder over the last few years for some reason but our winters are cold and usually filled with lots of snow.

We have a huge Scientology center downtown for some reason. Strangely, I never thought we had that many Scientologists in this town 🤣 That definitely looks like Buffalo though.

This is the first time I've heard about Randonautica. What an interesting concept. I may have to let my curiosity get the better of me when the warmer weather arrives and give it a try.

I've tried Randonautica once and got to spooked to try it again....Its a trending topic on Youtube and that fella Jasko is one of the main guys keeping the trend alive.They have found some wild stuff and it makes for pretty interesting viewing.Last week a UK youtuber I watch that runs the Exploring with fighters channel found a safe from the victorian era using the app...They blew the door open using a firework and found a load of antique coins....This find made me re download the app....I could do with a victorian safe full of antique coins right about now :)....

If you go Randonauting post your adventure here and I will be one of the first to pull up a seat and get out the popcorn to watch it....hopefully it also ends with you opening a safe with a firework :)

Yeah, I definitely will. I'm adding it to my warm weather to do list as we speak. I'm watching that Jasko video now and that neighborhood they're in around the 40 minute mark in Buffalo are my old stomping grounds. Allentown area and I think they're on the residential section of Franklin St. I used to work at a night club a mile or so up the street. It turns into the entertainment district.

Funny I've been thinking about doing some urban exploration videos too. Seems like the app would add a fun randomness to the adventure. Thanks for sharing these.

It does create a great atmosphere and scenery for photography.

Your photos are brilliant

Great photos, exciting to see Scotland on here, I'm a photographer based in Edinburgh :)

Awesome, I think there are only about a dozen Scottish people active on Hive .... @Steevc does a monthly survey of active UK hive users.It seems there's less than 100 uk users in total.Im thinking I might put together an advertising campaign on youtube and facebook o generate more awreness of the plaform.

I came here as an open mic participant and it kept me going with something to do during the first few months of shutdown.Now with the many varied communities its looking like I might be able to earn the same from HIVE as I would from a part time job.

Hey, thanks for the reply. I will check out @Steevc. I was very active in 2017 on steemit and after that platform went down the toilet, I was surprised to find out about Hive, thriving quietly in the background.

A marketing campaign sounds good. I think Hive is missing something similar to Jerry Banfields activities during Steemit peak, he was all over Twitter, Facebook, YouTube, paid ads non-paid videos etc promoting it and it just exploded. It also worked out nicely for him, however I'm not sure if he got his steem power out in time for the crash (be aware of that if you have a decent amount), I got badly stung in 2018. There are but a few not great videos about the platform right now on the centralised web.

Hi. I've added you to my list of Brits that will get updated next month. I am up in Edinburgh now and again as I have family in Morningside.

I agree we need marketing. That either needs funds or someone with a big audience on other platforms. There may be some of the latter, but I don't know how much they talk about Hive. I met Jerry at Steemfest 2. Bit of a strange guy and he's not posting now, but his account does vote.

I got completely out of Steem after they censored my account for criticising the actions of Steemit.

Mad that a decentralized platform managed to screw you... Goes against the very core of the technology. I had a good youtube channel pulled by Google in 2014 for false accusations of copyright infringement. Wasn't even given the chance to dispute it and lost all my earnings. Jerry is clearly changed, he releases gaming videos on dtube I think, he used to be such an inspiration online, definitely an odd fella.

If hadn't messed up my last stint on the blockchain I might of been living in Morningside 😂, not far though, I'm in Colinton Mains.

Keep me posted about any events, this platform is clearly smaller than steem at its peak. But it might have a future.

Main issue I have with blockchain blogging is if you look at my profile per say and my stats, I get like 555 upvotes on a post but very few of those people actually view the content. 600 plus votes on 3 speak but about 4 views haha.

Also were there any other airdrops or forks like hive from the steem blockchain as I had a bit locked up and got loads of hive when I first logged in.

Nice meeting you! Thanks for the message!

You have some Blurt. I sold mine as there's not much going on there.

There's a Brits channel on Discord where you can find some people. Maybe there will be enough Scots for a meetup when that's possible. If I'm up your way we can perhaps arrange something. If there are any events I'll include them on my Brits posts, but I can't see anything happening for a few months yet.

The lack of engagement is an issue. So many people just do auto-votes to earn something. All I can suggest is to talk to people who share your interests. Maybe find an appropriate community. I know most people appreciate getting comments. Good luck.

Wow! This is just making us want to take a trip around the Scottish Highlands. My husband is a Donald and we would just love to come and explore. Hello from the very hot Cape Town, South Africa.

I just made a post showing The Great Caledonian Canal ,Neptune's staircase and The Old Boat of Caol.If your heading to The Highlands the area of Fort William is one of the best in the country for photography.:)

Wow! That’s beautiful! Is South Africans are a bit cut off from the rest of the world right now, but hopefully soon the pandemic will come under control and we will be able to travel again.

Congratulations @celticheartbeat! You have completed the following achievement on the Hive blockchain and have been rewarded with new badge(s) :