I moved to Vietnam to teach English in November of 2012 but the school decided not to hire me. After that, I washed dishes at Papa Foods in December and January of 2013.

Anna Hanoi Adventure. Long An. Hoa Binh. Moved to Saigon. Kathy Stole My Bike. Fellowship Youth Group (FYG). I moved to Saigon for the first time in February and I stayed there until November of 2017. Vietnamese were encouraging me to come on over and I didn't regret it. Started teaching English at some schools. The bike thing. Vietnamese classes. I started making videos with Barbie Anna. Would ride bicycles all over Ho Chi Minh City. Had many adventures over the years.

Cambodia Visa Run August. Moved to District 12. Moved to Tan Phu. Began teaching in Thu Duc, a high school, the Leaf Pagoda, FYG in District 1, English Rain, etc. Met people. Lost 3 bikes in 2013: one in March, second in like May, and third in December. Visited Long An with students in December. 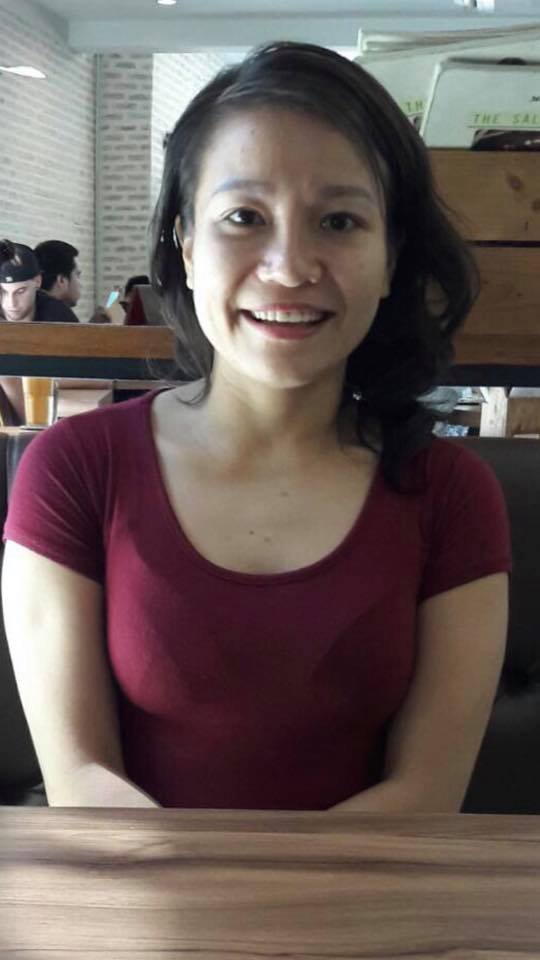 I moved to Vietnam to teach English in November of 2012 but the school decided not to hire me. After that, I washed dishes at Papa Foods in December and January of 2013.

I met Yoga Anna online in December of 2013 and then offline in January. I would take the bus from Bac Ninh to Hanoi to meet with her at a museum and then she got her friends to house me for like 2 weeks. She was helping me look for teaching jobs. She took me around the city to meet her friends. We would go out to street vendors to taste-test foods & drinks. I remember one particular cafe we visited one time.

Near the end of the month, I went in a car to a museum in Hoa Binh. 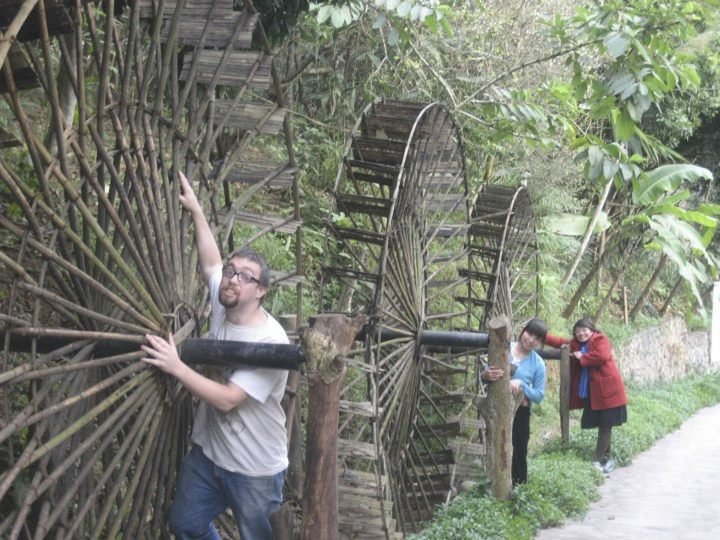 I was teaching English at a museum for 4 days. After that, went to Anna's hometown in Thanh Hoa for a week. On the 9th, was walking around Hanoi. Businesses were closing up for Tet, but I eventually found a hotel that would take me in. The next day, I was in an airplane heading to Saigon. The next day, in a van with strangers heading to Dalat or maybe another place several hours outside of Saigon. One 12 year old knew English and would talk to me. Was there for a week. After that, was back in Saigon on Sunday, the 17th. Peter took me to his house church that same Sunday. Kathy met me that same day.

Tracy helped me apply for a job with Tan Van and New Star that week. 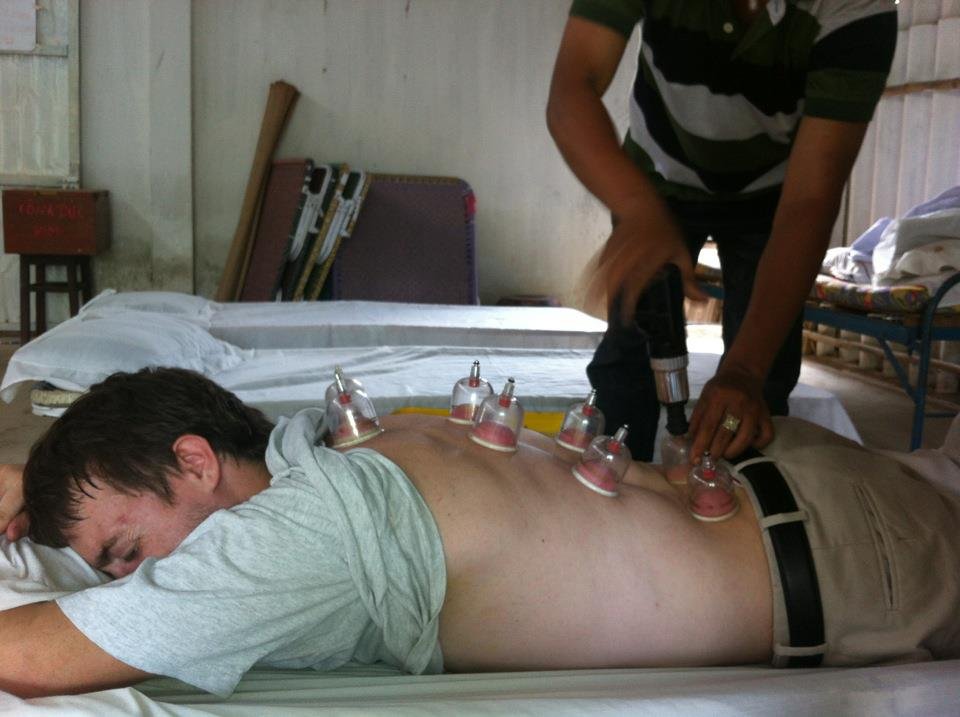 I started teaching for Tan Van and New Star. Kathy would drive me to work on her motorbike. She said she wanted to and I didn't want to say no. She got me to buy an electric bike. Her mother ended up selling that bike. Kathy cracked my laptop screen a bit. 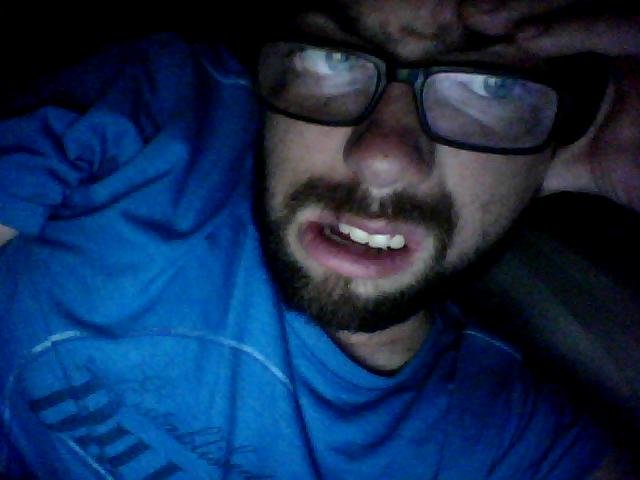 Kathy wanted all my money as she was my driver. I said no. She got mad. I was living at the Balo Backpacking Hostel. I would pay motorbike taxi drivers to drive me to work. I eventually bought a bike which I then lost in May, the next month. Started teaching and helping out with Fellowship Youth Group's English club in District 11 on Monday nights. 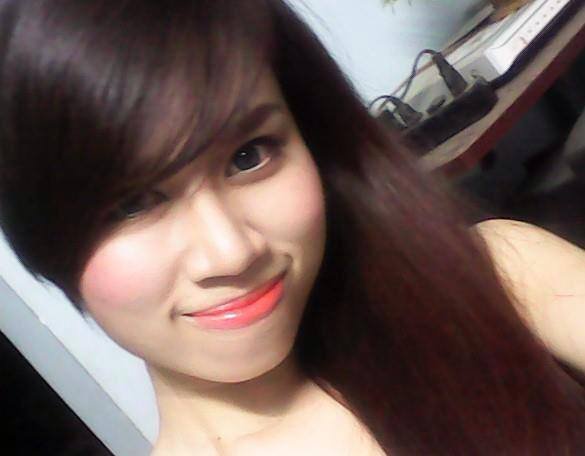 Living in a House

I was renting a room from May to August in a house of three, a mom and dad who didn't know much English. The son was around ten years old and he would sometimes translate as he knew some English. I was watching a few movies on their TV in the living room a few times. I bought a 3rd bike. I eventually got people to mail me some of my stuff on over from Papa Foods. I was riding my bike to work for several hours each day. Oh man, so tired.

I was in need of a vacation. 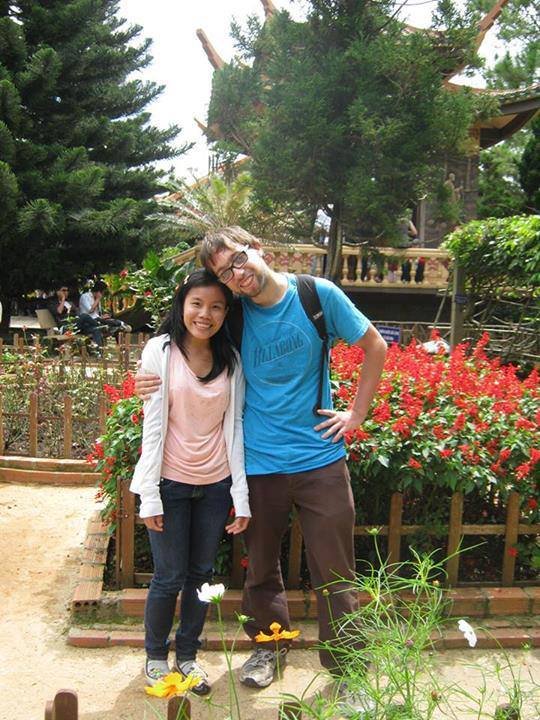 As Tan Van staff, we visited Dalat City for 4 days. We visited a waterfall. Rode on a 2-people bicycle. We visited the night market. We watched some kind of music and fire show or something. After that, Tan Van started giving me less and less work. 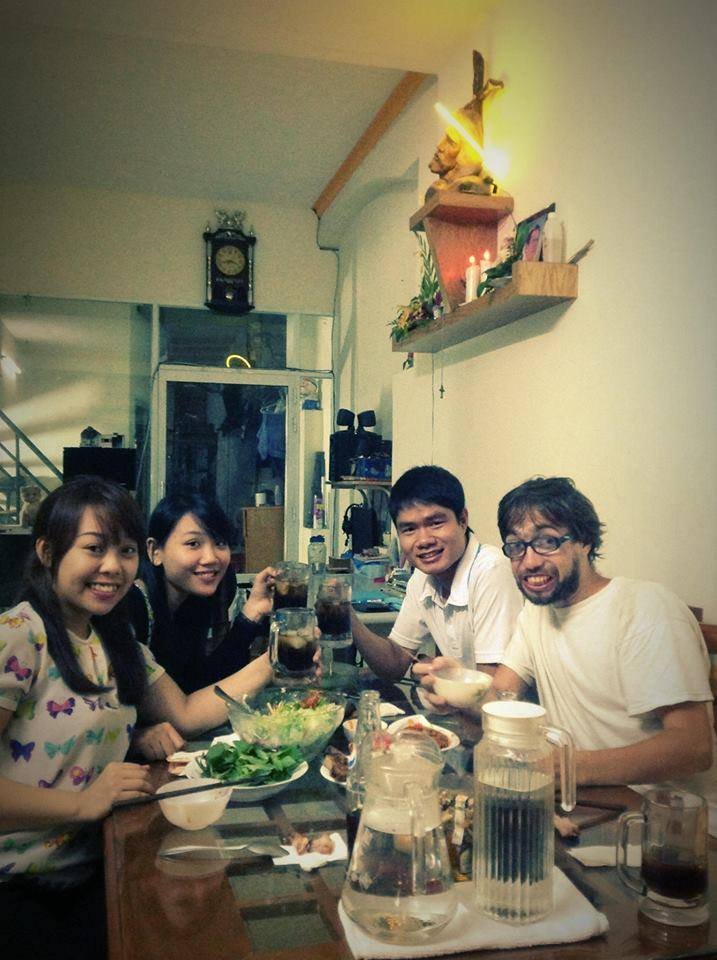 On Saturday, the 20th, around 02:00 AM ICT, I was riding home and came across some kids. They popped my tires.

2013-07-24 - Wednesday - The surprise dinner was just that, a surprise. Russia contacted me via Facebook randomly. A Tan Van coworker of mine may have told Russia about me or she ran across me via Facebook. She invited me for a dinner. So, I hopped on my bike and rode like ten miles over to her house in District 12. This was probably in July, possibly on the 24th. 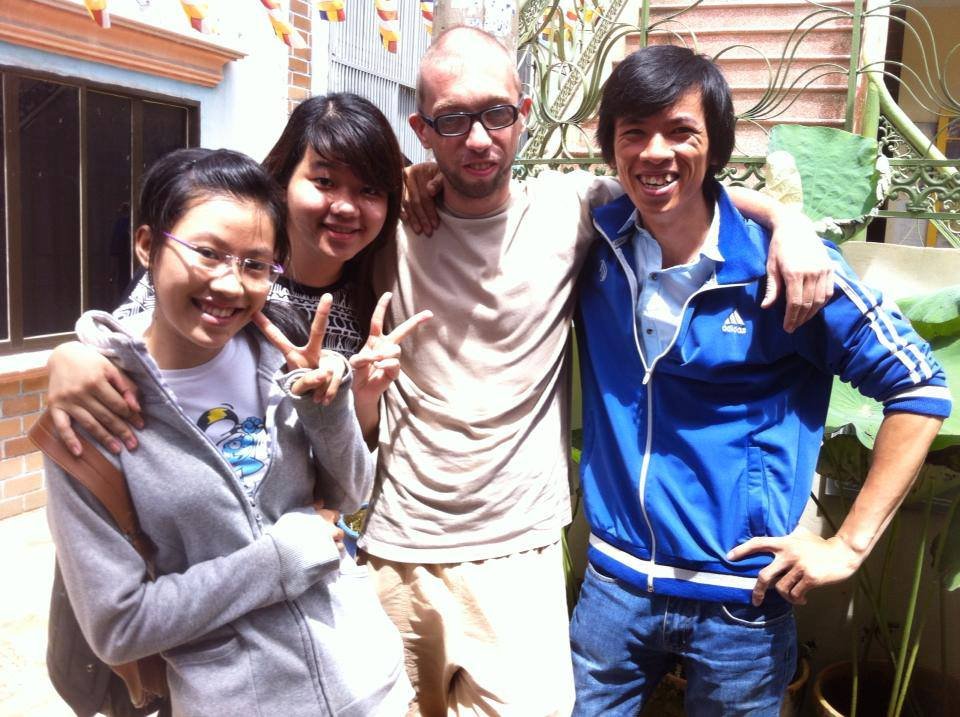 No. Just kidding. But I did get sick with Dengue Fever. I was in the hospital for a week and eventually recovered.

2013-08-17 - Saturday - 07:00 AM ICT - 11:00 PM - I went on a visa-run to Cambodia. On like Monday, moved in with Rick in District 12 and lived there until September or October. One morning, I woke up and he was learning English on his laptop around 07:00 AM. He was listening to Hillary Clinton. He was trying to imitate her speech. I met with Anna Barbie and we made some videos where we would sing. I played guitar and sang Animals Are Dying. I played on piano or I mean keyboard and sang Hey There Good Looking.

Rick would take me to this English club at the Leaf Pagoda. 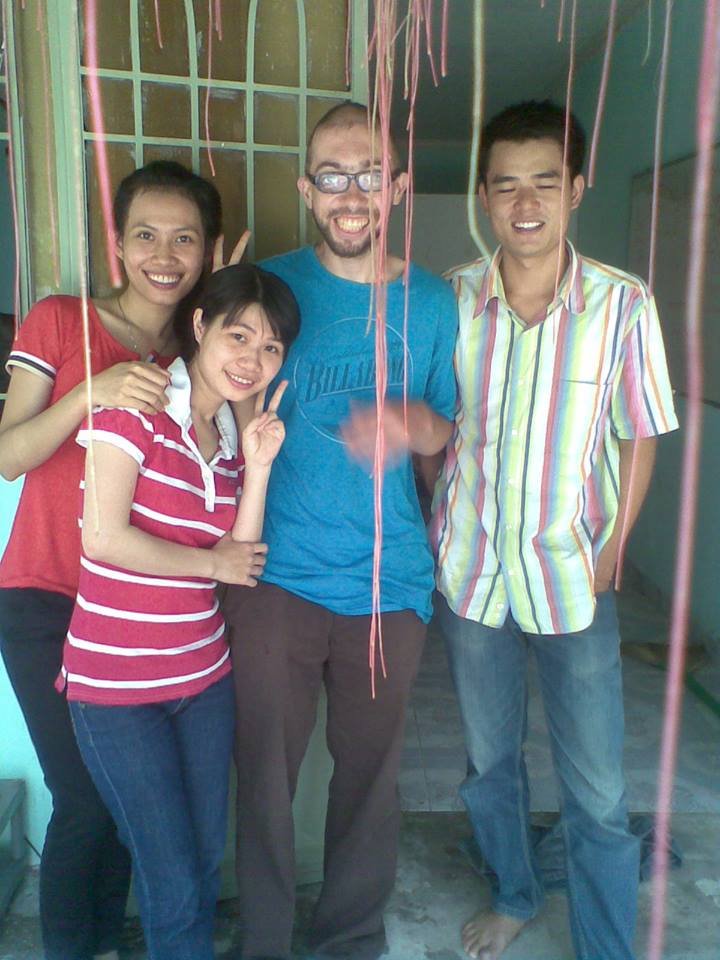 I was riding my bike on a highway or a main road and a man started talking to me. Hey there, are you American. Yeah, I guess I am. I am the only white guy. I mean, are you talking to me or the guy behind me? He hooked me up with a teaching job, an after-school American English program at a high school. I was also attending an English club at the Leaf Pagoda since August. 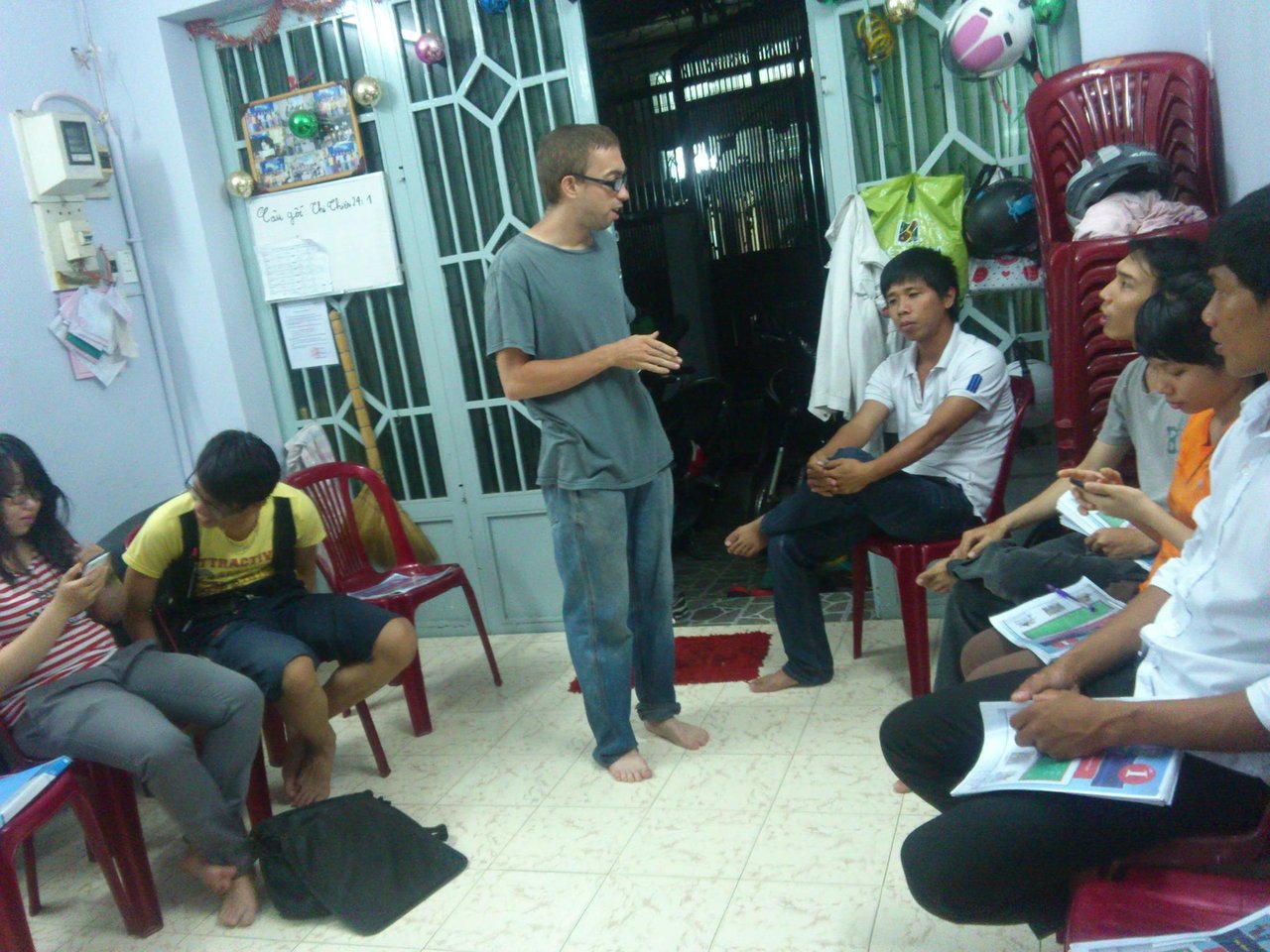 I was living in District 12 since August and then moved into a room with 3 other guys in Tan Phu. They were trying to start an English club with me there. But that didn't work out. I was helping out with English Rain. I was allegedly kicked out of the Drink & Talk English Club. One of my students, who I met there, was a college student who was studying to be a lawyer or judge. He was studying law. He is a smart cookie. Possibly an Invalid Cookie. 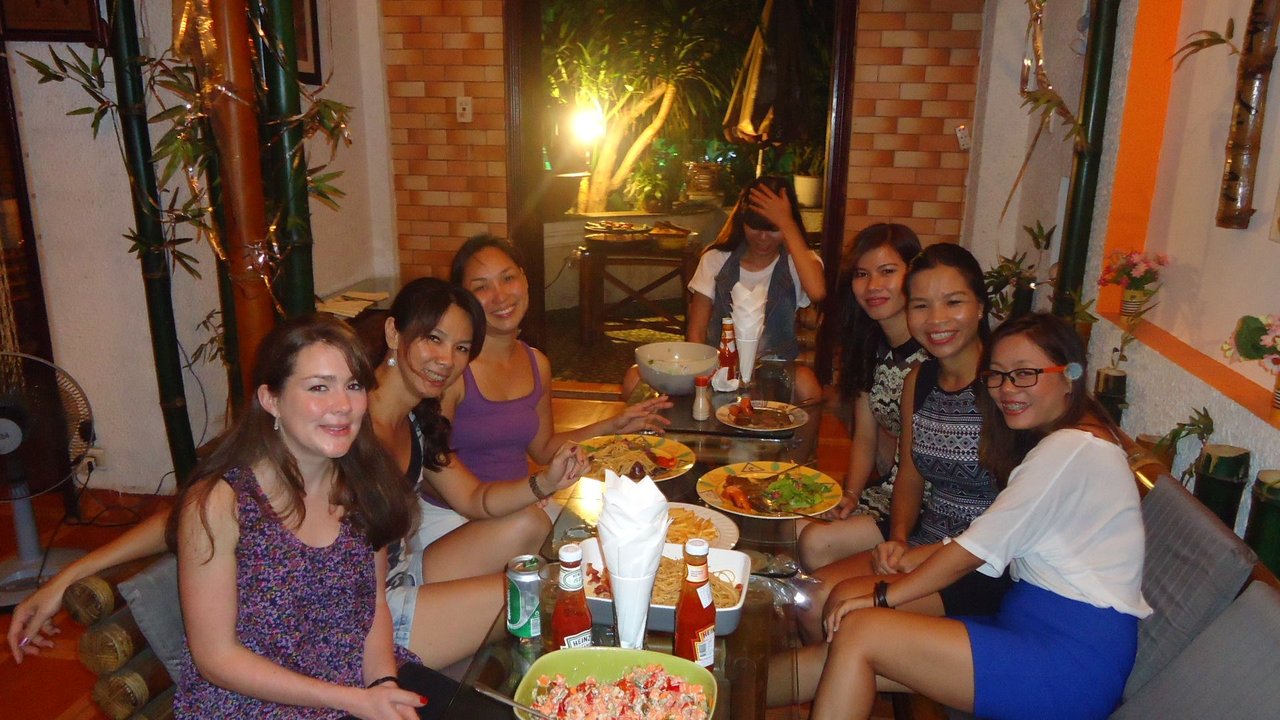 Visited Speak Up one time. I would meet with some of my students at Mộc 37 Cafe. I helped Charlene Jolly locate that cafe. English Rain was 07:00 PM ICT on Fridays. I would have class with Tiem Long at Solo Cafe. I taught English at Z Coffee - Cocktail & Wine. I visited Grace Cafe and Master's Cup. 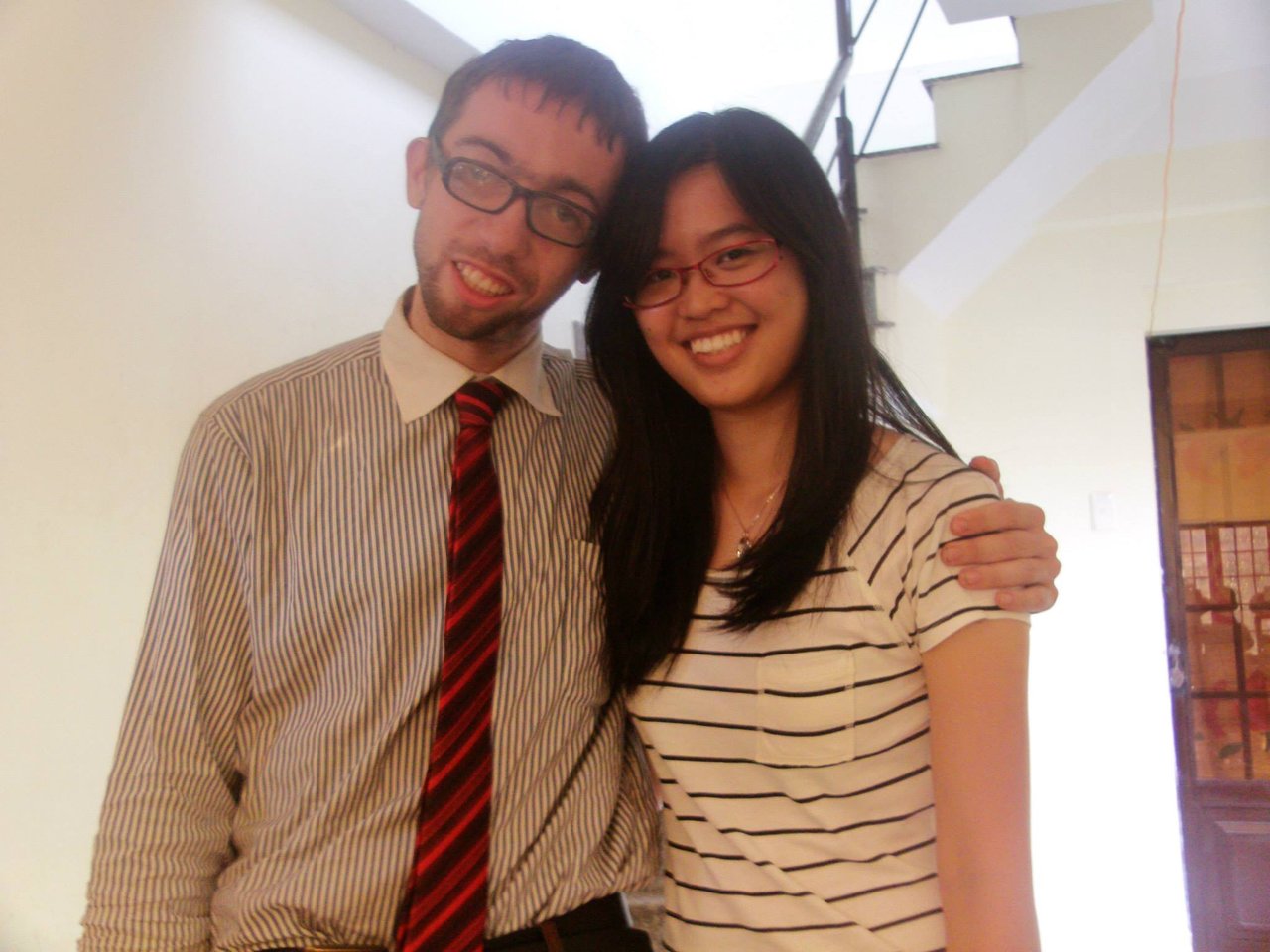 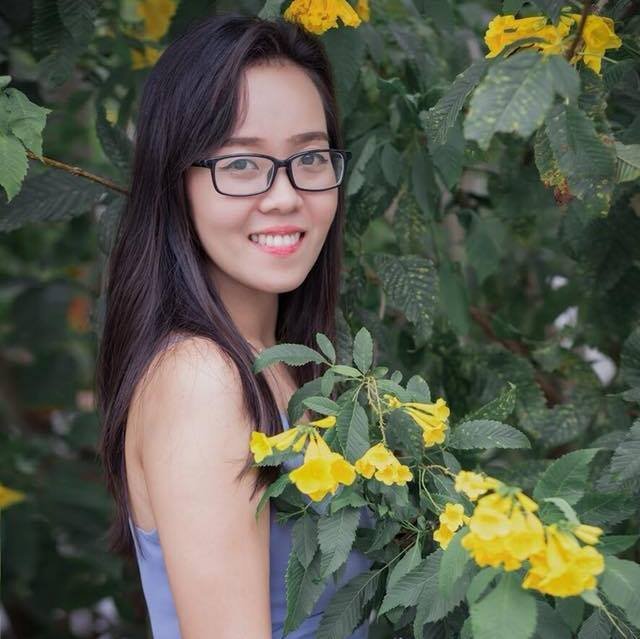 Arnold, how many times have Vietnamese stolen your bike? There are many thieves stealing foreigners' goods in Vietnam.
You suffered a lot in Vietnam. In Vietnam you have a rough and skinny look.
Still, are Vietnamese women friendly and pretty?

Even if I speak English wrong, your photos are fun.

Three times in 2013. My 4th bike is still in Vietnam somewhere lol. But technically, my 4th bike was only partially stolen. Maybe not totally stolen as somebody was holding onto it for me. Yeah, many nice Vietnamese people. I was not very skinny. It is more that too many people are fat and they think that is normal. I am just like more normal as a not very fat person. But many people think fat is normal.

Arnold, I mean, when you were in Vietnam, you were thinner.

I kind of was thinner sometimes.

Seems that despite the turndown you had fun too.