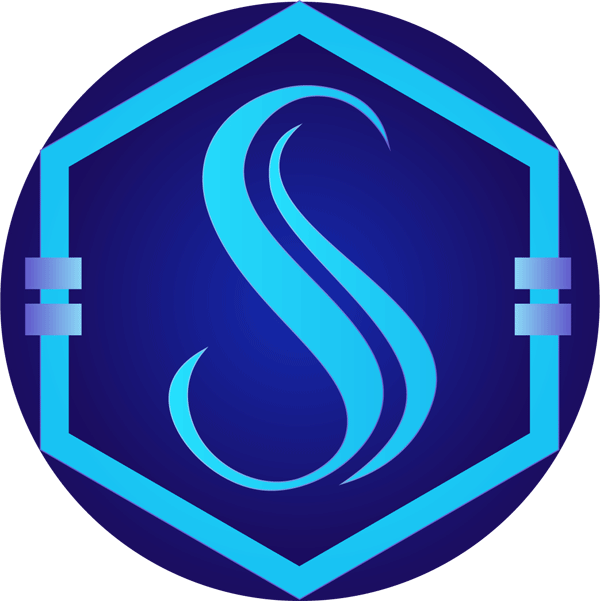 He stood at the edge of the village as people gathered in fear.

Strange items in his hands no one had ever seen.

He called for a circle yet many were already there, watching… fearful of what was next...

He laid down the strange items, put his hands in the air… by this time he was crying softly.

He bent to his knees, hands still in the air, then put his face to the ground and called out “I love you all, I mean you no harm, my mind is clear!” Over and over, face still to the ground...

Having no idea who this strange man was, felt his call from deep within her and walked to him as the rest of the village cowered.

As she placed her hand on him as if to ask him to rise, he slowly rose.

Upon seeing her face, he yelled “You remembered!”.

“Remembered what?!” she gasped.

As he looked into her eyes he could tell she had not remembered him at all.

His eyes welled up again..

Choking back the tears, he began to stand tall.

He reached for her and hugged her tightly… it seemed to last an eternity with the village watching in fear, confusion, and awe.

When the embrace was over, he stood back with fierce conviction… tall and with breast forward. His hand still on his mothers shoulder, staring deep into her eyes, he said softly “Its ok, I understand now… just remember that I love you.” 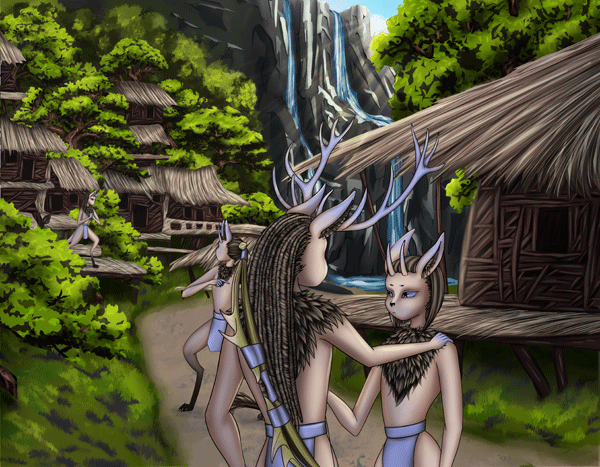 His mother was stricken with both fear, and a sense of belonging, as she began to weep wildly.

He then turned to us, his eyes wide with excitement and called out “I have a message of great importance for our village!”. “Please, I am here for a great purpose, do not fear me, I understand now!”.

The villagers turned to his mother and as she wept softly to herself, as if to ask her if it is safe...

She simply nodded toward them as if to to tell them to let him in.

The elders of the village reluctantly agreed to a circle called by a “lost, that was now found”. He started by explaining what happened with him and Lyranthia.

Explaining she meant him no harm and that the reason he seemed so crazy afterward was because what she showed him was to much for his mind to handle at first.

Explaining that it took a couple moons for him to unscramble it all. He told us she was giving him something greater than being the best hunter. That now he was called a warrior and he had come back to protect our village.

That something called a battle was coming. That there are others out there and some of them are very dangerous. Far more dangerous than the beasts that roam our lands.

He said these dangerous ones will come eventually and kill us for our resources and that when this day comes happens we need to be ready to fight.

He showed us the items he had with him.

He called them weapons.

He explained how they are not meant for hunting normal beasts, they are meant for killing the dangerous ones that come, and greater beasts than our land has ever seen.

This of course scared everyone and there were mumbles of banishment again under the breath of many in the village.

With great poise and presence, one of the elders named Sythacar stood up and motioned for all to quiet down...

He reminded them that all of them have seen things in their mind that they did not understand since the beginning. Then he told them of a recurring one that he sees…

“Sarlan!” Sythacar said in a very stern tone…. “What is this weapon called? I have seen this exact weapon in the images in my mind.”.

“It is called a sword, and its made of something called bronze. I guess they make it from a couple of things called metals”, exclaimed Sarlan.

“This specific sword was made by the greatest weapon maker there that ever lived… Bashlar the invincible. A weapon maker from ancient times that is long past dead.

Sythacar looked with great horror and exclaimed "I have seen this weapon kill many people in my mind images! I have seen it in the hands of our hunters, defending our village as well! It cannot be coincidence that our greatest hunter has brought this weapon back to us along with his story."

“We must believe his stories and do all we can to prepare as he is requesting!” he cried loudly. (nods and grunts of agreement came from the crowd)

He turned to Sarlan, still holding the sword, and says plainly “Tell us what to do, we are with you.”

“Resources”, says Sarlan. “We need resources. We must begin gathering as many as we can immediately. There are resources on our land and surrounding lands that we do not understand yet. They can all be used for something."

"I do not know myself how to use them, yet some of you can go to Lyranthia and she will teach you with her gaze as she has me." exclaimed Sarlan.

"It takes great courage to stand in her gaze, but it does not take great physical strength.”

He goes on to say, “Her gaze brings forth what is already within you. Each one of you, no matter how weak, will find immense knowledge that matches something buried within you. Yet you must not fear it… to fear it is to stay lost. So I say to you all… if any of you feel a call to her, go to her at once! Our village depends on it!”

“In the meantime," said Sarlan, "I want the 3 greatest hunters to come so I can train you in the ways of combat. You will become our greatest warriors and will protect our village from what is coming by training the rest of our hunters, and any of our village that feel the call to battle. We must be ready!”

33 moons it took, for Sarlan to train the 3 best hunters of the village… Basham, Shanthra and Wastrian, in all the ways of combat and weapon wielding of this age.

He showed them everything he learned in his time lost. They become the most skilled, each in their own style of combat.

These 3 become known as the village protectors as well as the teachers of the ways of combat.

At the end of the 33 moons, when Sarlan knew they were ready, he told them to teach all in the village with the call to learn combat.

“I now have the skills I need to defeat the dragra so our village is free of its wrath. I will return. Keep them safe.”

These were the last words the the warriors heard from Sarlan before he wandered away as before. This time with great purpose.

Since then, there have been many villagers to go see Lyranthia… many are still lost, very few have returned.

First to be found was Ithrius, who came back with knowledge of stone cutting and building.

Hillrium came back next with knowledge of food production.

Ranthus came back with knowledge of wood and its uses.

Dwafarim was found next. When he came back clear again, he came back with knowledge of ores that can be mined from the lands.

Smithram, the last to return so far, came back with knowledge of metal working.

These are now known as “The Found”. They are still feared by some, but most villagers have embraced their abilities after seeing how it’s helped our village.

Any time one of our villagers wants to learn a new skill they now go to one of The Found.

Under their guidance we can learn the skills that have been brought to us from those brave enough to become lost in the gaze of Lyranthia for the greater good of our village.

Many in the village that cannot remember Lyranthia or Sarlan to this day.

Some are beginning to say they are a myth that the old ones made up for stories around the night fires, or to keep us working and collecting resources.

Others have become obsessed with searching for them…

Yet not one villager, outside of those called to Lyrnathias gaze and then lost, has actually seen either one of them since that day that Sarlan gave his farewell to the newly trained warriors.

So we gather and we learn and we train still… for one day, the elders say, something is coming… and we must be ready.

This concludes the Origin Story of Tel.

This was such amazing LOREEE! Can’t wait to watch the game and the story unfold alongside each other! The new art looks great aswell! And OMG is that the coin art!!! <3

Hell ya man! thanks for the support!

The Lore The Art The Anticipation has me excited too. I joined the discord. They seem to be very open to suggestions as well. This might just be "The Game"!!! Ha. Much Love @the-singularity. keep up the great work.

Thanks man! We are working hard to make it the best crypto game out there!