It Pays To Learn In College

evernoticethat (69)in #education • 4 months ago 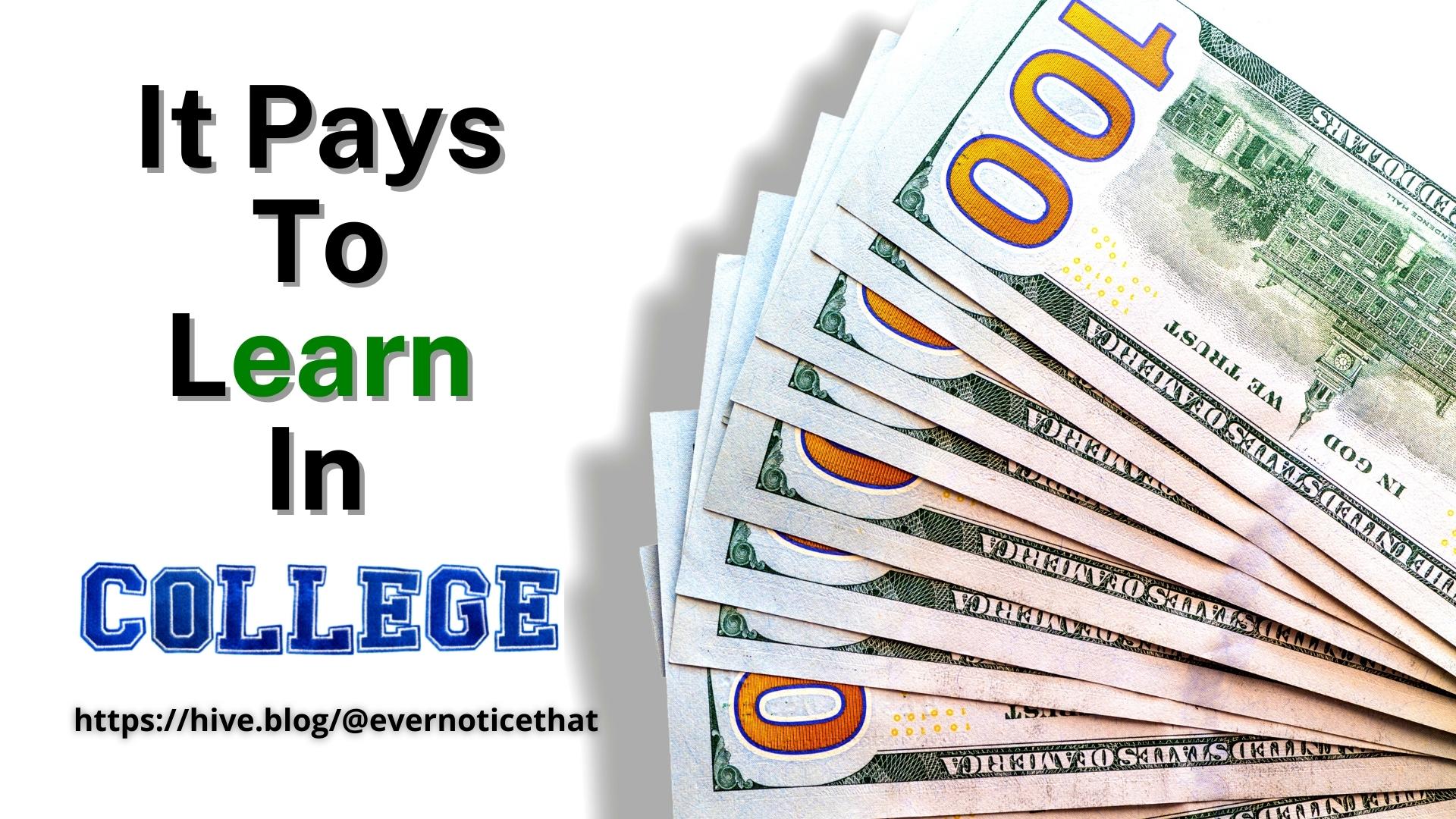 Just wrapped up another successful semester on campus and earned another 4.0. Four semesters in a row of earning an A grade. I'm not gonna lie and say it was easy, it wasn't. This was a full 15-week course squeezed into 8 weeks, and I thought my hands were going to fall off after all of the typing.

But it feels good to finally have this shortened season under my belt and be able to have a little breather before the Fall semester begins in just a few weeks. For now, I'm going to savor this victory that was so hard-won.

Learn To Earn With Scholarships

The other good thing that's happened this year has been scholarships. My school gives out free money and I've managed to snag my share of it. To date, I've won almost $3,000 in grants which don't have to be paid back. The only thing needed was to apply and write a short essay. This is where my love of writing has really paid off, as I've been complimented for the submissions that I've turned in.

The strange part is that I expected stiff competition with each entry, but the scholarship office told me that on our campus much of the money goes unclaimed.

Take the most recent one for example. Last week I applied for a scholarship and was surprised two days later to hear I'd been awarded $1,000 just like that. It turns out that nobody had even bothered to apply all year long, and I was the only entry. And it's not like they don't try to get the word out, students just don't bother responding.

When they do respond, they often fail to follow the instructions properly which means their entry ends up being discarded. I usually have the instructions right in front of me and follow them to the letter. If they say you must write five paragraphs, you better not write four or six. You're also required to write a heartfelt Thank You letter after winning the award, and that's another area that costs students potential scholarships.

Remember To Thank Your Donor

They give you a deadline to thank your donor and many people get so absorbed with gaming and other nonsense that they forget and end up losing the award. Not me, as soon as I was informed that I won, I set out to write my Thank You letter that same day.

I feel bad for the students that either don't send their thanks in or don't bother to apply in the first place, but we all have an equal chance as long as we're willing to put in the effort.

With books and supplies being as expensive as they are, the funds really help me to become a better student and allow me to conserve my personal funds as well. The scholarship board gushed over not only my entry essay, but my Thank You letter as well.

I didn't just bang out any old response, but personalized it while staying within the requirements. Getting good grades also helps because if two students both have a good essay, everything else being equal, they'll usually give the award to the one with the better grades.

So, all of those late-nighters I pulled studying, are now paying off in more ways than one. How is your educational journey going, and what are your academic plans for the rest of 2022?

If you found value in this post, please upvote and reblog