Personal Growth And Blogging On Hive 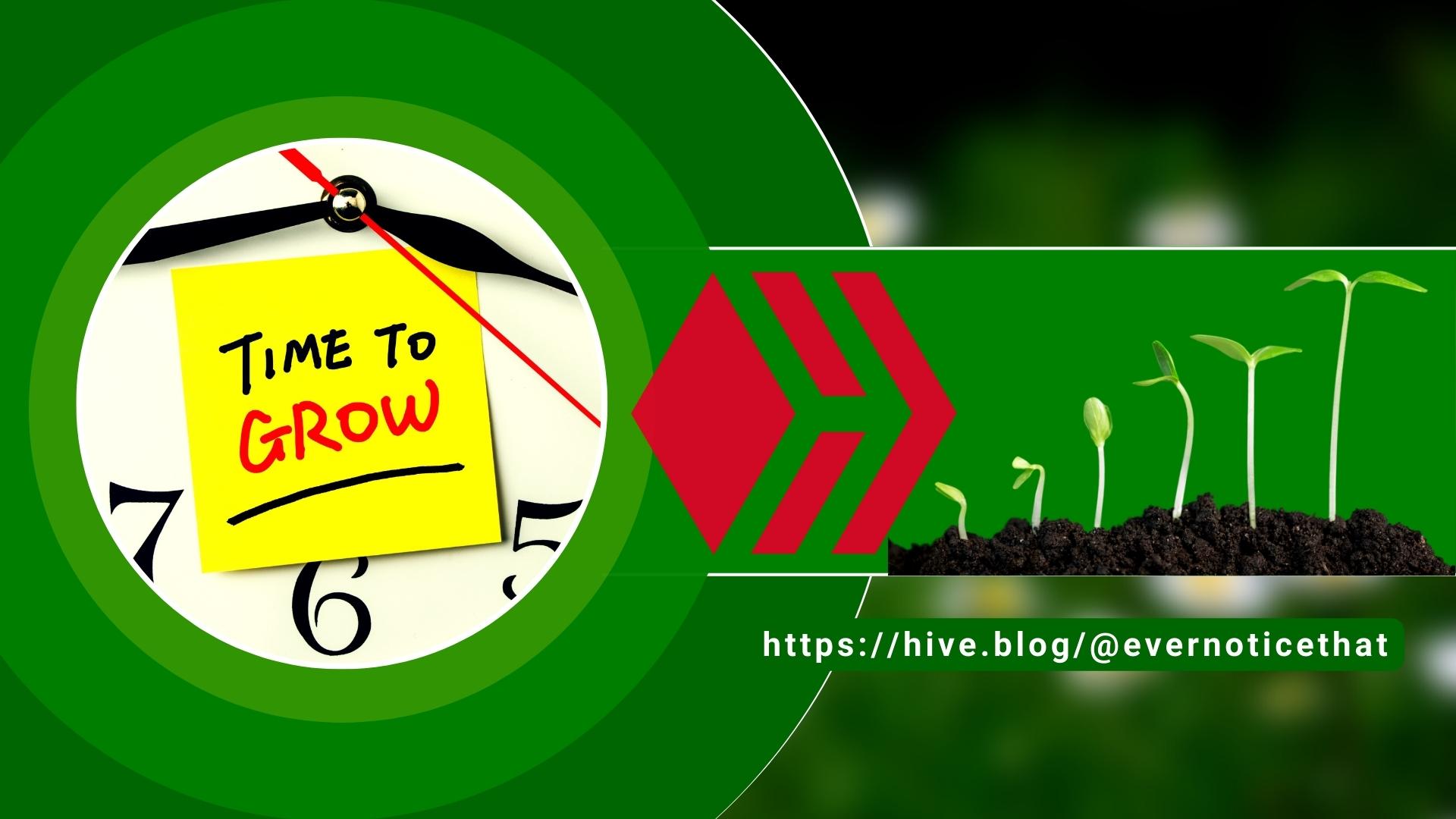 I've been posting recently about recognizing and counting your blessings, while being gracious in life. If anything, I'm seeing that stance being reinforced day after day as I interact with the people around me, both literal and digital.

Someone once said that every day above ground is a good one, and I completely agree, as it gives us more opportunities to influence the existence of of our fellow human brethren in a positive way.

I watched Soaked in Bleach about the life and last days of Nirvana frontman Kurt Cobain. It illuminates how an individual who was admired by millions can be here one day and gone the next. It also speaks to me of the very temporary nature of our stay and the necessity to touch the lives of as many people as possible in the transient time that we're here.

That's it. That's how many hours there are in a week. 168 swings around the clock and you've plowed through 1/4 of a month. When you see time laid out like that, it reminds us of just how quickly it passes us by. 52 of those periods and yet another year is gone. The question is what will we do with our allotted lifespan while we're here?

As a kid, I was thrust into adulthood early by a single mom who was often violently drunk whenever she was around. Instead of enjoying being a kid, we were tasked with changing diapers, feeding babies and worrying about bills. This tends to make one grow up real fast, and is one of the reasons I understood Michael Jackson when he discussed having no childhood as well.

Like him, I could only look out of the window at the neighborhood kids playing and wishing I could join them. But we couldn't. We dealt with bill collectors and the landlord. No electricity in the Summer or Heat in the Winter, while bringing our free school lunches home to feed the babies since there was often no food in the house.

Childhood? What was that? Mom was away and we had kids to raise. I had work to do, endless chores around the house designed to exhaust us and keep us out of trouble as that's how she was raised back home on the farm.

It was not unusual for our mother to disappear for days at a time leaving a 10 and 11-year-old to look after three other kids including a newborn baby. Once she was gone for an entire week on a romantic fling, and only returned after running into a neighbor who shamed her for leaving young children alone all of that time.

Believe me, I get the whole having no childhood thing very well. As kids, me and my older sister had to learn to develop our nascent independent mindset at a very early age.

What it did do was built character and kept us out of trouble. Having to take on adult responsibilities while so young, also gave me an appreciation of the full-time job it is that many women at the time had raising kids.

Trips Around The Sun

That experience influenced me as a boy/man and sharpened my instincts of empathy and compassion. It had a forward-looking effect on my ten-year-old mind so that by the time I was 17, people around me were already saying that I seemed older than my natural age. At 18, I felt I was already old.

Thus, if you've read my work over time you'll sense a thread of pensiveness to my blog posts. Tomorrow isn't guaranteed to any of us.

That's why the immutable nature of the blockchain is so important to what we create here on Hive. So that when we've circled the Sun for that final time, thanks to Hive, something is left behind to provide guidance and hope to that one person who may need it the most.

If you found value in this post, please upvote and reblog

#thoughtfuldailypost #life #mindset #lifestyle #ecotrain #vyb #pob
2 months ago in ecoTrain by evernoticethat (68)
$0.95
75 votes
Reply 6
Sort:
[-]
poshtoken (77) 2 months ago
The rewards earned on this comment will go directly to the people sharing the post on Twitter as long as they are registered with @poshtoken. Sign up at https://hiveposh.com.
$0.00
Reply
[-]
josediccus (79)honorary member 2 months ago

It's crazy, growing up... Not as a childhood but already slotting into adulthood when the time was basically meant for you to be a child. There are many people like you and I who sees childhood as an unforgettable experience even if shaped us to be better people. It came with its consequences and implications. No one should have to skip an important stage in their life like that. I'm glad it didn't drown you.

Thanks, and no, it didn't. None /of us has ever been arrested or in trouble with the law because of the manner of our upbringing. Mom said we would hate it at the time but that it would be good for us in the long run and she was right.

I developed a great work ethic that served me well when I started working. I don't drink, smoke and have never done drugs, all because of the strict and cloistered way we were brought up. But it would have been nice to have had a little more balance as a kid as children should never have to take on adult responsibilities and should be allowed to grow up at the when the time is right.

Congratulations @evernoticethat! You have completed the following achievement on the Hive blockchain and have been rewarded with new badge(s):

People that had to grow up at a young age understand this. My case was not a drunk mother but no mother at all. I lost my mum when I was 12 and pretty much had to become a man from that point onward. Cheers to surviving the odds and being the people we are today, despite our childhood experiences mate.🥂

I'm so sorry to hear that, that's a very young age to lose a parent and it looks like we both had to cope with growing up sooner than we expected. Cheers likewise to you as well for staying strong in your quest for success.