The Art of Hiking and Cosmological Maintenance 14 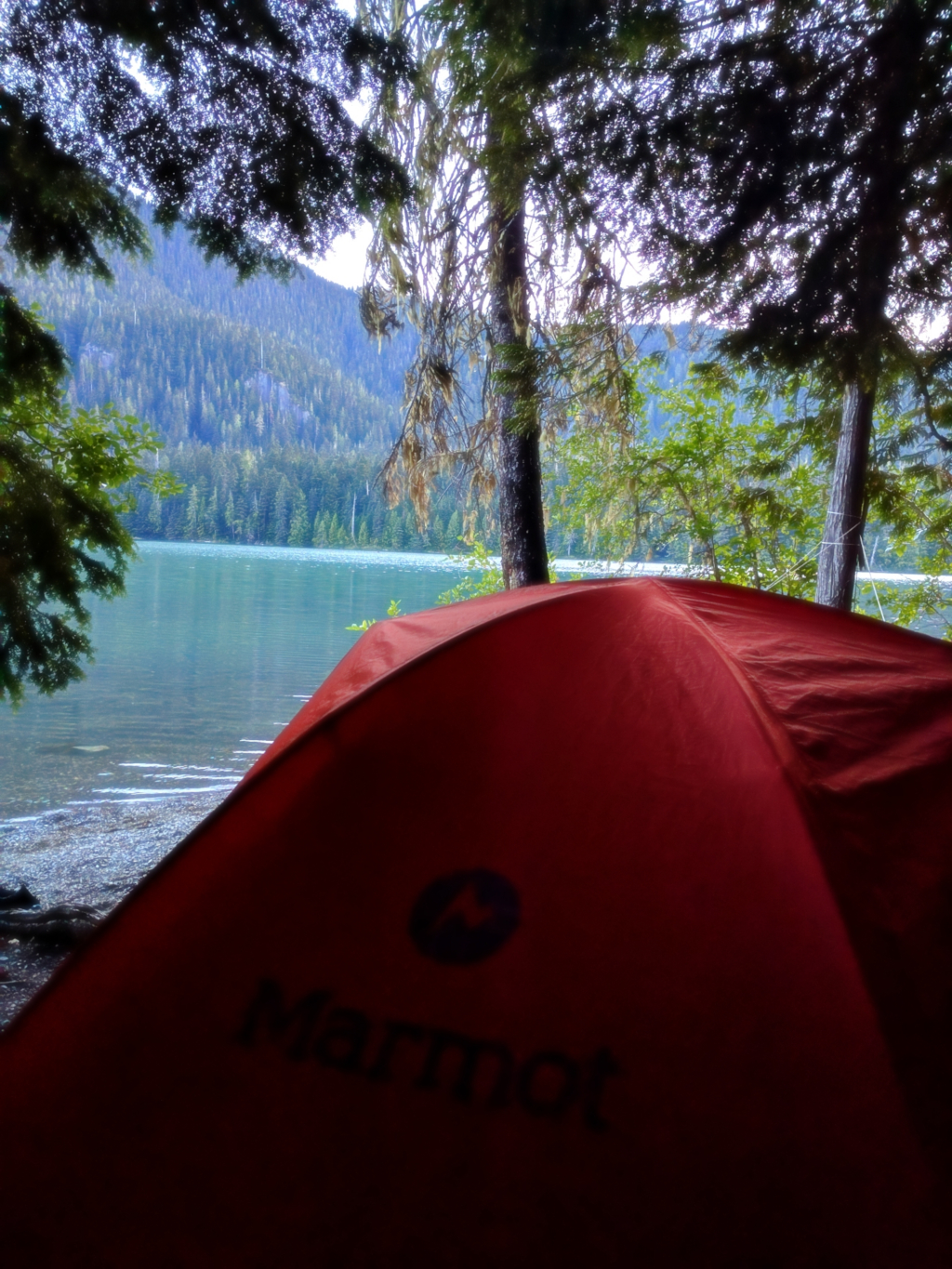 We found the new campsite after an hour hiking back down the trail, which was nestled between the foot of the mountains and the lake. The site was a dream, just off the rugged path in a grove of pine trees beside the lake. Marvelous crystalline world. Shimmering. Then it was as if the goddess of wind herself welcomed us with her cool breath, which blew as we tried to set up camp- a strong swirling wind across the lake, threatening to send the tent aloft to the great wide sky. We threw our gear inside the tent to add weight and used extra cordage to tie it up to a tree. 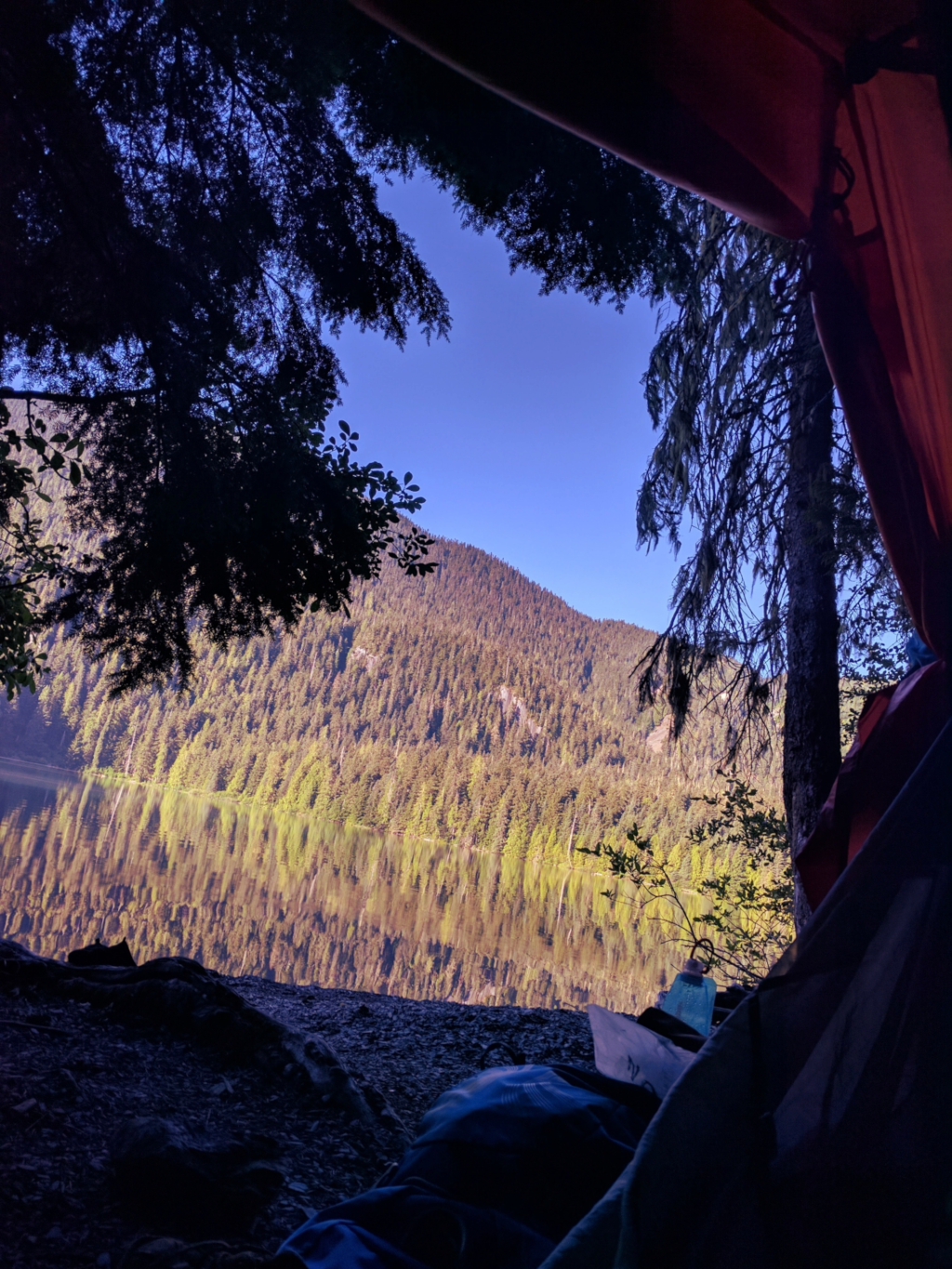 Then after the wind goddess had her fill, she rested once more. The world stood still in the afternoon warmth. No past and no future. Just the stillness of now. 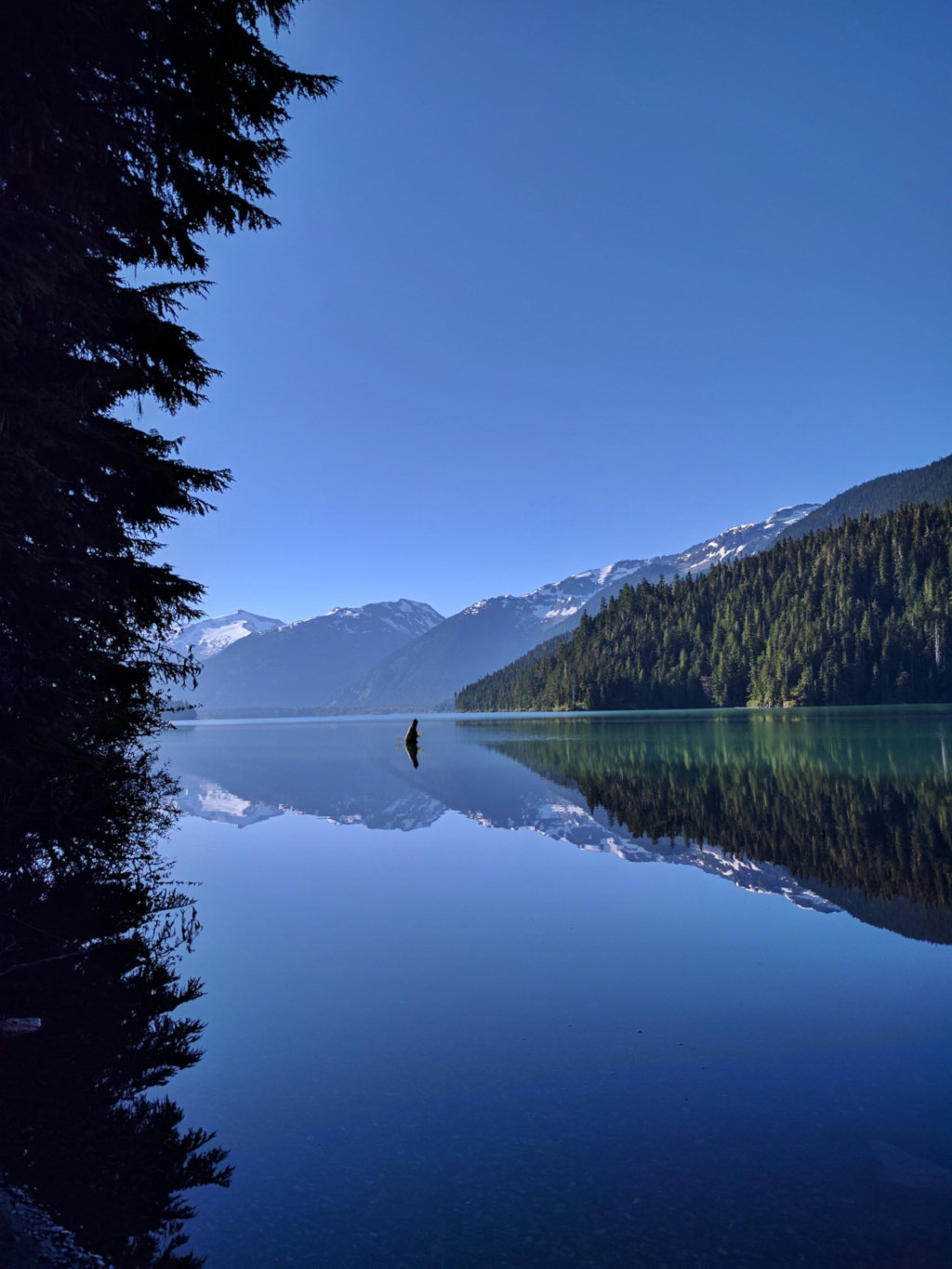 Running up and down the lake like wild children with fishing rods dangling from day packs,
stalking the wild shrubs, peering deeper into the bushy mysteries, astride a fallen log in the water, a swing of arm, and the fly gliding across the warm air and landing softly on the rippling surface. We caught no fish that day, but we didn’t give a damn, as we bounded through trails, laughing, and trying to penetrate the impenetrable shore.

A raven cried in the sun, and the sun raced across the sky. 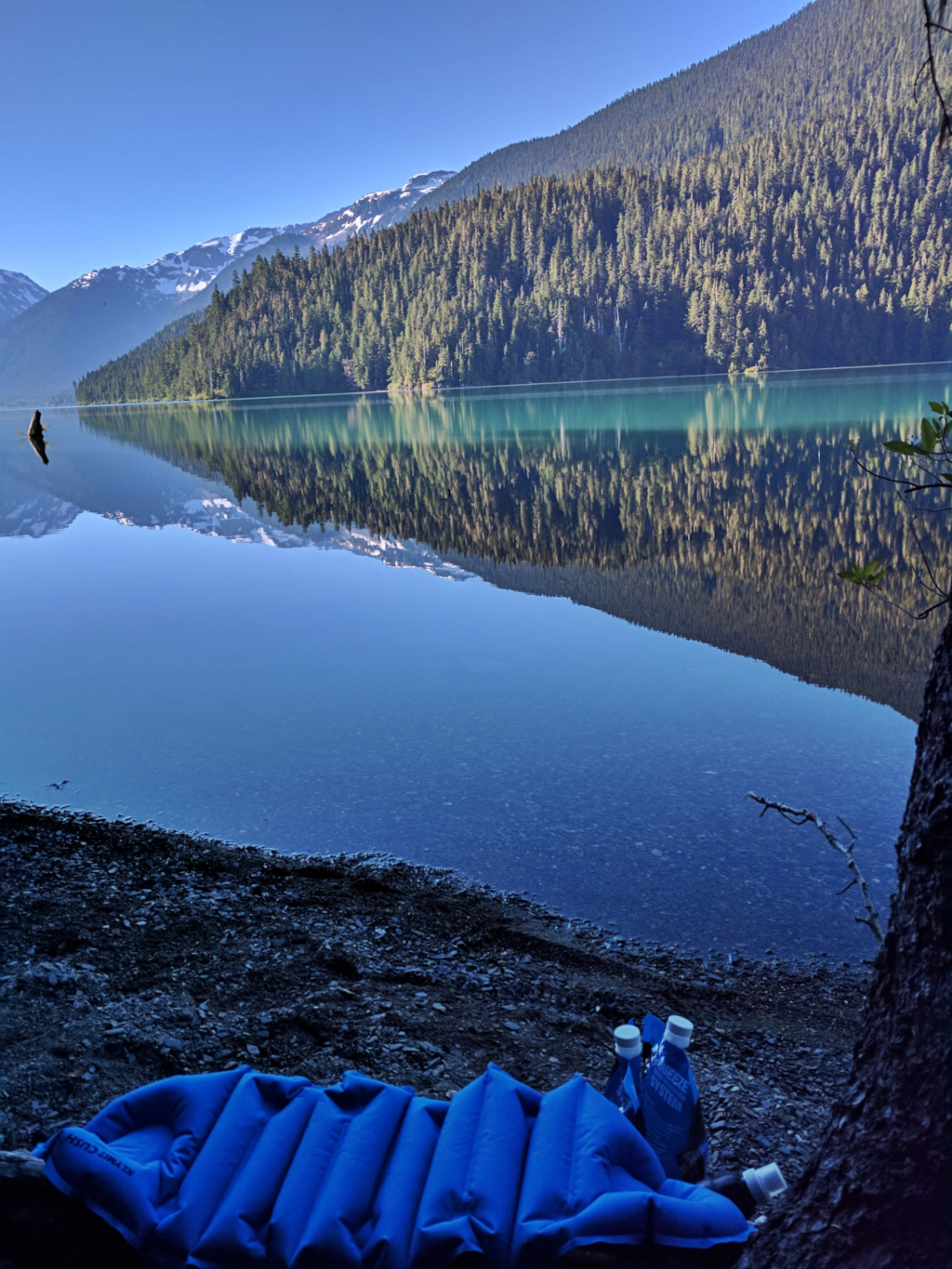 There were no facilities for storing food, but they had set up a hanging mechanism to lift your food out of reach. Presumably, if you made it this far into the back-country, then you likely came prepared with a bear-bag or two. It is immensely satisfying to be able to tie up your food in the hooks and hoist it up like a flag of survival. Defiance against the hungry forces of nature. It sends a message, look at us, look at how clever we are! You will never get our food! 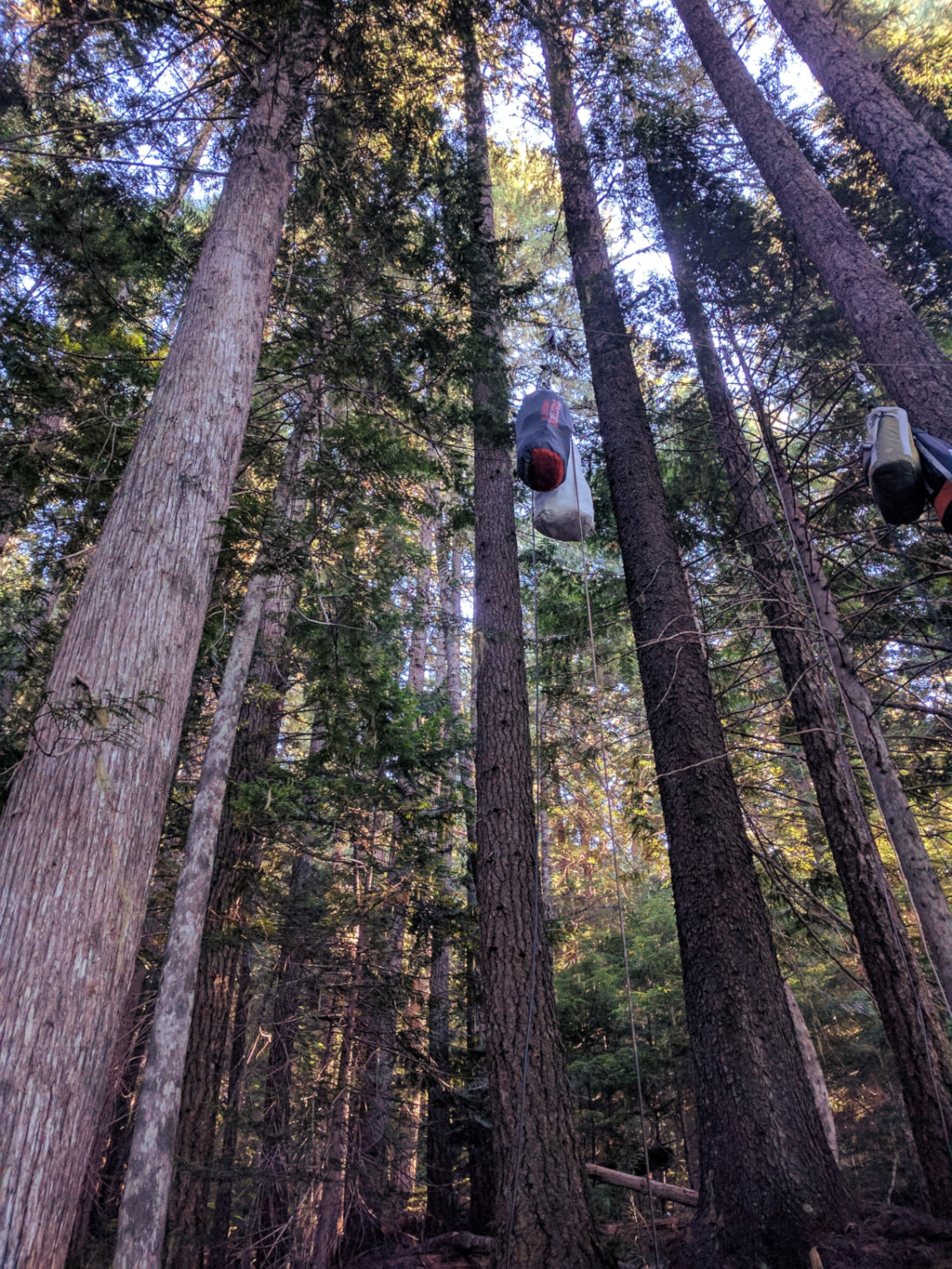 The soft chirping of birds in the stillness. Then the sound of oars splashing in the water as a canoe with two rowers glided by. Then silence again.

We ate dinner perched on a rock beside the lake, where we set up the gas stove and cooked our instant meal along with tortillas, crackers, and whiskey. The sound of our neighbor’s murmurs carried across the water. Children's laughter through the leaves, and we knew everything was alright in the universe.

There were a few other campsites along the shore, but the land was rugged and nearly impenetrable with vegetation and forest, so that each group had its own private piece of paradise. 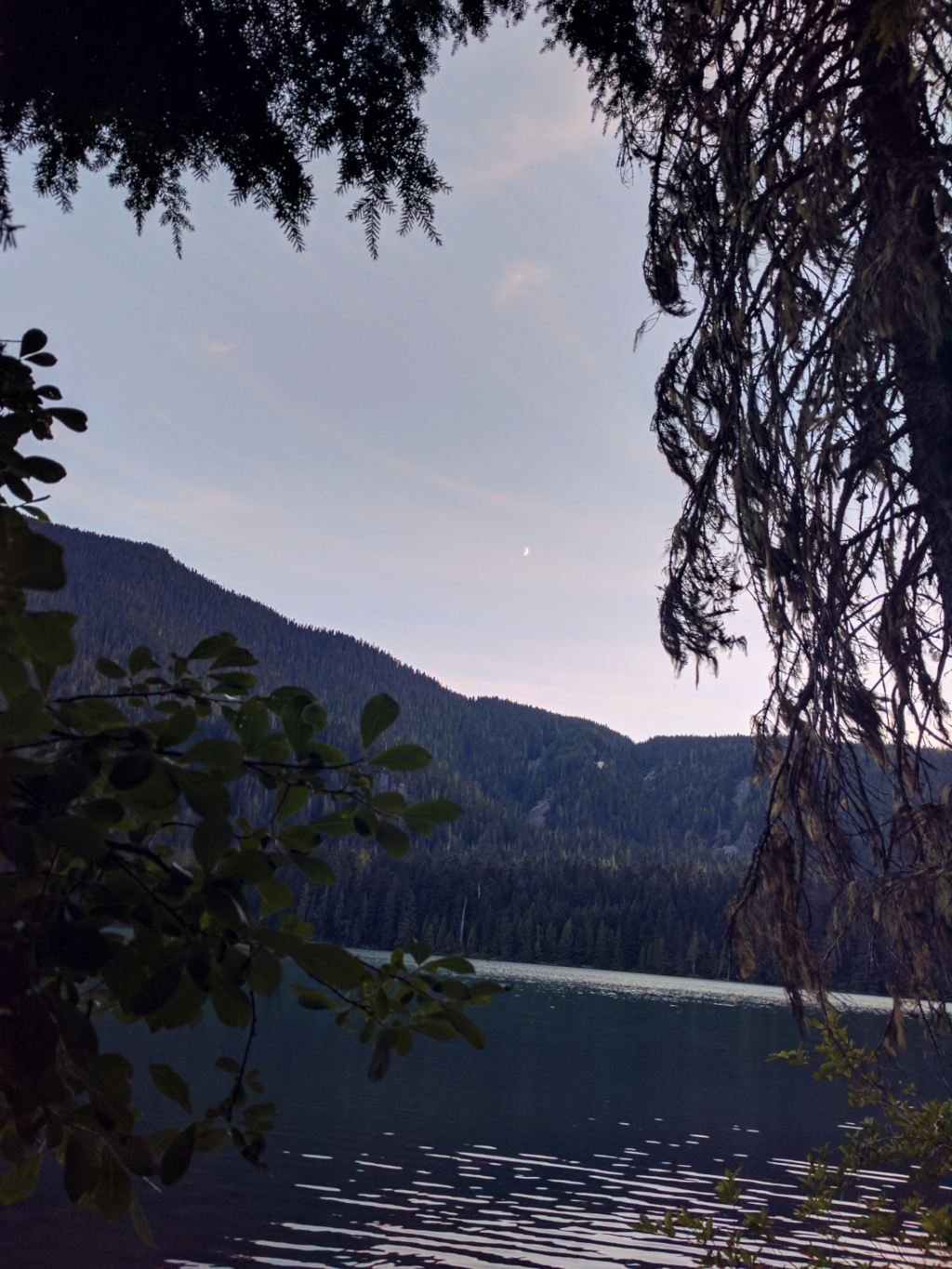 In the evening, our neighbour began to play his guitar and sang American folk songs along with his female companion and kids. Images of flannel-colored LP covers from the 60s and 70s began to float through my head. Above the mountains, the moon rose in the twilight. The man sang a few more songs that evening, and then his guitar fell silent.

We were there only for one night. It was a transitory space. In the morning, we’d be climbing up the mountain towards the alpine realm overlooking Black Tusk, the extinct volcano. 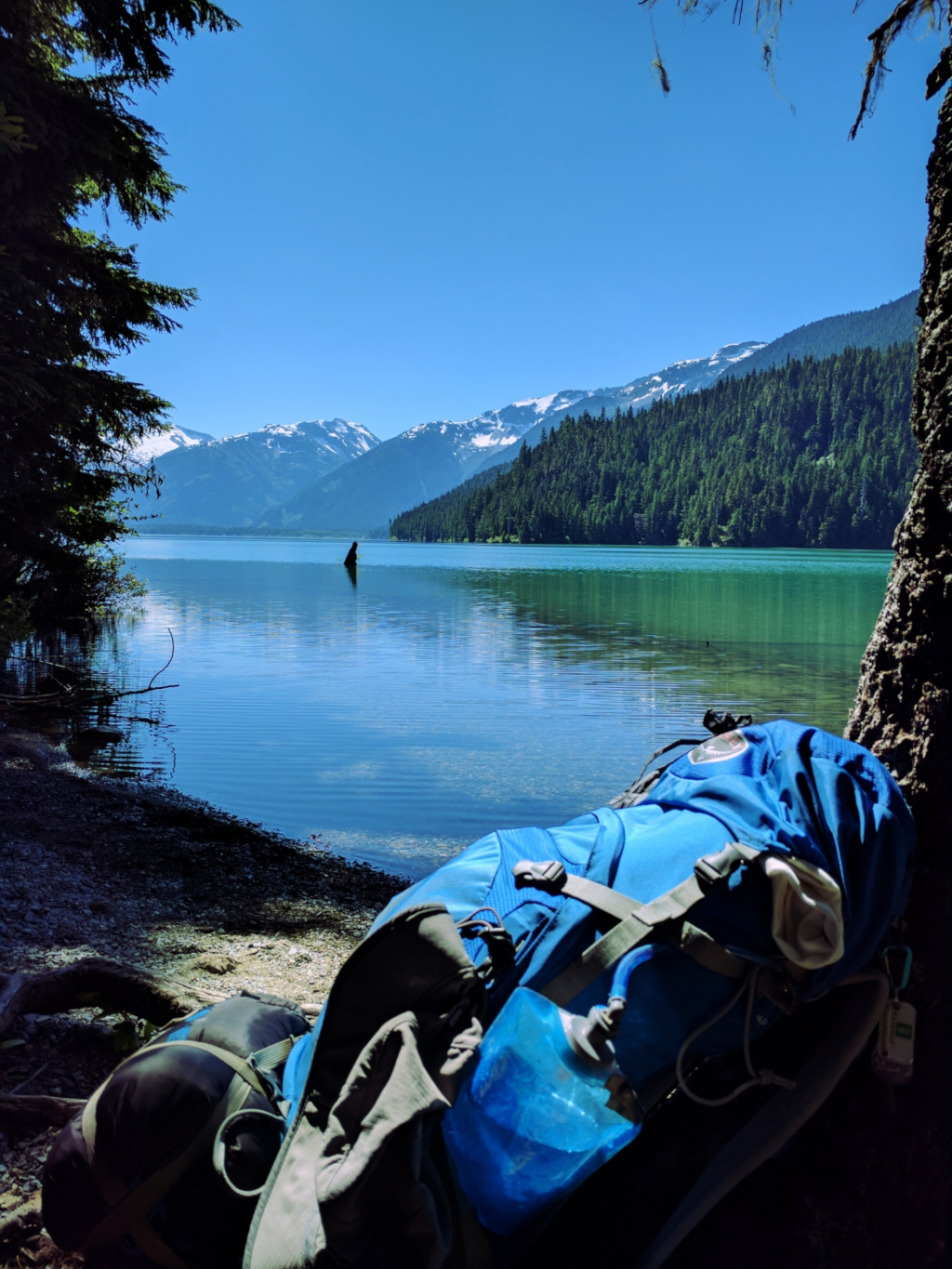 we knew everything was alright in the universe.

Being out in the wild places of this world reminds me of that lovely sentiment. Your magnificent post put all those feels into a glorious batch of wordsmithing. I really enjoyed that @litguru. Also, I need to break out my hammock and head into the wilds lol. Thanks for sharing😊

Fantastic! Happy you enjoyed reading this post @generikat. Nature is great for lifting the spirit! This Summer is going to be wild as more people seek the outdoors after being cooked up all Winter.

I'm a little too old for backpacking now, but I thoroughly enjoyed your description of your adventure. The photos are breathtaking!

Thank you @scribblingramma. Thankfully, the province where I live (BC) has many options for accessing nature. There are some breath-taking vistas out there!