The history of music artists: The case of the group The Temptations! 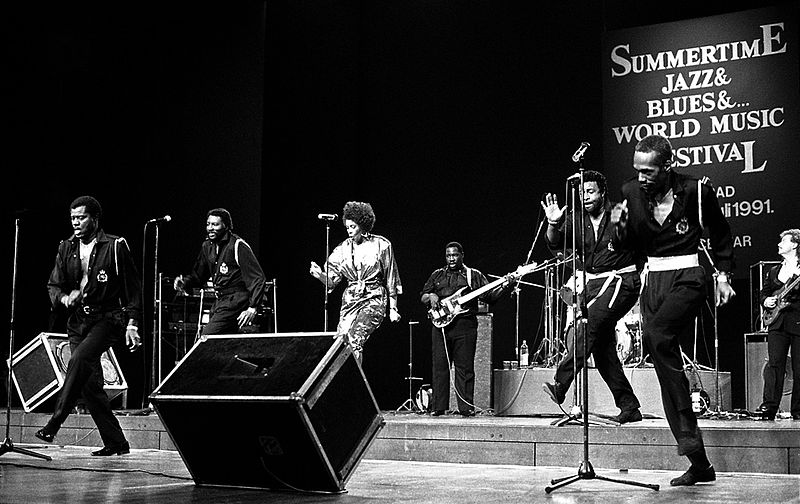 There is not a study which is complete in all the manners that we find in human nature and in nature. But we should make the choices as are there. And we should not accept every contribution, but we should reflect what it is due to its quality, and there should be big insights with something new to know that we did not know from before!

The Temptations are the temptations in nature, and as we are filled with pleasure and sins with being in the nature. And the Lord is everywhere, and we can decide to believe in God and in Jesus Christ, in Islam, or in other religion or philosophy with the beliefs that follow from the statements, the books and the journals.

We should always be the best person in life, in all the academic competitions that is possible to create and to evaluate. And reliability and validity are always strong factors in the scientific evaluation of any contribution that we can find. And the same realization is used within music.

We find the music group The Temptations within the ordinary and most used music platforms, as for instance YouTube, YouTube Music, Deezer and Spotify. And everything you do must be evaluated by someone, and the expression «to some degree» is not precisely, and we should instead use ourselves to make and take something new in the scientific environments. And it shall not be the den of lions, but it should instead by an environment filled with pleasure and understanding, and trying to use your own human nature as long as it can be used as a living creature. We should not accept any contribution coming from any angle and any literature, but we should try to carefully understand things and persons, and think that most dissertations everywhere are written to survive, and not to get recognition at every channel that is possible in the world.

We should always be winners, and that is possible both in the schools and in the organizations. And this is about having the right international and national perspective of how to understand and why. And having competence is better than to be blank, and this realization is true at any level in societies. And you cannot move in new ways unless you know the established literature. Innovation forces that we know what we are doing, and how we can explain something even better, and gettiing the right philosophy and market philosophy about what is happening.

The group “The Temptations” is a wellkown vocal group from the United States, and they are playing within the genres rhythm, blues, doo-wop, funk, disco and soul. The group was founded in 1961, and has now just existed in nearly fifty years, and with different crew. The origin was in Detroit in Michigan in the United States in 1960. The most famous songs from them are: “My Girl”, “Ain’t Too Proud to Beg” and “Papa Was a Rolling Stone”. And they have also given different music albums to the markets, and they are: “Cloud Nine”, “Masterpiece” and “Psychedelic Shack”. When we are going to the markets, we should think and be dwelling with thoughts ourselves, and we do not need any influences in life, since we know must about the life ourselves.

Their music band «The Temptations» has earned three Grammy Awards. The Temptations were the first Motown recording act to win a Grammy Award – for "Cloud Nine" in 1969 – and in 2013 received the Grammy Lifetime Achievement Award. Hence, this group is known for what they have ever done, and what they still make of music.

Latest article, check out :
What is really the time duration and the time as we perceive it from time to time?

Congratulations @digi-me! You have completed the following achievement on the Hive blockchain and have been rewarded with new badge(s) :