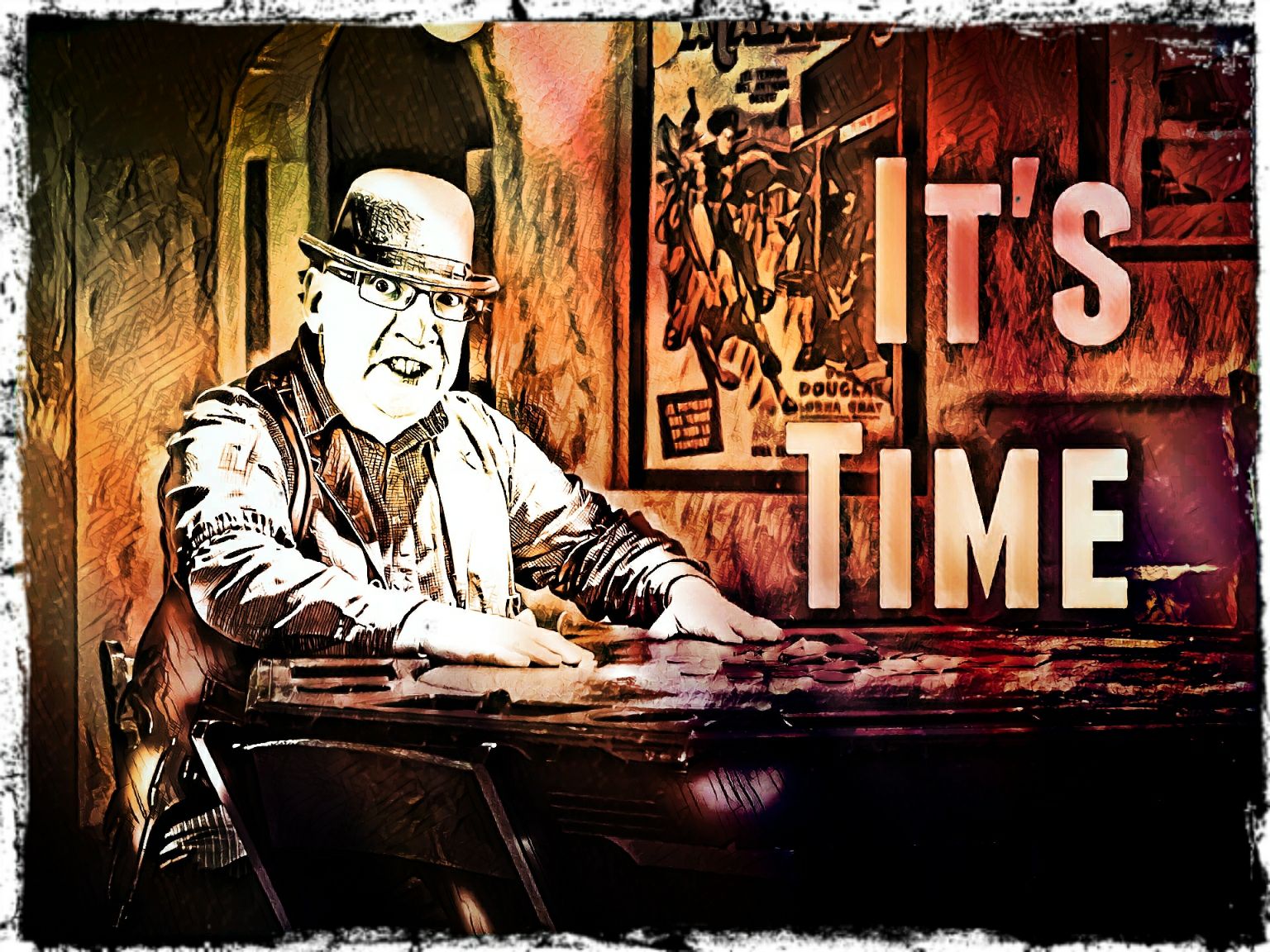 Hey, little guy. Where did you get all that chocolate from?

I remarked good-naturedly to the Little-Boom as I entered the lounge.

He had chocolate on his face and in his hair. In fact, the more I looked around the more dibs and dabs of melted chocolate I could see pasted on the carpet, the table and the TV cabinet.

Something seemed out of kilter though. Not quite right. What was it?

Daddy, it's not docolate. It's stinky!?

The Little-Boom started to wail piteously and that was when it hit me.

The stench of shit.

It was everywhere, making the very air itself thick and beefy with its stink.

The Good-Lady came bustling in, her face slowly dropping as if scrolling down Steemit's trending page.

She squeaked as if her nearly three-year-old son had smeared shit all over the house.

The little guy, he has gone full dirty protest?!

I held a hand to my mouth in an effort to stop the tsunami of disgust-spew that was threatening to come fleeing out of my mouth.

Yelled the Little-Boom just in case we were in any doubt that it was shit that was smeared about over everything.

I gagged and held my hands out for him. He was caked in it too.

I picked him up and held him out at arms-length then wheeked him off to the shower where the Good Lady helped hose the little bastard down.

Once he was taken care of we set to cleaning the lounge of all of the shit. It was an awful task, the shit was doing its best to resemble half-chewed toffee by sticking to things and being obstinately smeary.

I looked up from my basin of chocolate water at one point and looked at the Good Lady.

The Good Lady lifted her toffee-cloth from the floor and looked as if she might have taken a step back in shock if that step hadn't put her in immediate danger of standing on shit.

Yep, you heard. It's time. Time for the Little Boom to start toilet training.

I set my mouth in a grim line more suited to dire situations such as announcing I would no longer get the bus anywhere because of the stinky bumginas that inhabit said vehicles.

The Good Lady rose up on her haunches and met my eye.

She declared as if she weren't crouched over in a puddle of filth.

How can it not be time? He needs to start shitting in the shitter. That's where people shit. I can't take this anymore?

I waved at the chocolate factory around me.

Daddy-Bear, you know my feelings on this. When it is time he will give us some signs.

Her face was deadly serious.

I leapt to my feet.

Give us some signs?! He just fucking gave us a sign. He wrote it in shit all over the room!?

I flailed my arms around as if I were on the deck of an 18th-century schooner in a typhoon.

Daddy-Bear, calm down. He will let us know when he is ready.

My face was becoming womb-like in it's purple-osity.

It is not time. When it is time we will know.

She appeared serene as if somehow the actor of cleaning up another man's effluent made her strangely happy.

But I want you to know, next time I feel like shitting the bed, I am just gonna let go.

I stamped out of the room, stopping at the door to the kitchen only to yodel back over my shoulder.

I will, you hear! I am gonna shit the bed! Two can play at this game sister!!

Had Little Boom said "Daddy, I made a BOOM!!" Then, it would be time to get him an account on Hive.

At nearly three years old ... if that wasn't a sign (Little Boom knowing that it was stinky and nasty) ... I don't know what is. Get that prince on his rightful throne!!!

The Throne will be his!! I demand it, he demands it... I think we all demand it!!

Except for the Good Lady and her damn signs! lol

Perhaps a couple of t-shirts for the Good Lady? Or perhaps if you wore a different shirt daily, she might decide that - "this is the sign I've been looking for" 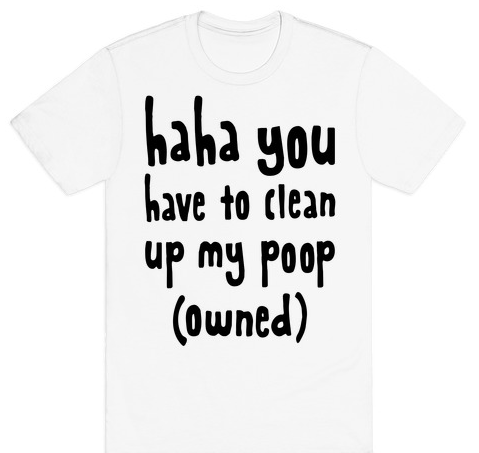 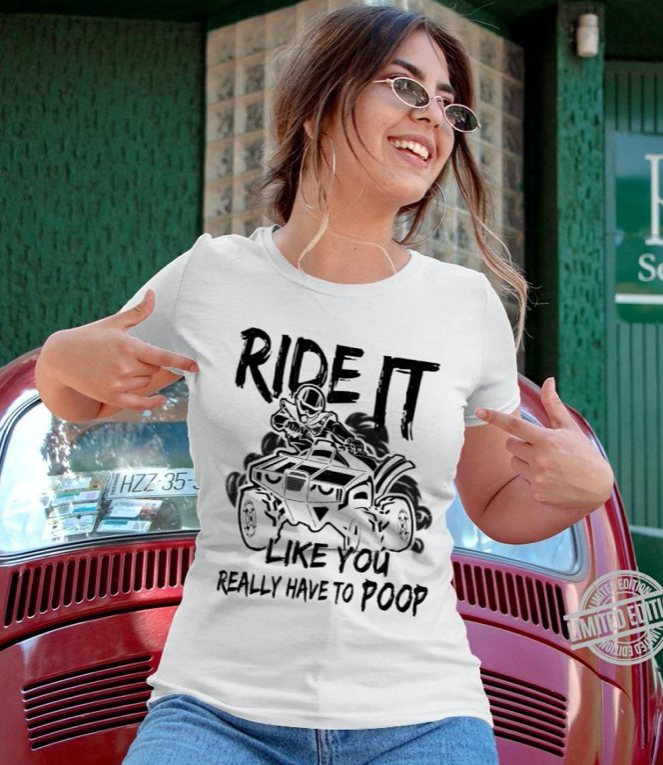 I think the second is a clear winner!! That will be the one she will have to wear. I presume it makes the owner magically appear like in the photo?

Photoshop/Gimp is a fun little tool. ;-)

Haha, yes indeed it is! I used to love a bit of Photoshop!

The stench of shit is a code red and perfectly describes Steemy Trending.

Can you be provided with a clearer sign? Surely the good lady will smell sense!

I was flabbergasted that she couldn't see the signs we were cleaning up. I got some on my hands man!! Arrrrrgh! :OD

He needs to start shitting in the shitter. That's where people shit.

I didn't even know you had a cherub! I wish mine were that old. I am sure it will come quick enough and I will blet about the good old days but sometimes the good old days don't seem so good when you are living them!

Now this is a 'shit' story that actually made me laugh out loud. 😅 It played like a movie in my mind, the horror. The sticky yucky, everywhere, a parents nightmare!

If there ever was a signal then this is a huge one! All that was missing was a sign that had 'sign' written in flashy neon.

Shitting the bed might help, or not, if you are made to clean it yourself... Good luck to you, may the potty training start soon!

Yeah, I don;t think I would get away with letting someone else clean up the bed after that fact. Yikes. My master plan i unravelling fast. Iwill have to start a charm offensive on the Good Lady to get my way and get that lad on the potty!

A charm offensive, impossible to fail! 😎👌

Hahahahah, yes, that is exactly how I would put it :OD

I agree, he is sitting on that damned thing soon!!

It’s time to take my engagement to next level

Oh, those happy days of dealing with shit from the kids. At least it's just for a relatively short period in their lives. Happily mine have been pretty good since they got past that stage. Now we just have an incontinent cat to deal with :(

Thats as bad if not worse! One of my cats has terrible hairball troubles and we keep finding their hacked up phlegm creatures all about. One day I dread stepping in one but have miraculously missed that so far!

Treading in cat wee in the morning in your bare feet is not much fun.

Yuurgh. I can imagine. One of my old cats was notorious for peeing on furniture, so I have had much experience of flumping down on a Sofa and thinking, that's odd, why is my bum feeling damp That was not pleasant!

@mildredcat is getting on a bit. At least she tends to pee in the same places, so we know where to look.

If you can say one thing about them it is that they are definitely creatures of habit. Ina good and bad way!

Hahahahhahahah hilarious. I can imagine the smell in that room oh my. The adventures of parenthood. I remember my grandmother telling me about my sister doing something similar when she was a baby. I was an angel😇👀😂

Oh yes, that's angel material!! I guess we have all done it. Fortunately the memory dims :0D

Hahah yes! Well that is one way to create a memory which will forever last lol. When the kid grows up you can tell him all about it lol

I fully intend to tell them all about the various layers of misery they put us through. Haha, I will be the embarrassing old dad

I think they'll love it!!

Lol, if by love you mean hate then yes, I totally agree!! ;O)

😂They would hate it if you would have photo proof of the "chocolate moment". But fortunately that is just in your memory. 🍫😂

Oh man, that would be the ind of picture that would burn the eyes!!! It's sad to say but next time I will probably have to take a pic!

Hello dear friend @meesterboom good morning
Thank you very much for bringing me fond memories, enjoy it, when the children grow up and become great, the shit they do is worse than those.

Your wife has a good nose for the situation, she will know when it is time or the best time to change your habit.

have a great day

Haha! I am not quite so sure that they are fond memories but I can imagine the older they get the worse things that they do!!

I will leave it all to the Good Lady, I can'tgo wrong that way ;O)

What a "shit-show" and what a better year to have to deal with it than 2020! Lol. I don't envy you guys over the coming weeks. Hopefully the little guy is a quick learner.

I am hoping he will be a weekender like his older sister. Some of the horror stories I have heard from others don't bear thinking about!

That would be awesome. I've always heard girls master it more quickly but I'm sure there are exceptions. Best of luck to you!

If the Little Boom can articulate "It's stinky," it's time! The longer you wait, the harder it becomes (take it from somebody that knows... I had a girlfriend with a 5 year-old who thought "it isn't time yet"). My philosophy with my own kids is, if they can walk, they can shit in the commode. Sounds like the good lady has just volunteered for PLO (Permanent Latrine Orderly), or as we indelicately put it here, Shit Patrol!

I agree, I think I am slowly winning her round. I think she doesnt want to let go of her little baby!

I could sympathise but not when it comes to shit!

There was the fecal graffiti issue in the men's room at the library, and there was the time some friends with a blended family of two toddlers smeared shit all over everything in their bedroom because they were "painting..."

I don't think I want kids.

Urgh, that is not any kind of painting I would want to be a part of.

You might be right in the wanting kids category, there are definite downs to the ups!!

Ha ha ha ha, the good lady knows that you don't talk just to talk, so she will teach the little one to use the bathroom ha ha ha, OMG and the shit leaves a smell of residual action ha, ha, ha

HAha, this is true!

I want one of those things! That would solve a lot of problems :OD

Hey @meesterboom, here is a little bit of BEER from @steevc for you. Enjoy it!

I agree with you...... going to leave it there because I know moms can get very up in arms about this but I think at 2 years is already time. But like I say each to his own. Until then, good luck with the future cleaning haha

I agree, I think we are leaving it too late but the Good Lady is quite hippyish in many respects. I blame all the doula nonsense! hahaha