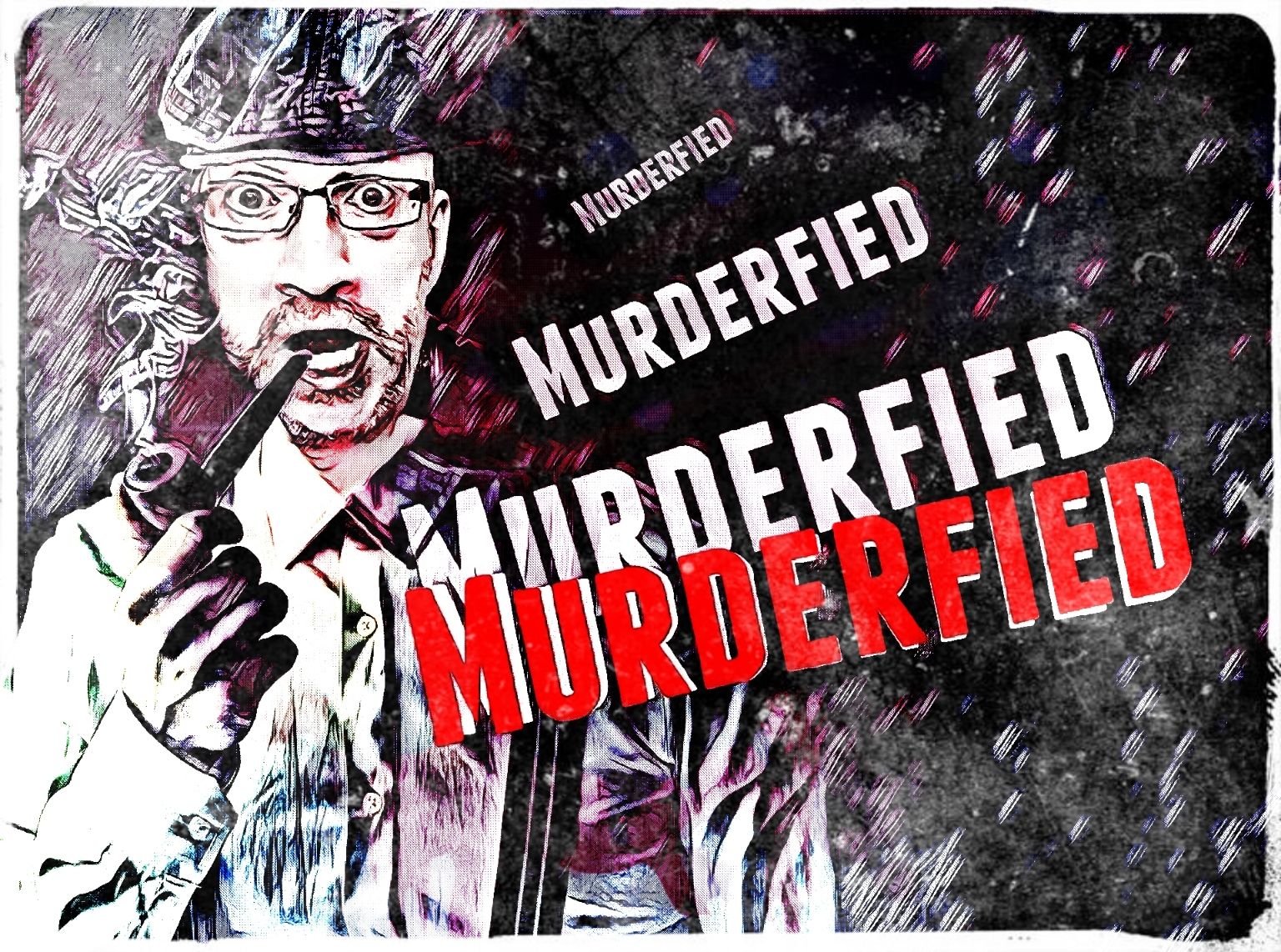 You free for a call, mate?

The message on my phone pinged up as I was basting a pork loin with the Good Lady.

Withdrawing, I rolled off her and grabbed my phone, holding it close to tap out a reply.

Yeah, give me a minute, mate.

Mere moments later I was in the hallway, phone to ear.

I snapped out with all the panache of a man who has interrupted a bout of hokey kokey for his old buddy. These were no ordinary times though. These were COVID times. When human contact was scarce and extraordinary measures had to be adopted to maintain friendships.

Even if it meant stuffing old swampy back in the cage, unsated.

Listen, mate. I hope you don't mind if I run an idea past you. It's a bit crazy and kinda technically illegal.

My mate Daz, father of too many children to be sane muttered quietly from my phone.

Illegal? Illegal?! Fuck, had he killed someone? Oh no, wait. He said he had an idea. So it hadn't happened yet. That was good. Wait, did he maybe want to kill someone? What if it was me? The fucker. I would fucking do him first, take that Daz you fucking murderous moo-hound.

I said tentatively as if I wasn't already engaged in a tentative dance of death with my would-be murderer.

I was wondering if you maybe fancied heading over my place on Saturday. The wife is on children-watching duty and I was kinda free and just got a massive beer delivery in...

So he didn't want to kill me?

Even better, he had beer? Massive beer?

Also, I got a shit-tonne of logs delivered so can build a massive fucking fire. I know, I know. There is a lockdown in place and we aren't meant to mix but I am so fucking bored, mate. Who would know?

He giggled slightly as if we were just two guys planning a slightly illicit beer drinking, log-burning meet up and not two guys engaged in a high-stakes battle of murderification where the only upside was taking someone down.

A gathering of households under lockdown... I think that is illegal. But lots of beer and logs to burn? I think you might be on to a winner there me old china. Count me in!

I yelped excitedly at the thought of fire-death-beers.

Lockdown had been so dull. Surely that might spice things up a bit.

I was probably taking things to far with all of the murder thoughts. I was just suffering from bit of COVID lockdown paranoia. Yes, surely that was it.

Oh aye, you know the trees down the bottom of my garden? I thought we could set the fire up down there. So we don't disturb the kids, you know?

Daz did his best to sound reasonable and not murderous.

I agreed and hung up the phone.

The trees at the bottom of his garden? Fucking paranoia my arse. Well, Daz had better be watching himself. If anyone was going to be getting murdered it wasn't going to be me.

At least not until I had had a good few beers down my neck.

Can I come? I'm pretty good at blending in... Of course, I'll need all the secret tree ninja help I can get!!! :0D

I'll try my best to not jump out and murder both of you, but I can't promise anything, and I know how to make it look like Covid did it.

Shit, it's going to be a murder party. What if someone jumps out straight after and murders you?? Where does it end!?!

Should we all just murder ourselves in advance? Save any hassle?

Hmmm. A difficult decision has arisen. I can't say I came prepared for this. In one hand is my life and in the other is yours. I'd probably need both to choke the other guy... so maybe he should go first?

Perhaps we should choke the other guy at the same time with a hand each and then drink all his beer and burn all his wood. This is gonna be awesome!!

I wouldn't murder anybody. Just convince you to keep putting on just one more mask to be safe until you've suffocated yourself. I'll wait until you are drunk and forgotten this.

Now that is clever, I am gonna have to try and figure out some way of deep mask breathing. And drinking at the same time. Beer obviously. Will that be like being weatherboarded waterboarded but beerboarded. Yeek! We need to make it look like the wood did it.

Cool, I dont think anyone has ever seen that movie - We might just get away with this!

The thing that came to my mind is the Little Rascals but all grown up drinking beer, they're all married and can only hang out once every five years out in the woods, woof woof.

You mean the movie Grown Ups?

That sounds about right, have you been watching me from the bushes!!!

I get it, man. Its been a long year. Talk about cabin fever setting in is in full affect.

Totally. We are just looking like we are coming out of lockdown slightly and there is talk of a third wave incoming!

I was basting a pork loin with the Good Lady.

I'm still thinking about that one. 😃

Outdoors.. no problem... its allowed.. or is here. You might freeze ur knackers off though even with all those logs. It's freezing north of the border!

I don't think I can keep up with the ever changing restrictions! I think it's two households or something to next week. It's a pain in the arse!

It's fine, you get a toasty front and a freezing back. A weird but pleasant experience. The fire beers that is. Not the pork loin bit :0D

a toasty front and a freezing back.

Just keep turning around. Reminds me of bonfires when I was a kid, before all the organisation bullshit came in and people got burnt alive every year. I keep forgetting to dish out the !WINE.

I have been trying to dish out the wine. But I also keep forgetting.

It is like that, you end up with a sunburned feeling face and stunning of smoke. Like being on a Spanish holiday, lol!!

Fire and beer, you'd be a fool not to get slaughtered!

We are mixing here a bit, all 15 of us in the Cala, but there ain't no covid for miles.

No covid for miles. That's excellent. My kids have gone back to school and nursery and already one of the years, I think it was P5 have been sent home because of a positive result and the whole class had to get tested. I'm fecking sick of covid shite!!!

So aye, I'm going for it! There's going to be a murder alright!! A beer murder!!

Who would have thought months ago that a big gathering with some beer will be a crazy idea to do in 2021, a thing to do in secrecy... If you get your beer at least it will be worth it

I did, it was grand. You are right it is ridiculous to have to hide this kind of thing

Hey @creativemary, here is a little bit of BEER from @meesterboom for you. Enjoy it!

Do you have ways to sneak over to Daz's place and ways to avoid law enforcement :D

and do you have much police brutality over there? x_x

Bottom of the garden hey, hmm, that sounds familiar. Oh that's it, maybe he's met some fae and he wants someone else there so he knows he's not crazy.

or maybe they were going to sacrifice him or something and he said there was someone much better and handsomer that would make a much better sacrifice instead :O

It does tend to be the place the fae congregate!! That will be it, he will have bargained my soul in exchange for his!!!

I will take some celery and hide it in my back pocket. The fae hate celery!

If there is any police brutality then there will be more murder!!! :0D

Downright illegal, that. Good thing you don't give a rat's ass about such things as the opinions of pompous assholes in black muumuus and bad wigs, right?

Exactly. Born a maverick and likely to die a maverick this Saturday. I don't need no fear of no law!

You remind me of a young me!

Did I miss it??? Are you murdered yet?

Beware if he want you to dig a pit...

Not murdered yet, tomorrow night is the murder night!

The only pits to be dug will be the pits in his eyes when I claw them out in my frantic battle for survival!

To an eye-gouging murdering!? Hot dang, thats my kind of lady!