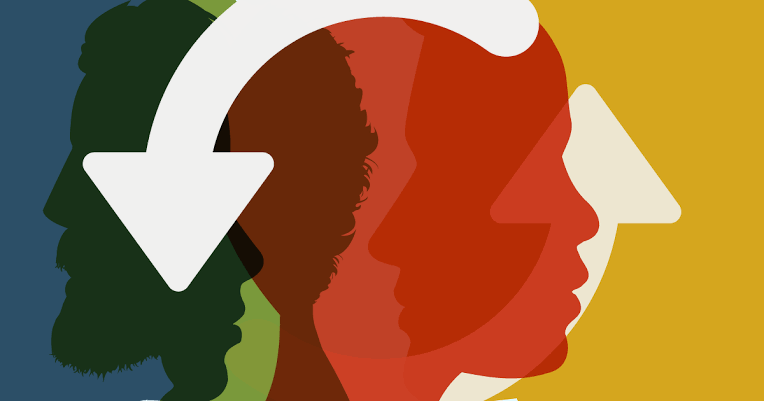 Sometimes, facing one's truth remodels and reshapes the person one will eventually end up becoming. See, everyone is a round characters, often influenced by the life's circumstances and it'll come to a later stage in life where one needs to embrace their true identity, their core self and this is where they'll stop changing characters, personalities and essence of their core self. There's always a crisis, a critical stage where one fails to carve an identity for themselves and one of the reason people fail to know who they can become is because they're enthralled by what other people are. Hence they fail to come to the acceptance of who they are.

Irrespective of how ugly our reality might seem, it's better than living in a beautiful unreality that's not us. But then no one wants to be who they are, especially if it's not pleasing or satisfying. Many people dwell in regret because they feel unwhole. Truth is, regret is like a stasis, a phase that should allow us come back better, but dwelling too deeply inside of it kills slowly but effectively. So a little period of regret and pain is healthy. We can't run away from pain, it's part of our existence and we all go through it differently in our peculiar way without of course a magic wand to evaporate it from our lives.

In the past few months I've basically evolved, this is because I've come to make peace with who I am; my frailties and my physical limitations. Physical limitations involves much more and While I've made decisions revolving around my health conditions I discovered it's been part of my reality that I've been failing to come in terms with not just because of my ignorance but because of my fears. Like it or not fear can make people chose to be ignorant of their reality and the only thing people don't realise is that weather you fear your reality or the state of your reality, it's who you are and choosing to be in denial of it is a no-brainer.

I can't keep a deep relationship with people, I'm always keeping them at arm's length because I feel having to explain to them the basis or reason for most of my actions will expose a quite deep core to who I am and they may be too unprepared to handle it. But then sometimes people slip into our lives through the backdoor. These backdoors can be through family, childhood friends, colleagues and acquaintances. While I've come to the acceptance with who I am I'm not yet sure people are ready to come to the acceptance with who I am and this is a dilemma that gives me the chill.

In essence, there's always an end game to most of the choices I make. I hardly retain people in my life even after forming the closest bond with them simply because there's a lot of question mark sorrounding who I feel they'll become, how it might eventually end up and the fear of being alone at the end is something that irks me. It irks everyone. However I know my true identity, I understand my limitations and my strength and i might have struggled to bounce around different identifies while I was younger. I'm done being a round character. Life has taught me the lesson. Sometimes I just say to myself, "Joseph you've done well".

The Creator/Consumer: What Are The Metrics, The Diversification And The Similarities?

The Circumstances Behind Unwarranted Expressiveness; Are We As Humans Under-expressive Or Overly Expressive?

The Unique Spending Habit Of An Average Or Low Income Nigerian Earner.... (The Money Way)

Why Is It Difficult To Start Again When Your Chances Of Success Becomes Too Slim? (3speak Version)

Congratulations @josediccus! You have completed the following achievement on the Hive blockchain and have been rewarded with new badge(s) :