Paul Kruger became president soon after the discovery of gold near what was to become Barberton, which prompted a fresh influx of uitlander diggers. In July 1886 an Australian prospector reported to the Transvaal government his discovery of an unprecedented gold reef between Pretoria and Heidelberg. The South African Republic's formal proclamation of this two months later prompted the Witwatersrand Gold Rush and the founding of Johannesburg, which within a few years was the largest city in southern Africa, populated almost entirely by uitlanders. The economic landscape of the region was transformed overnight—the South African Republic went from the verge of bankruptcy in 1886 to a fiscal output equal to the Cape Colony's the following year.

Paul Kruger, the namesake of the Silver Krugerrand Coin, was a significant military and political figure in South Africa. In their battle for independence from England, he was also viewed as a defender of the people.

Krugerrand coins were only available in the gold variety of the coin for the bulk of their existence. However, the South African Krugerrand marked its 50th anniversary in 2017 with the first-ever issue of a silver coin. This release was quite well received, causing it to become an annual release by the mint. 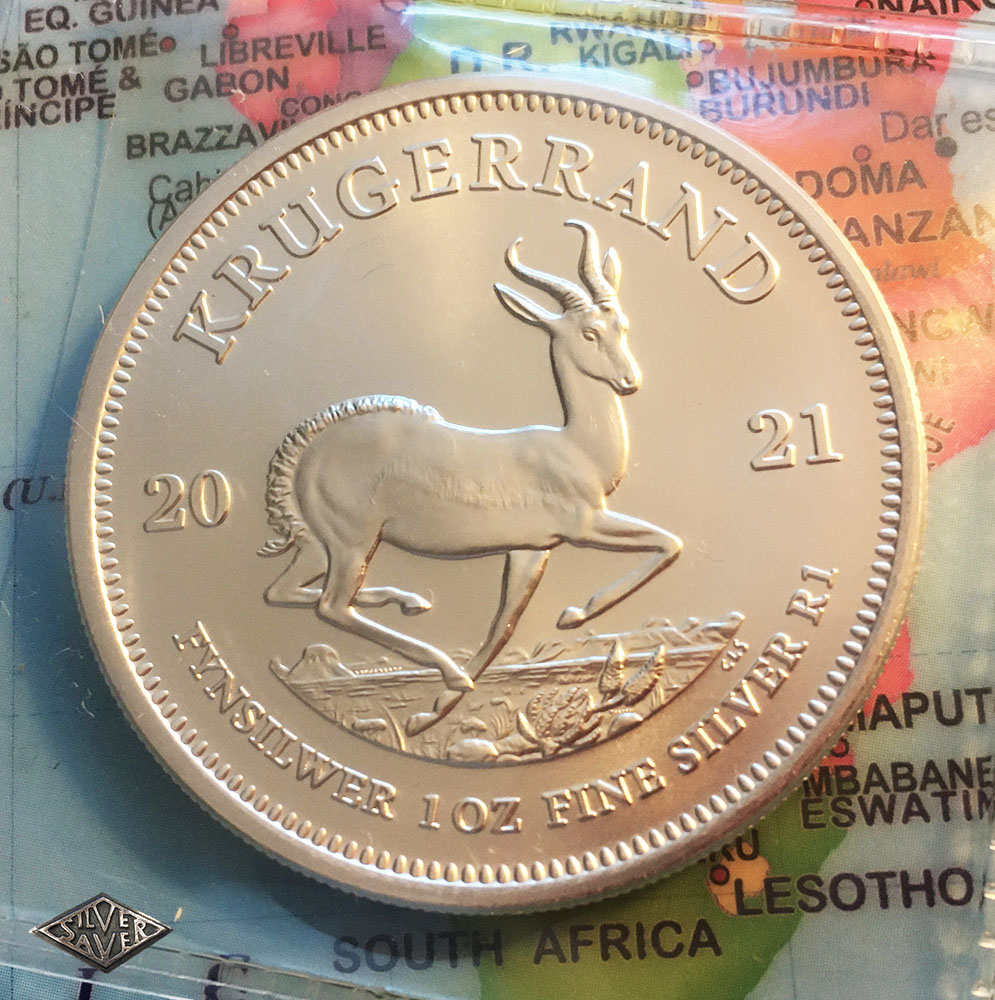 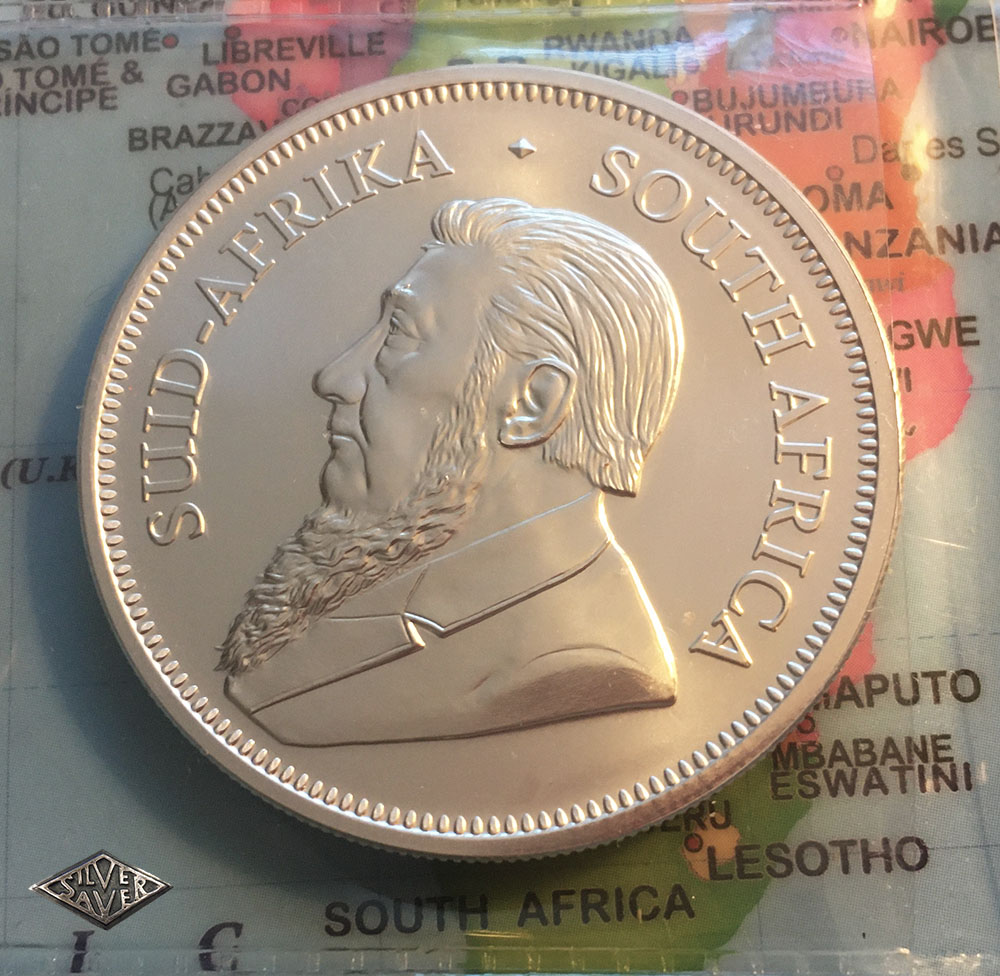 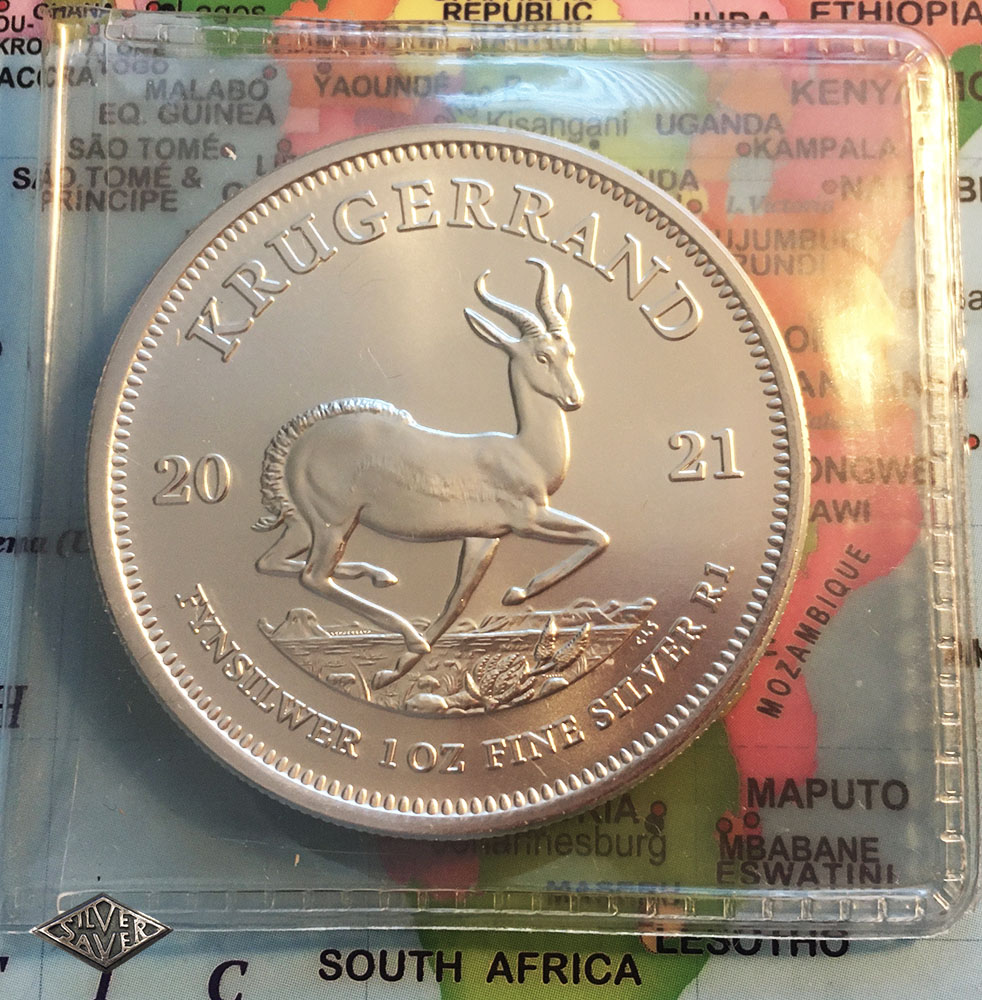 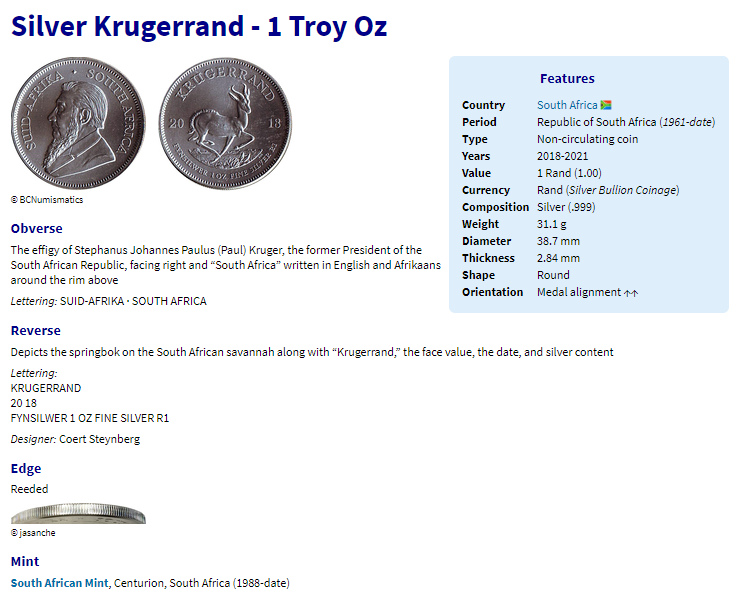 And here is my 2020 South African Silver Krugerrand!

Love it! I have the 50th anni version (that i overpaid for) ‘cause I love it so much. Gotta’ get all the years now 😜😜😜

The premiums are not high after the first release. In fact, I have a couple of the Krugerrand when the regular price of ASE is high. Well, these days, everything is high.
I love it.
https://hive.blog/steemsilvergold/@silversaver888/2017-silver-krugerrand/

Well since the rand is shitting the bed faster these days a good old kruggie looks better and better in my collection!

It’s amazing how these fly under the radar these days, they used to be quite popular here a few years ago and it feels like people have forgotten about them now that we do everything with cards and stuff

Hello @chekohler!
There seems to be a general shortage of products from all mints, but it seems to be easing up a bit.
Yes, a spring bok! Hehehe.

Have a good evening!
!ENGAGE 10

Sounds like a very interesting person. Both as a political figure and as a wealth generating figure. As always, thanks for the history.

A beauty for sure!! You know I love them, especially in silver!! All I have are those ostentatious gold ones. My dad liked them

They used to be in gold only... until 4 years ago!
Lovely coins, those gold!!!
They are not ostentatious. At least, I don't think so.

Have a wonderful evening, sweet @dswigle!!

Truth, I haven't bought any, it was my dad who gifted them to me. Thank you for showing it off. It really is a beauty!

It's amazing how these get passed to the next generation!

I know!! My dad gave some to me and some to my kids. I thought it was very cool!

Beautiful coin. The Krugerrand has long been on my want list for gold bullion! Maybe some day! Take care saver!

They are lovely in gold, @fat-elivs. We all wish for gold!!!

Thank you for the card, @stockjockey!
I'm getting frustrated, ARRRGH!!!! I keep losing.. and losing...
ARRRGH!!!

You are a WINNER With Me Ms. Saver @silversaver888
Keep POSITIVE Thoughts

Honey you can use me as a Punching Bag

The silver Krugerrand coin is very nicely done. I like the details of the antelope and the African plains under and behind it's feet. I don't have one of these (got the gold) so that may be added to my wish list. Thanks for sharing sis and have a wonderful night!

The gold is lovely!
Hehehe, the amazing how we see things the same!
You must be a sis!!!

The gold is very lovely! Hugs and kisses to you my sis, @silversaver888!😘🌸❤️🤗

I always did like the gold Krugerrand @silversaver888, And I'd love to pick one of these up in silver to add to the stack! Someone told me, maybe it was you, that the premiums are high on the silver Krugerrands...😍😍😀

No, the Krugerrand (silver) are reasonably priced... that was before, hehehe!'I don't know how much they are now! It must be better now that spot price has gone down... if there is no shortage😍😀

That's very good to know @silversaver888 I would like to add this one to the stack, I was just shying away because of the premiums my friend!😍😍😀

Beautiful I just started stacking so I don't have anything from South Africa yet.

Soon you have one!!!
One ounce or two at a time.
Slow and steady wins the race.@cryptictruth!

A significant number of the Gold mines are now owned by the Chinese I believe with ore grades not high enough for cost effective mining for most regulated companies. So production has largely reduced to a trickle compared to the mine's past. What product that is coming from them requires men to work very deep in the mines in extreme working conditions extracting low grade ore.

Just something I read. Always, with love 🤗🌺❤️

You don't say!
Hmmm... they're quite expensive!

hello dear friend @ silversaver888 good day
What a beauty, I love your collection, I appreciate very much that you will teach us
have a happy start to the week

Thank you @jlufer!
My collection is not really big compared to long-time stackers.

Have a great start to the week!