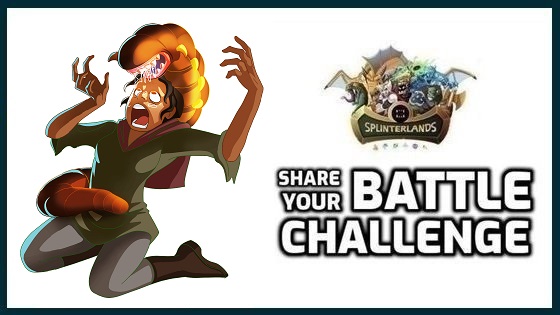 Something else this week in the Share Your Battle Challenge as an ability is highlighted in the Scavenger Theme. 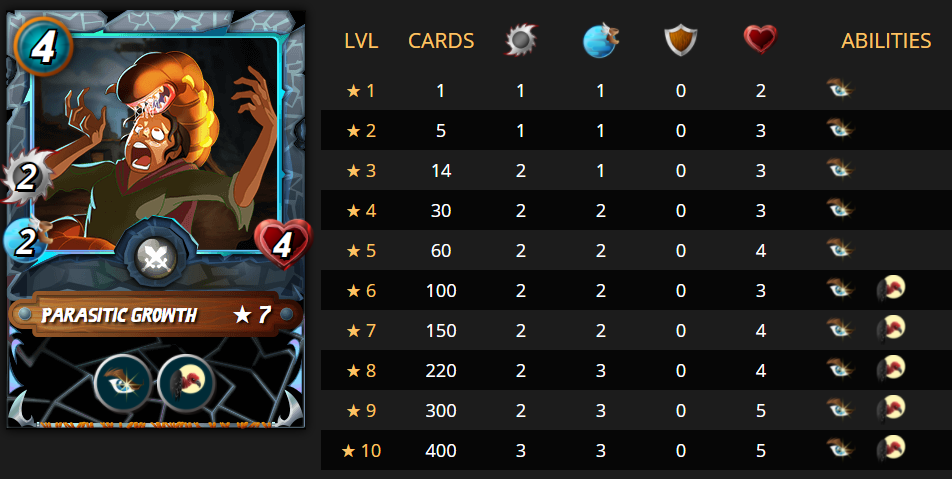 Scavenger is an interesting new dynamic that was introduced in the Untamed set which recently sold out. The idea is that every time a monster on the entire board dies, the monsters with the Scavenger ability gain +1 health. The Parasitic Growth in particular is a card I like to play it also has the Opportunity ability allowing it to attack from any position on the board. Add some health regeneration and it has the potential to get in the first-row spot with a lot of health for the 4 mana cost.

More than about the card, this post is also about how the social part and the community around the game which I still very much love. The match I played (and lost) was against a player who had cards I had never seen before in the game (It turned out to be Epic cards from the Dice Set). Seeing how this player (@sharkmonsters) with higher-level cards had No Guild yet, I went to look him up seeing he's also posting on hive.blog interacting with the community. Since we had a spot free in our Dec Hunters Guild, I invited him to join and he accepted. This combination of playing & blogging really works well for things like this. 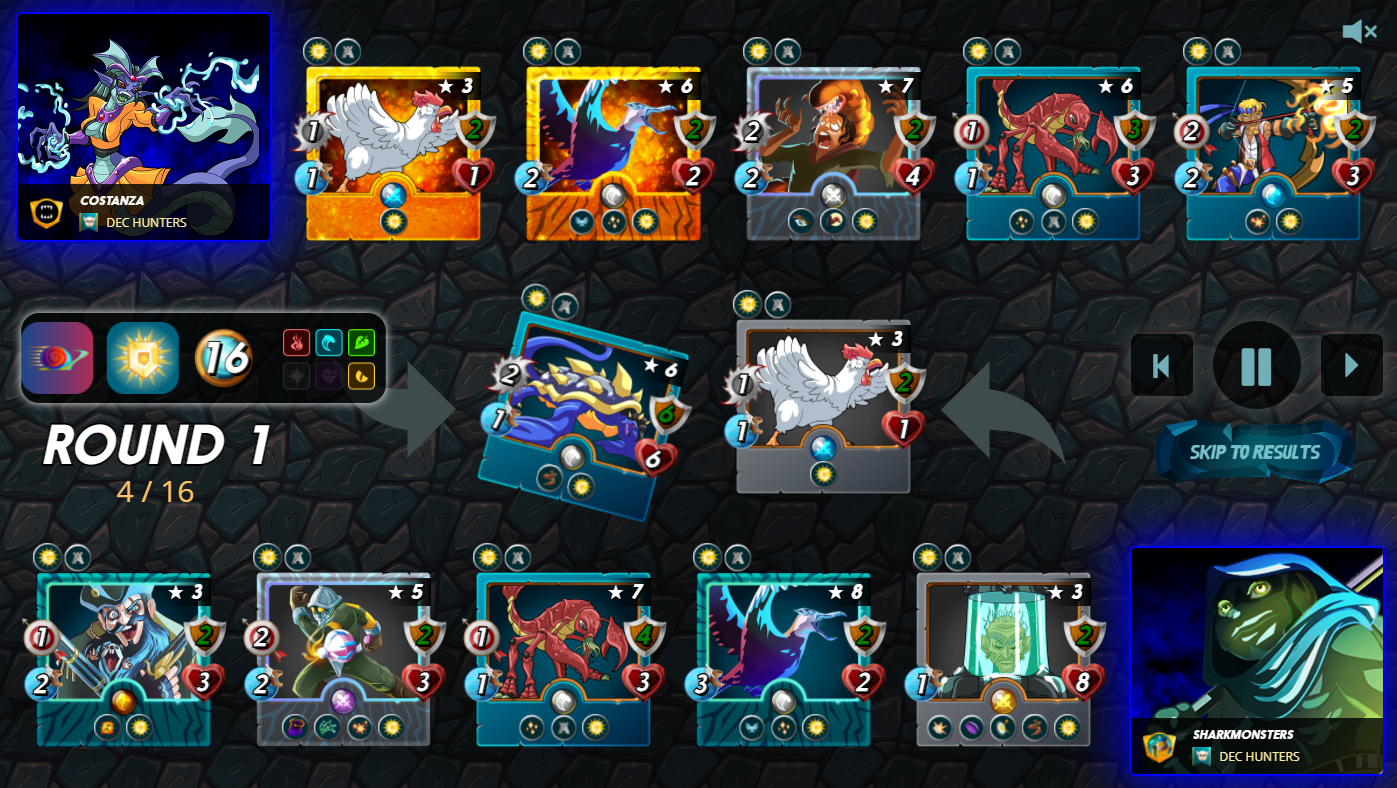 The Parasitic Growth has low speed with is a disadvantage in regular matches but an advantage in games where the speed rules are reversed. I played it in 4th position hoping it would survive to get in 1st place with high health. The Spineback Turtle is an ok tank in low mana battles followed by the Furious Chicken in an attempt to make full use of the Scavenger ability. The Albatros is another low mana monster with extra heal ability while the Crustacean King provides both heal and Armor. most attack damage came from my backline card in the Pirate Archer which has blast ability 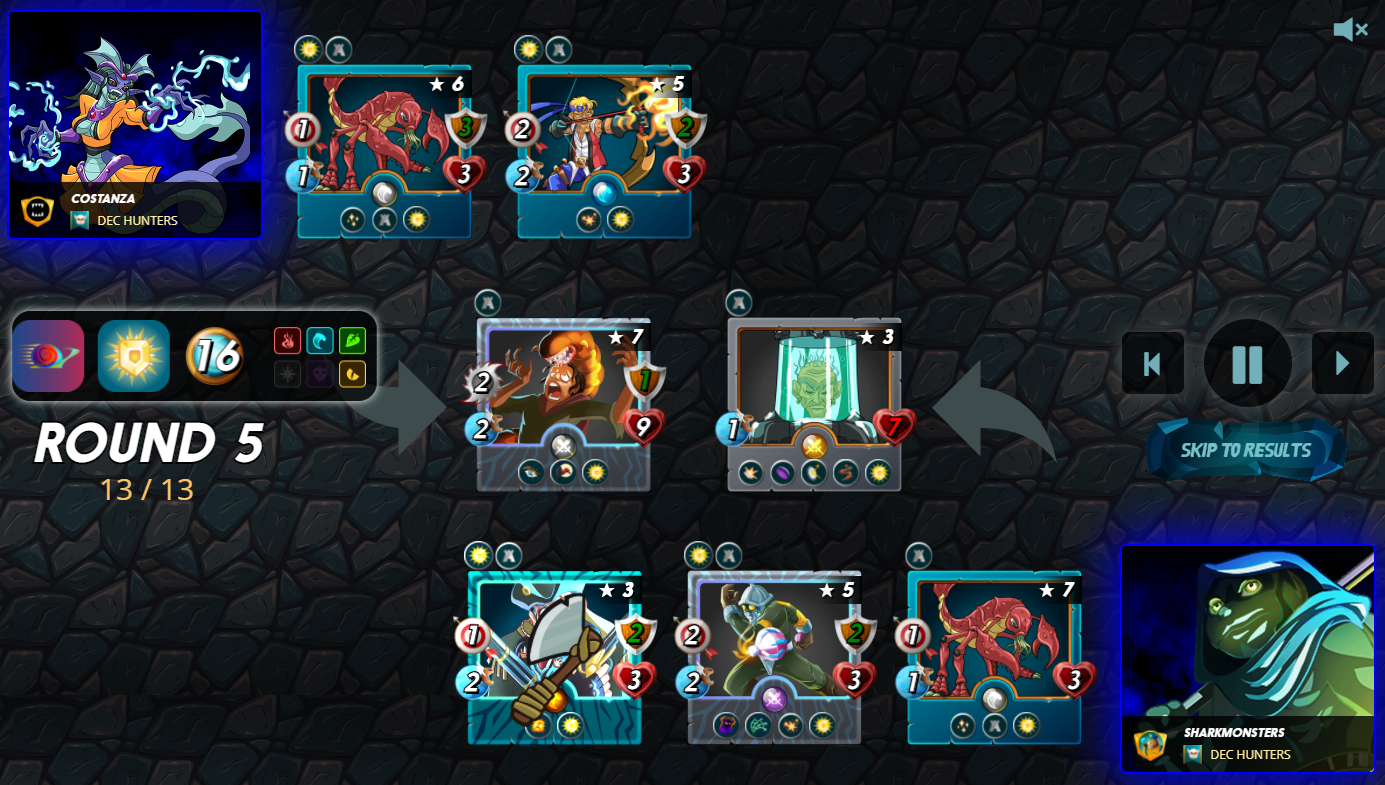 The plan to some extent worked as I managed to get the Parasitic growth in 1st position with 9 health and a healer behind it. Unfortunately, my overall damage was just not high enough in my line-up especially since facing a deck with all maxed out cards for the Gold League. My line-up also just didn't have an answer against the Lord Arianthus.

I'm excited to join the guild. Thanks for the invite! Some of those Dice cards are great. The packs seem like they can be a good investment, too.

Wow, you got the fancy level 7 Parasite. I like them too, combined with another scavenger in from the splinter, they can turn the game fate in melee based battles.

@costanza! I sent you a slice of $PIZZA on behalf of @mightyrocklee.

It's one of the few level 7 cards I have with only a couple summoners to play it at that level. Picked them up back when the price for single cards cost around 0.03$. That extra 1 health really does make a major difference for this card.