One of the most powerful common reward cards is being highlighted in the Share Your Battle Challenge this week. This is the Sand Worm

This is one of the cards that easily can be earned for free by completing daily quests as it is a common card which are widely represented in the rewards. If I'm right, a total of 400k of these single cards will be printed with 64% of them being given out already. A single card currently goes for 0.19$ and a max level card needs to have 400 single cards combined. Since this card was released, I managed to collect 150 of them. 100 are Leveled up to a 6-star card and 50 I keep on the side knowing they will be very useful to lease out to new players once it's fully printed. I also have 2 Golden Combined on my Alt account which is more focused on Golden edition cards. All combined this adds up to a current value of 36$ for this card that comes from the loot chest rewards.

The idea behind this card is that it fits into the design purpose of the Untamed set Since there needs to be an incentive for players to buy packs, they introduced game rules with a much higher Mana cap on average and a 99 Mana max. The Untamed set also in general had a lot of very high mana cards even raising the maximum of 10 Mana for a card to 12 Mana for a card along with Overpowered Summoners that cost 7 mana. I expect something very similar with the upcoming Chaos Legion set with some rules to be drastically changed and something brand new to be introduced so players that want to be competitive need to buy a lot of packs. In the end, the game is still a business in the first place and there is nothing wrong with that. 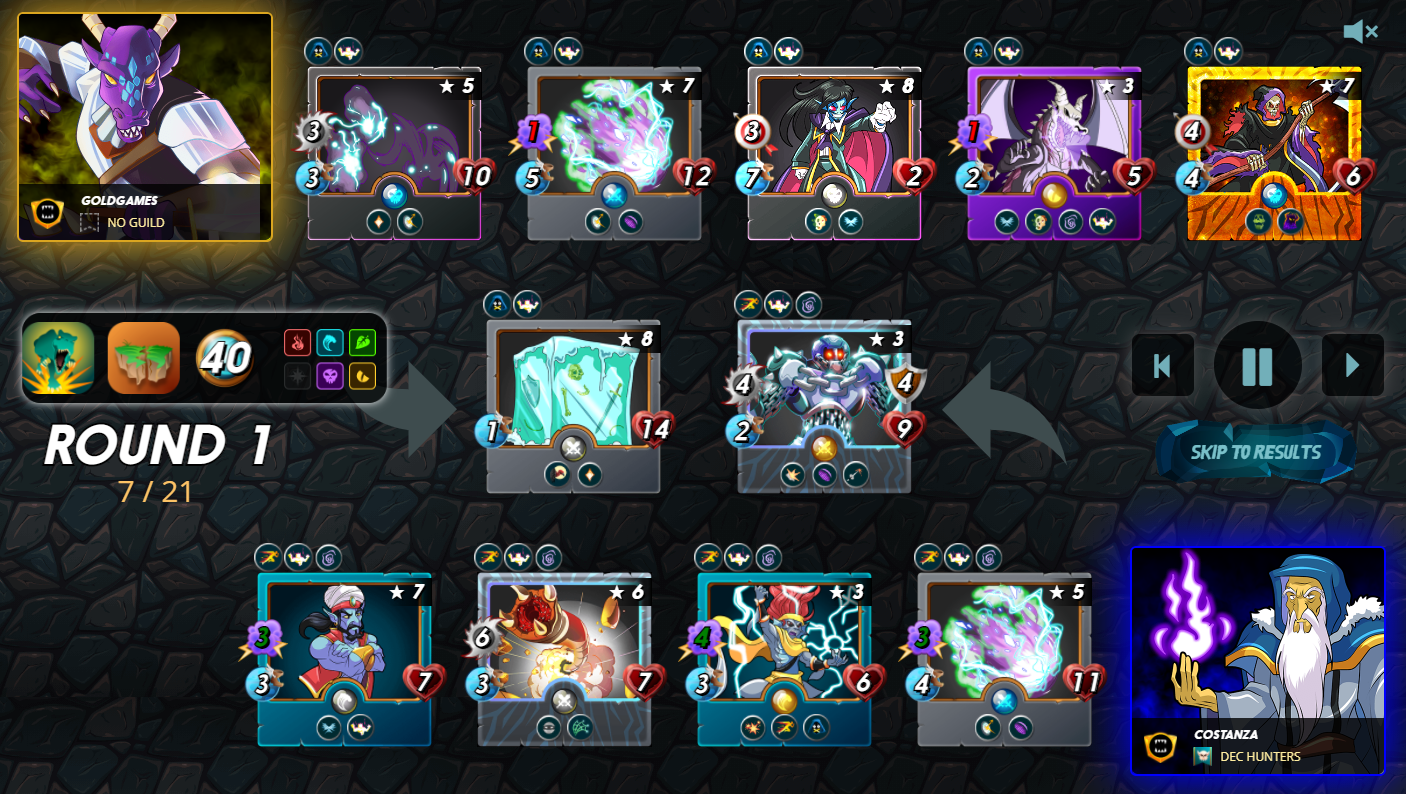 This is a card I play regularly so I only had to look back in my list of games played to find one where it was included to have a match for this challenge. If I recall it correctly, I was late on submitting my team and had to quickly select some cards to get it in on time while I was completing a daily quest with the water summoner. So this line-up is really random and I didn't even take the tome to include the Furious Chicken The Chain Golem is pretty much my default tank card in many decks, The Prismatic Enegry benefits from the +1 Magic attack while having a lot of health to take the 2 damage to absorb the 2 damage from the game rules. The <Ruler Of The Seas also is an auto include in pretty much all water decks and the Sand Worm fit in as a high mana card that has the ability to destroy the flying ability of opponents. In the end, I used the Sea Genie which gives everything 1 health while having the fly ability making use of the +1 extra Magic damage. 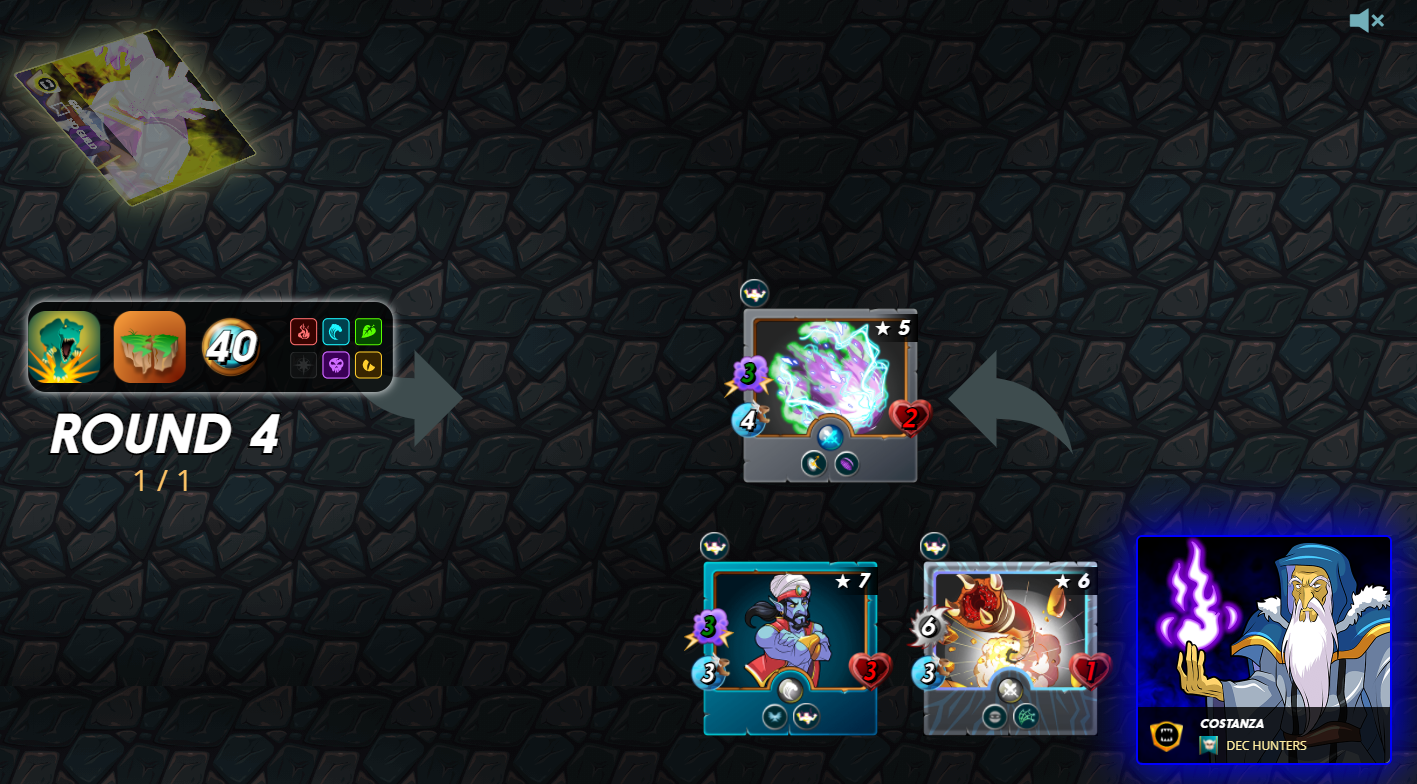 If anything, this battle really showed the power of the Sand Worm as it totally ripped through the backline of my opponent winning this game single-handedly even though my line-up was awful and the opponent had quite high-level cards.

@costanza, you were given LUV from @rentmoney. About LUV: https://peakd.com/@luvshares

Hey @costanza, here is a little bit of BEER from @rentmoney for you. Enjoy it!