One of the more recently added reward cards is being highlighted this week in the Share Your Battle Challenge. This is the Efreet Elder

According to the data on kiokizz.github.io, around 33% of this reward card has currently been printed. I usually just collect single cards during the period they are part of the rewards holding on to all of them looking deciding to level them up or not once I have enough. Right now I managed to earn 20 Efreet Elder cards but I have never actually tried the card.

My first impression was ok stats but doesn't really fit the fire summoner theme which is mostly linked toward melee damage. 9 Health and 2 Magic damage with 4 Speed and a mediocre ability for sure are not bad stats for a 6 mana card.

For as far as the game goes, I'm still fighting for a top 30 Spot in Gold League to end the season in the money but it's looking unlikely for me to reach it unless I really start grinding a lot of games. So I used the Efreet Elder in a pretty random game with High Mana. The game rule was that ranged monsters could be used from first place with all monsters getting maximum mana. The tank I pretty much use all the time was the Chain Golem followed by the Parasitic Growth and 4 magic cards. The Beetle Queen provided extra heal, the Zalran Efreet mainly a reduced ranged damage for the opponent and in last place the Naga Fire Wizard had some good protection against the Sand Worm which many players play with this ruleset. 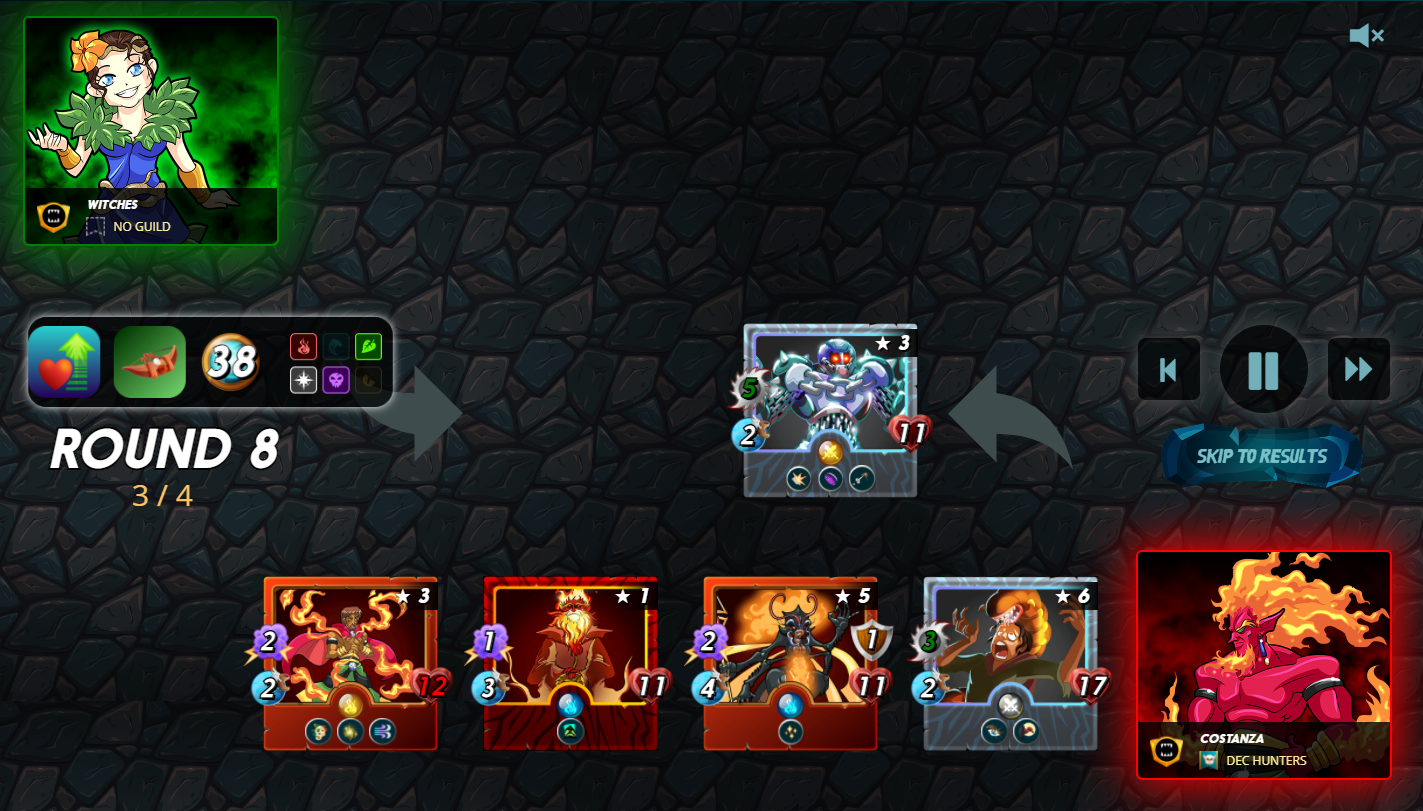 It turned into a fairly easy win and once again with this game rule that increases the health was the case that the player providing the maximum health lost. .

Hey @costanza, here is a little bit of BEER from @rentmoney for you. Enjoy it!

You are the mister fire