One of the old rare Promo cards is being highlighted this week in the Share Your Battle Challenge. This is the Electric Eels

This is a card that I got way back in the days when games didn't have all these rules and players mostly bought 1 really good deck according to their play style. Since the Arlic Stormbringer summoner card & the Ruler of The Seas when I started to playing were too expensive for me, I bought the Epic Xia Seachan to build a deck around melee attack win my Water Splinter. The idea was to have the Sea Monter (Level7) in 1st place, followed by the electric Eels (Level 5), The Crustacean King for a double Heal and Extra Armor, The Pirate Archer for 2 ranged damage with Blast ending the deck with the Pirate Captain for +1 Melee damage and Snipe. That was pretty much what I was aiming at doing a lot of damage to both the 1st and last monster.

Right now this kind of deck building is pretty irrelevant since it's more about having pretty much every card in the game and using the one that suits the game rules the most. Right now there is not much room for the Electric Eels to have a place in many decks that are best to play

For as far as the game goes, I pretty randomly used the Electric Eels just for this challenge. The Kraken as the main tank is a powerhouse combined with extra heal of the Crustacean King and having the Electric Eels along with the Ruler Of The Seas and the Pirate Captain all do damage to the 2nd or 3rd monster of the opponent and the Mermaid Healer makes sure to counter any blast damage from the opponent. 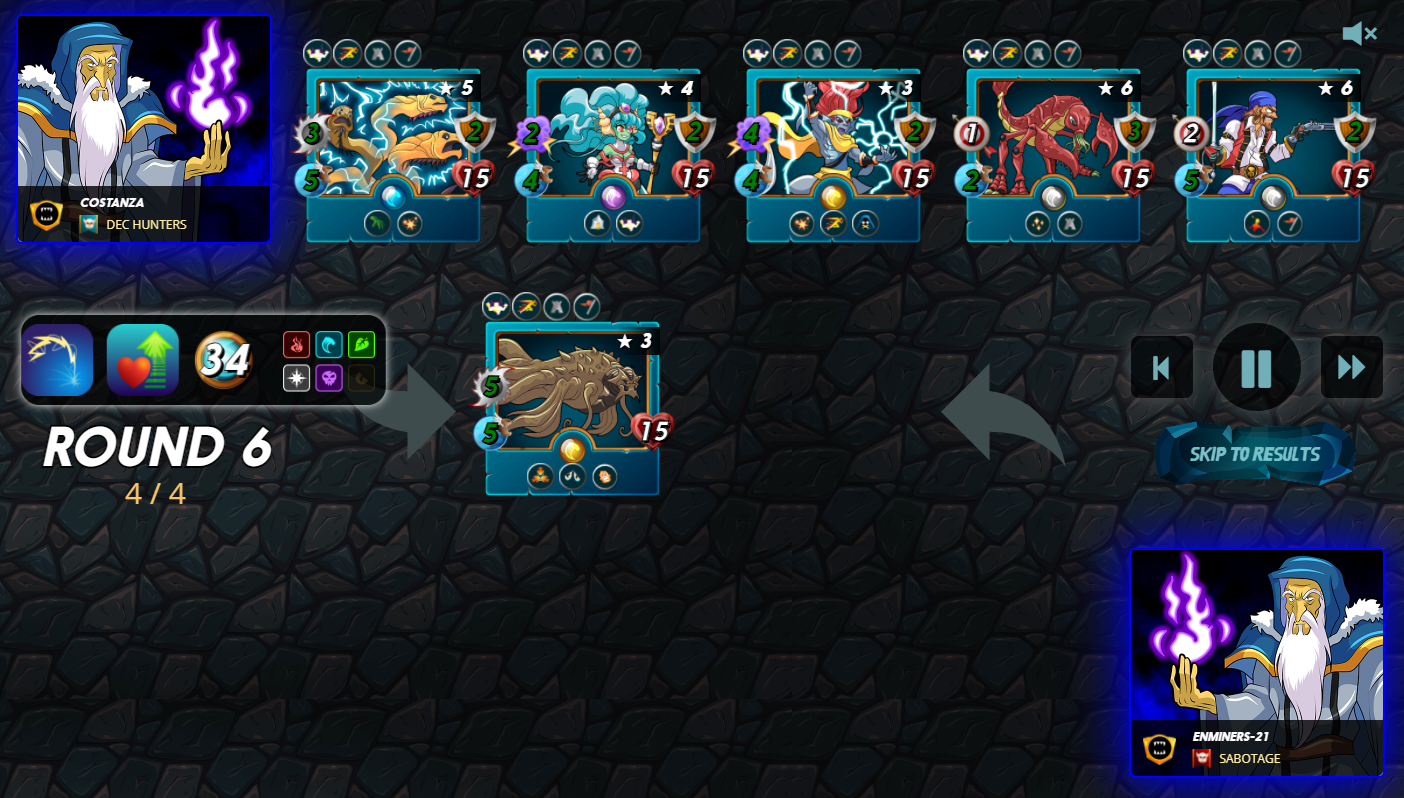 The same core pay2win problems remain present all over Splinterlands even with new players coming in which shows in this match again as the difference in card power made it so that I was never ever going to lose this match before the cards were even picked. I have lost hope in this regard honestly and I guess I accept that this is what 'gaming' is about in 2021 with little to no skill needed to win.

Ahhh the eels in the bigger round with the "Blast".
Nice strategy.